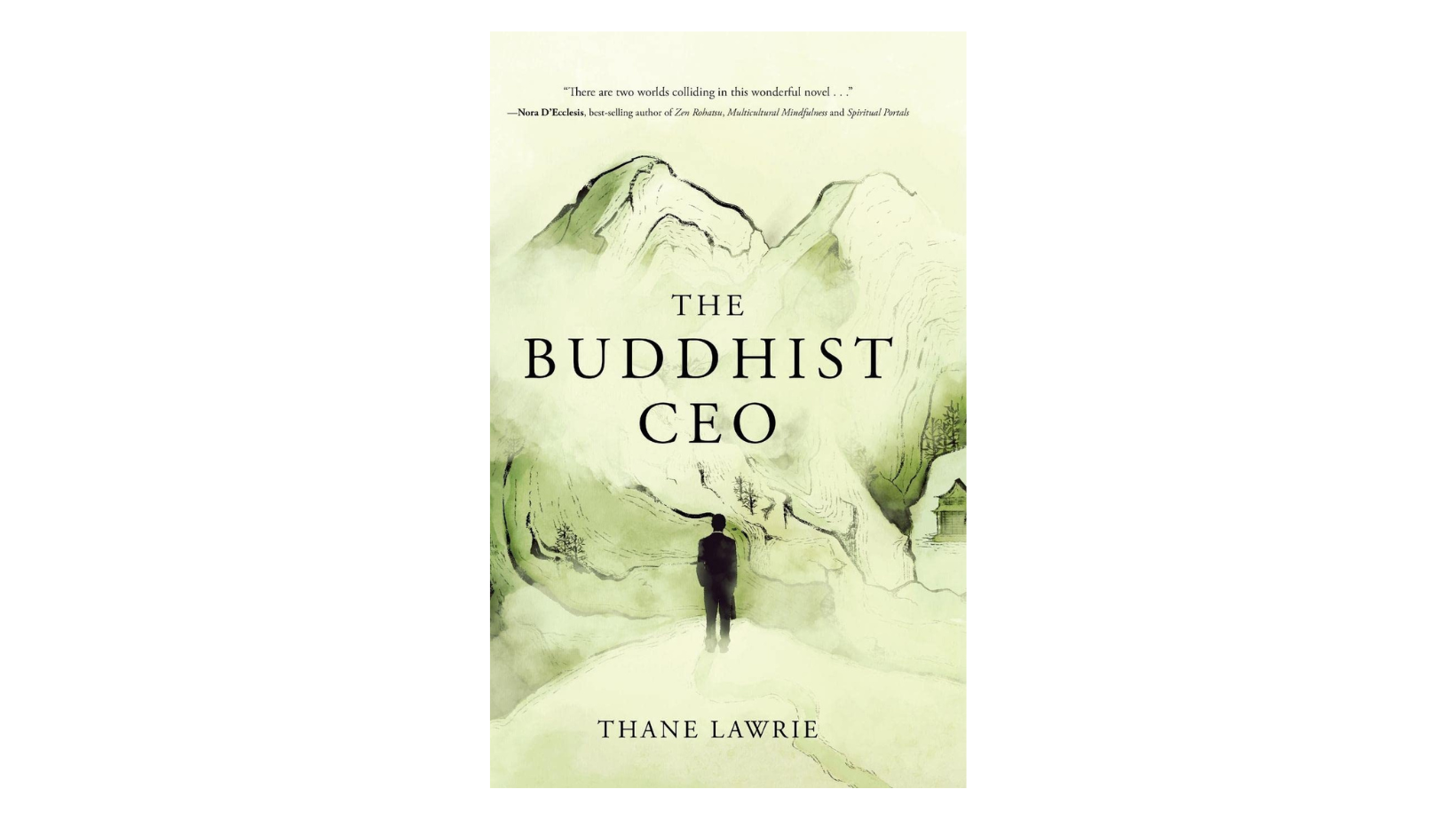 Former CEO Thane Lawrie learned firsthand the impact that the pressures of a leadership role can have on a person’s health. After taking an early retirement in 2021 due to his own health issues, Lawrie, a practicing Buddhist for more than 20 years, drew upon his experiences to inform his new book, The Buddhist CEO, in which he explores through the power of allegory a leader’s struggle to balance the constant pressures of his profession with being a committed Buddhist.

In The Buddhist CEO, the main character, Hamish, has a chance encounter with a Buddhist monk that profoundly effects his life. He dreams of becoming a monk one day, but he loves his family deeply, and at work his compassionate leadership unexpectedly makes him CEO of a struggling nonprofit. Over the years, he strives to apply Buddhism to everything he does, often seeking peace, solitude and everyday answers at a Buddhist monastery.

“On the face of it, my main character is a great success,” Lawrie said. “But he experiences inner turmoil as he deals with the challenges of his role, and the book follows his reflections on how he tries to lead like a Buddhist CEO. He thrives on the highs of making the impossible work, but he despairs at the difficult staffing issues he encounters and struggles with pressures to continually deliver.”

Behind the scenes, Hamish’s staff plots against him, secretly recording his meetings and even taking him to court. Mysterious physical symptoms force a spiritual reckoning. Is it possible for the Buddhist CEO to face these challenges and stay true to his core values and beliefs?

Thane Lawrie lives in Aberdeenshire, Scotland, with his wife and two children. Lawrie was an award-winning CEO for seven years, with his nonprofit company making it into the prestigious Sunday Times 100 Best Companies to Work For in the UK, in six of his seven years in charge. He also won a range of local business awards recognizing the world-class culture he built at the company. Lawrie has been a practicing Buddhist for 23 years, making him well placed to write a book called The Buddhist CEO.