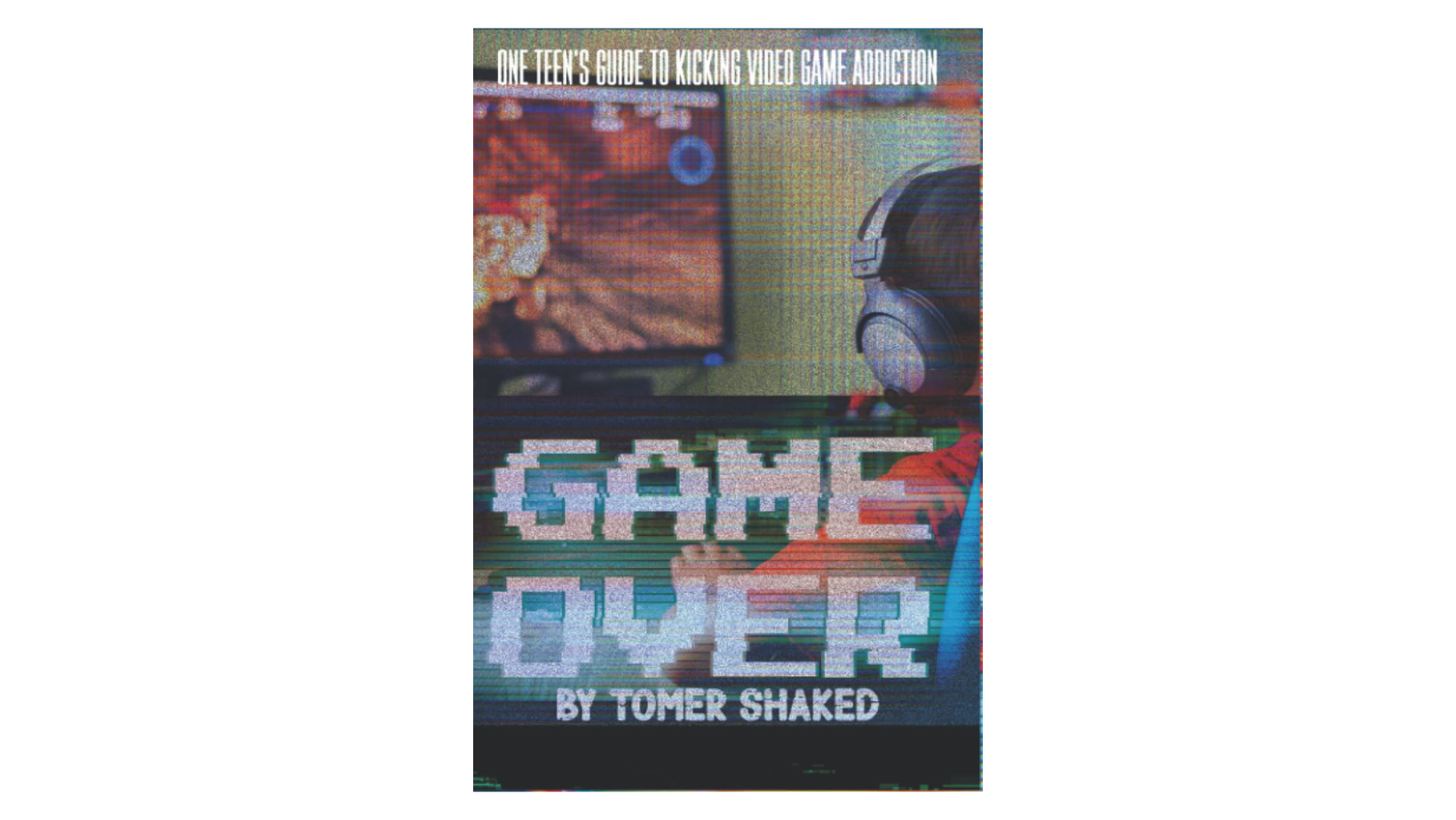 Teenager Tomer Shaked admits that gaming consumed a large part of his childhood — years he will never get back.

“Video games deprived me of many irreplaceable experiences and moments, such as time with family and friends,” he wrote in his new book, Game Over: One Teen’s Guide to Kicking Video Game Addiction. “Simply put, video games create a disconnect from reality, and it’s that disconnect that becomes an addiction.”

It’s common for kids to think grownups are overreacting to the surge in video game consumption, which makes Shaked’s perspective and self-awareness that much more compelling, and worth sharing with other young gamers.

In Game Over, Shaked outlines his relationship with gaming, which began innocently enough as a hobby before it escalated into an unhealthy obsession — an account that will likely sound familiar to many parents and teens.

Shaked also shares practical advice to help others who want to break free from gaming’s grip. He says his goal in writing this book was to “inspire and influence kids and teens to put down the game controller, cut the cord and live life to the fullest.”

Game Over: One Teen’s Guide to Kicking Video Game Addiction is an important read that will help teenagers and their parents recognize what video game addiction looks like.

“Our intent is to reach an audience that is prone to video game addiction as well as those who are close to someone who is deep into gaming,” Shaked added.

Tomer Shaked is a 17-year-old high school senior and first-time author. He struggled with video game addiction from an early age after receiving his first Xbox. He spent years living in a virtual world, choosing video games over almost everything else in life. His addiction lasted until one day, in one moment, when he made a radical change to stop gaming.

He wrote Game Over: One Teen’s Guide to Kicking Video Game Addiction to tell his story and inspire his generation to step outside of the game and thrive in the real world.

To learn more about the author, visit www.goodreads.com/author/show/22509463.Tomer_Shaked.