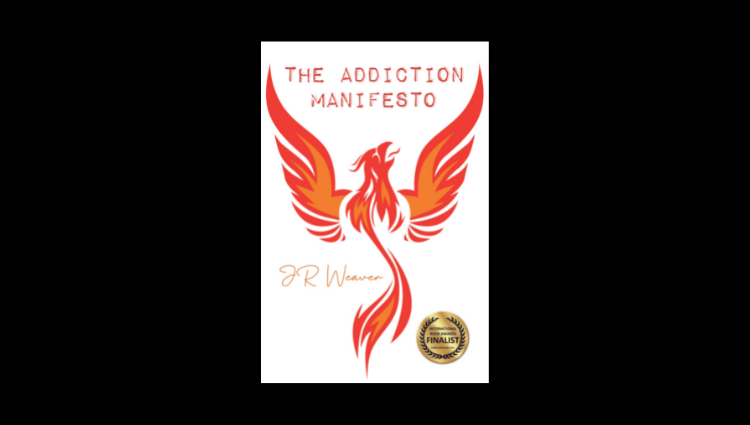 What’s the meaning behind ‘The Addiction Manifesto’
It’s about the games and illusions created by our addictions to keep us captive, it needs to keep us hostage long enough until our life spins out of control, then it owns us.  Addiction has a way of breaking us down, piece by piece, sometimes quickly, sometimes slowly, but the end is always the same, jails, institutions or death.  One of my book goals is to help people navigate thru the early recovery obstacles that often lead to relapsing, if I can prepare you in advance for what is coming then you have a better chance at staying sober and reaching long-term recovery.

What happened to change me?
I was sitting in jail, facing 4 felony burglary charges, and I was also already pleaded into drug court for a few other felony charges, and I really didn’t know if I would be able to walk away. I was probably looking at 10-20 years prison. That was my absolute rock bottom, I had to change so I started writing about my addiction, breaking it down, all the tricks, manipulation techniques, all the triggers. By the time I was released back to drug court (about 90 days later) I had written about 77 pages of what I called my ‘hope manual’ – I wrote it for me and it saved my life, and if it could save a hopeless guy like me then it could save others.

How has sobriety impacted my life?
If addiction takes life, then recovery gives life.  Most people fail to understand that we are always one decision away from a totally different life.  I choose sobriety because I want to have a life.  Addiction doesn’t let you have a life, the mistaken belief is that it’s a 24/7 party, it’s far from it, you crave the escape from reality but it’s a illusion, it’s a never-ending cycle that won’t let you sleep, eat, or enjoy anything, it’s days in a crappy hotel room filled with cigarette smoke, it’s running thru the roughest neighbourhoods in the early morning hours trying to score dope, it’s always about chasing that next hit and hoping that it’s the one that makes all your problems vanish.  (spoiler alert – your problems never disappear, they only get worse)

Who is my targeted audience?
Anyone that is new to recovery and families with members that might be struggling with addiction.  I have a bunch of friends in recovery, and I don’t think I know any that are ‘white chip’ wonders, meaning they never relapsed since they got sober.  It took me about 3-4 times before I found what worked for me, my book helps explain the common pitfalls that often lead to relapse and how to deal with them.

Advice for anyone starting their own recovery journey?
Keep the Faith, trust the process, stay humble, find what works for you,  There is no perfect ‘one size fits all’ recovery program so stay vigilant and find what keeps you sober.  Show up each day to better yourself, stay teachable and stay proactive.  Community is a great resource, meetings really do help, be open and honest about your past.  Keep knocking on those doors, if someone tells you ‘no thanks’ then move on to the next door and the next, there are people and jobs out there that will take the risk on hiring you.

JR’s writings are deeply influenced by his life experiences where he bounced from the streets and prison. After getting out of the army in 1990, JR ran the streets for about 20 years. Due to drinking, he failed out of college and when alcohol was no longer working, he switched to hard drugs. His life was spiraling out of control to the point that he no longer cared about anything or anyone, himself included.

He had lost everything. His family had given up hope on him and his life was a wreck. After facing 2 felony charges in 2 local counties, he realized that he hit his 50th and 51st rock bottom so finally, he decided that he couldn’t continue living like this.

JR decided to reach out to a local VA hospital for treatment and on November 15, 2017, he pleaded into Charleston County Adult Drug Court. However, this was not the end.

He finished treatment and was meeting the drug court requirements when another county hits him with 4 more felony charges. With shackled hands and feet, JR was arrested at the hospital and was taken to another county jail to sit and wait for the consequences of his life.

While sitting in his jail cell, JR did something he thought he would never do. He picked up a pen and paper and started writing about his addiction. He had to stay in that cell for 90 days and all throughout those days, he was consumed with writing everything that has happened to him.

He realized how ugly his addiction was. His addiction didn’t make his problems go away nor did it care if he lived or died. It just made him a fool. Fortunately, the felony charges were pre-drug court so the court was able to roll them with his current charges and after finally being released in court, JR immediately went back to the hospital and resumed his treatment.

JR graduated drug court with no issues and even became their guest speaker in their annual state conference in 2019 and 2020. He also spoke as a guest speaker in the 2018 VetTalkX. Moreover, JR was the finalist for the 2020 International Book Awards in the “Health – Addiction & Recovery “ category. Also, on May 27, 2021, he celebrated his 2nd year of federal employment at the hospital he got sober at.

During JR’s last stint in jail, the pages he wrote became the Addiction Manifesto. To know more about his journey, pick up a copy now.

Interview with William Goldstein, Author of How To Focus