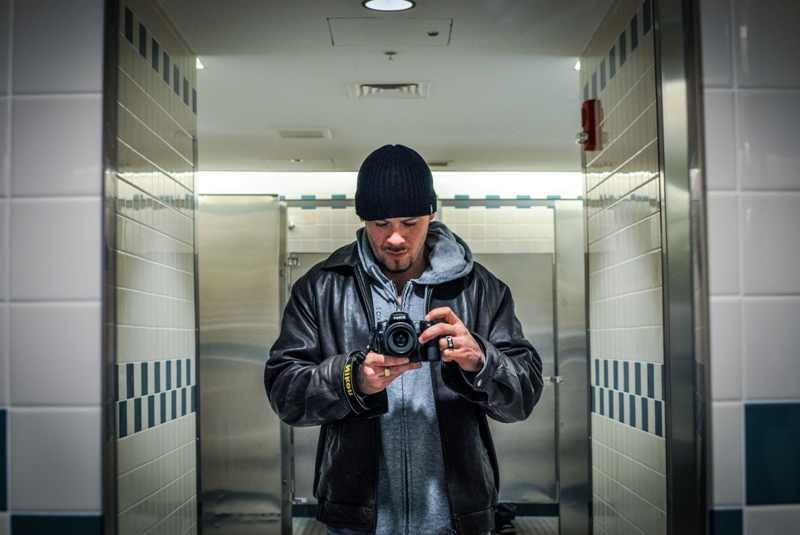 Rey Rey Rodriguez is a renowned visual artist, entrepreneur, and the CEO and founder of The Mind of Rey Rey. He first gained local popularity as a photographer and short filmmaker, and then used social media to help market himself and his artwork. In this article, he gives a quick timeline explanation of his growth, from being handed a camera, to starting his business.

The Good Times of Photography:

When I started photography, it was just a therapeutic outlet for me.  I grew up in a physically and mentally abusive household, and had all of the signs that I had developed PTSD by age seven. In my teens, a friend of mine gave me a re-usable pocket camera with one roll of film, and asked me to “take pictures of the good times.”  He explained, that looking at those photos before I went to bed could possibly help make my nightmares go away.  Less than a year later, I found out that he had passed away, and felt obligated to start shooting.  At first, there were no “good times,” so my photoshoots were all dark and morbid, but the visuals that I captured allowed me to develop a passion for photography. Soon, every time a held a camera, it was a “good time,” and creating art became a hobby and a part of life.

In early 2005 I created a MySpace account, and in 2006 a Facebook page. I posted daily on both. By 2009, Facebook was by far the biggest online platform, with every celebrity, artist, and major business and news source using their account for promotional purposes. So, I began doing the same, by joining every FB group, “friend-ing” and direct messaging everyone in order to share and push my artwork on everyone and to post it everywhere I could. My photography and videos started to gain notoriety, my followers quickly grew, and my artwork was appearing in chat rooms, blogs, and forums outside of the platform. I created an Instagram account in late 2010, and added it to my social media marketing strategy. By 2012, bloggers, small local news and magazines were reaching out to feature me in articles, and I accepted them all.

The Birth of The Mind Of Rey Rey®:

By late 2014, my notoriety has grown, and my artwork was receiving national attention. The amount of time that I was spending on my freelance and personal photography, short films, and on social media promotions was taking up all of my free time, so I decided to do what I was doing for myself, as a full time job for others. I founded, “The Mind of Rey Rey,” a company that would continue to grow my brand, and that offered multimedia, online and social media marketing services that uses the same strategy that I used to expand my business along with newer techniques. I gathered a team of knowledgeable, hardworking hustlers, with similar goals as mine, I trained them on what needed to be done, and got started. Through social media, word of mouth, and the connections I had gathered, the business quickly grew from a small South Florida business, to a national and international company. The rest is history.

Asha Of The Air: A Young Woman Struggles to Break Free From Abuse and Reverse Her Troubled Karma