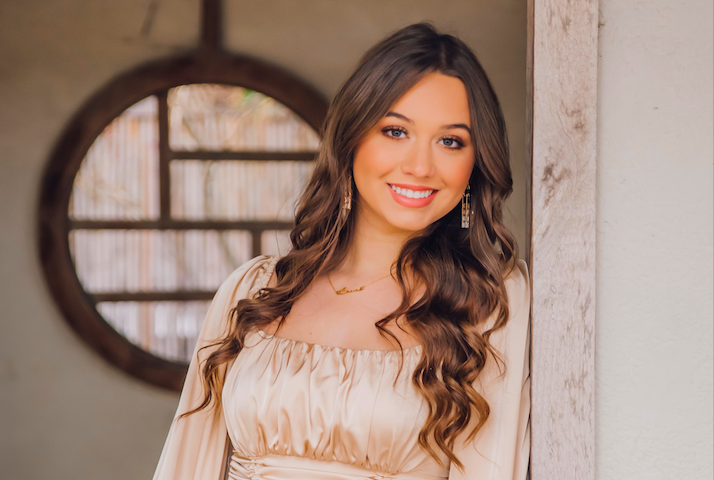 “How Far” (co-written with Karianne Jean) is Laine’s highly anticipated second single, following her debut hit “No Sweat,” which gained press coverage both nationally and internationally, as well as support from Radio Disney.

With relatable lyrics like you wouldn’t cross town to see me play, wouldn’t take your time to make me stay, but now you want me,  “How Far” describes the feeling of never having the chance to love fully.

About Laine Lonero:
Born and raised in The Pelican state of Louisiana, singer-songwriter Laine Lonero earned accolades for her performances in musical theater and opera from an early age. She penned her first song at 13 and went on to win a song-writing contest in Nashville. In 2016, Laine was featured on 4 Kidzbop CD’s and has continued to write and perform throughout her home state and in Nashville, Tennessee. Her debut single, No Sweat, was released on September 18, 2020 and received rave reviews from both fans and press. In February 2021, Laine participated in Nashville’s Country Radio Seminar (CRS).

Talented and driven, Laine displays her potential as a trendsetter in Gen Z pop country music with relatable lyrics and powerhouse vocals. Proficient on guitar and piano, Laine is paving her way to a successful career in the music industry.

Laine will be moving to Nashville, Tennessee in the Fall of 2021 to attend Belmont University (Mike Curb School of Music and Entertainment).
For more information, visit www.laineloneromusic.com and connect with Laine on Instagram, Facebook, Twitter and TikTok.