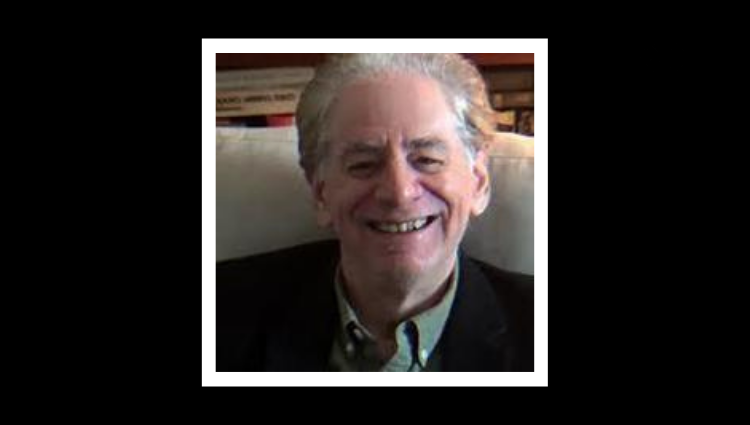 Hello Author Gary Morgenstein, Welcome to WorldAuthors.Org! Tell us about yourself.
I’ve published six novels, most recently my critically acclaimed dystopian political novels A Mound Over Hell and A Fastball for Freedom. I’m also a playwright. A Black and White Cookie, which was nominated for 10 Broadway World awards including Best Play, premiered at Silver Spring Stage outside Washington, DC in October. A Tomato Can’t Grow in the Bronx, which will premiere – Omicron permitting – at Center Players in Freehold, New Jersey, February 11-27.

Where are you from?
I was born in the Bronx, New York and now live in Brooklyn, which some consider the Center of the Known Universe.

What do you like to do in your spare time?
Does a writer ever stop writing? I’m not so sure spare time is a concept we ever fully embrace. But I practice yoga four times a week, love movies and hanging out with my beloved pug Tiger, who sleeps on my lap when I write as my muse.

Can you tell us a little bit about your journey?
Like many artists, I grew up in a dysfunctional family and sought escape in creating my own worlds. The wonder of writing is that you can make things come out the way you wished they had.

If you had to describe yourself in three words, what would they be?
Spiritual, but not observant. Ok, four words. That’s why writers do many drafts.

What inspires you?
That there is more than unites us than divides us. Getting there, well, that’s the climb.

What would be a good subject to start the conversation and break the ice?
I got the idea for my dystopian political trilogy one Sunday morning while my wife and I were listening to The Beatles and eating everything bagels with a shmeer. The notion of an America which had lost World War 3 and was governed by someone named Grandma, while baseball was about to start its last season ever.

That was one helluva bagel, wasn’t it?

Share something your readers wouldn’t know about you.
That I studied martial arts for a dozen years before turning to yoga.

How did you get into writing ?
Either you’re a writer or you’re not. You write because you must, the characters running around in your head clamoring to speak, the need to tell a story. I wrote my first short story when I was eight years old.

Can you tell us what inspired your book/ work and what is the story behind it?
My dystopian political trilogy begins in 2098 after America has lost WW3 to the Islamic Empire. Now surrounded, America is governed by The Family, led by Grandma. Religion and patriotism are banned. Social media is outlawed under the Anti-Narcissism Laws. The society is based on love and relationships. And baseball, disgraced, begins its final season ever at Amazon Stadium.

There is nothing pre-ordained about freedom. This is an America which lost democracy.

Are you working on anything at the present you would like to share?
I’m working on the second draft of the third and final novel in my trilogy, A Dugout to Peace. Once the first draft is done, so is much of the dreaded blank page.

What are your goals and aspirations?
Very simple. To touch people in some way. To make them think or feel for that moment they’re reading my book or watching my play. If I’m very lucky, to have someone rethink a point of view or, at the least, be more open to a contrary position. There is magic in writing, the bonding with strangers, which makes it all worthwhile.