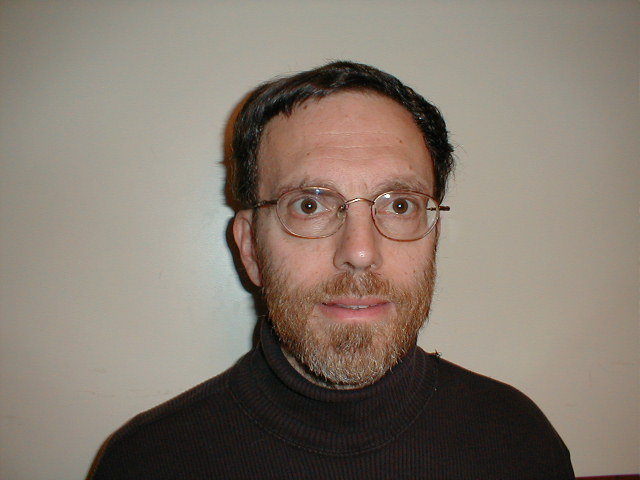 Lenny Cavallaro is a true “Renaissance man” — an author, as well as a concert pianist, composer, hypnotist, karate black belt, chess enthusiast (and “wood-pusher”), futsal referee, and philosopher. He is also devoutly convinced that digital publishing is the wave of the future (cf., JanusLiteraryAgency.com).

Hello Author Lenny Cavallaro, Welcome to WorldAuthors.Org! What is your book actually about?
Well, one could certainly describe it as “a bout with reality”! Seriously, though, it is a book, or more accurately a series, that defies categorization in any set, given genre. I call it a “dark-erotic/spiritual romance” (if such a thing exists), and that is probably an apt description. At its core, it is a love story, but as we soon find out, these lovers must contend with a 2,000-year-old curse (called the Curse). The protagonists are also involved with sadomasochism, but the spiritual aspects are more important than the S/M scenes. Thus, this becomes a series not about kinky sex, but rather about love, forgiveness, gratitude, letting go of anger, and ultimately the spiritual growth required to overpower an ancient malediction.

“Soul fractions” are quite different. The central idea is that when we die, our volitional (or karmic) energies are released. However, they do not necessarily pour into one future identity; they may instead disperse and go into many different persons. These future personalities, or “next” lives, may in turn draw upon the karmic energies of many different sources. Some believe we inherit karma from thirty-six past lives, although others reject the notion of any such fixed number.

The rest of the mystery has a mathematical solution. If the soul fraction is small, it does not manifest significantly in the person’s life. However, if the fraction is larger — whatever number that may be — some of the karmic crises may once again come to the fore. Moreover, if two people have had a relationship of some sort (enemies, friends, lovers, murderer and victim, parent and child, et al.) the fractions may manifest as a recapitulation of their prior relationship and crises.

Of course, this concept does not get developed until the later novels, but just for a “sneak preview”: a dying man placed a curse on his unfaithful wife and her lover: that they would never consummate their marriage. They died, unable to wed, and the curse thereafter took on a life of its own and became the Curse (capital “C”). Over the next 2,000 years, whenever the soul fractions became significant, the Curse successfully blocked the ill-fated lovers. However, at long last Elena and Giovanni (my heroine and hero) have a chance to destroy the ancient malediction. If they cannot, it will destroy them!

Why is Beethoven so important in this novel?
He becomes even more consequential in the subsequent volumes. As we see in CURSED LOVE, my free prequel, it is he who composes the music that will ultimately bring together the lovers who may be able to defeat the Curse. The prequel can be downloaded from my website, https://www.lennycavallaro.com/, where I also discuss soul fractions (on the blog).

The other question is somewhat more serious. I hope readers will open their minds and become more tolerant of people who are “different,” and that they will also reflect on the broader messages within the text.

What’s the most difficult thing about writing characters from the opposite sex?
Characters from the opposite sex did not present anywhere near the challenges of the intersex character who appears briefly in the next two volumes. Although a very minor figure in the narrative, he/she created some unique challenges. Fortunately, I became friendly with someone born with this condition, and he/she [pronouns of choice] generously provided me with considerable information.

Have you written any other books or do you have any books planned for the future? Tell us as much as you are willing to share!
My novel, TROJAN DIALOGUES: THE MEMOIRS OF DIOMEDES, is a re-creation of the Trojan War myth. THE GREATEST CHAMPION WHO NEVER WAS, a novella, is loosely based on the life of Tom Molyneux, the black bare-knuckle boxer. My nonfiction titles include books about the 1978 match for the world chess championship and a famous Revolutionary War brigantine that got trapped in the ice at Plymouth Harbor in 1778. Later this year, Russell Enterprises will release SHERLOCK HOLMES AND THE MYSTERIES OF THE CHESS WORLD, while Fomite Press will publish PAGANINI AGITATO, my late mother’s unfinished novel about the famous violinist (Niccolo Paganini), which I have “edited and revised.” I must append that White Bird Publications will release Volume Two of the saga, PARADISE REGAINED AND LOST AGAIN, and perhaps a third book as well. Finally, I await word on the fate of TWO OEDIPAL PLAYS, my dramatic efforts. HAMLET, REVISITED is a one-act HAMLET with a most unusual twist, while ODYSSEUS ACANTHOPLEX is the conjectural “completion” of an incomplete (mostly “lost”) drama by Sophocles.

As for future projects: I am indeed sketching something, but I prefer not to discuss my work until I have completed at least an edited draft.

Anything else you want readers to know?
I wish merely to convey my sincerest gratitude to those who take an interest in this most unusual series. Anyone with questions should feel free to contact me via my website: www.lennycavallaro.com/

Adrian Lee Zuniga Enthralled Readers With His “The Edge Of Oblivion.”