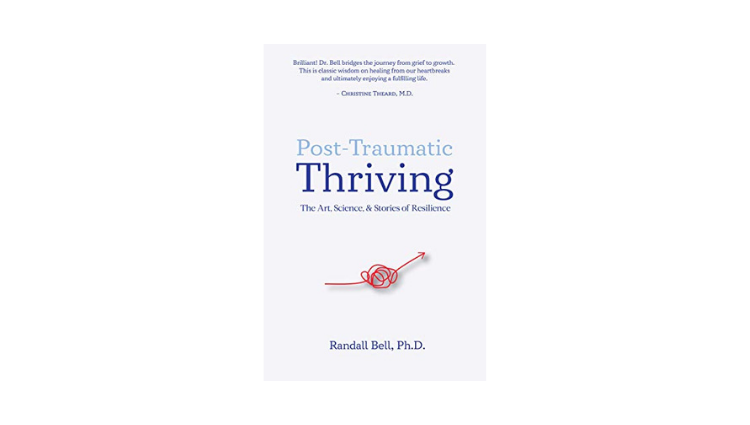 How to Navigate Beyond Trauma and Emerge Stronger than Before

Personal trauma can take many forms, including what Dr. Randall Bell calls the “difficult Ds”: death, divorce, disease, disaster, and destruction. But any circumstances that you’re having difficulty processing and moving beyond can be considered trauma, he explains.

“Trauma affects us all at some point in time,” Dr. Bell said. “But the good news is, we can get through it and actually heal from it.”

In his latest book, Post-Traumatic Thriving: The Art, Science, & Stories of Resilience, Dr. Bell draws upon his decades of experience and scientific research to deliver a three-stage framework — Dive, Survive and Thrive — that can help readers process their trauma, make the conscientious decision to accept help and move forward, and eventually, tap into the energy generated by that trauma to achieve more than they ever thought possible.

In Post-Traumatic Thriving, he shares stories of real people (many of them, like Leo Fender, are familiar) who were able to move beyond trauma and thrive in the aftermath, including:

• A deaf man with a glass eye invented the electric guitar and became a household name, remarkably wealthy and most importantly, happy.

• A convicted murderer took responsibility for the damage he caused, graduated with honors from college, became a minister and turned around the hearts of the most hardened criminals.

• A girl born with cerebral palsy landed the world’s first starring role on national television and spoke at the White House three times.

• A woman hid in a basement for years and lost her entire family in the Holocaust. She eventually found true love and paints stunning artwork.

• The sister of a murder victim helped millions of women in toxic domestic relationships.

• A woman’s car crash resulted in an addiction to prescription drugs, a divorce, a loss of her children and a cot in a homeless shelter. She has rebuilt it all back and more.

• A man set to go to the Olympics had his hopes dashed by Jimmy Carter and went on to build a worldwide business empire.

Dr. Bell juxtaposes outcomes of scientific studies with these stories to reveal common denominators among “thrivers,” revealing to readers a healthy path toward healing and a life where post-traumatic thriving is possible.

As a socio-economist, Dr. Randall Bell has consulted on more disasters on earth than anyone in history. His clients include the Federal Government, State Governments, International Tribunals, major corporations and homeowners. Dr. Bell believes that “the problem is not the problem — the problem is how we react to the problem.”

Often called the “Master of Disaster,” Dr. Bell is squarely focused on authentic recovery and resilience. His research has been profiled on major television shows and featured in numerous magazines and the international media. More information can be found at https://www.coreiq.com/books.

Lady Charlotte Armstrong set to release much anticipated memoir of her journey so far!