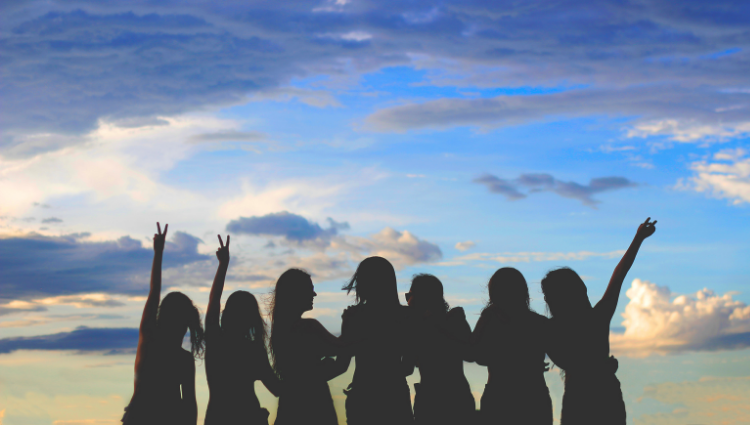 Today is International Women’s day and On this day , I wish the entire human civilisation the very best of times ahead. This day is assigned to salute and commemorate the cultural, political and socio-economic achievements of women. A day to resolve by an oath to erase the gender bias , the aversive discrimination served to them and to value them and celebrate their existence as they truly deserve as mothers of tomorrow – a role that places them as indispensable and esteemed. Yes , the contribution of woman to nation building cannot be graded as secondary, for it is second to none. This entire month of March is dedicated to the female gender and thus marked as the Women’s history month.

History has been witness to numerous attempts by great advocates to raise the status of women on ground zero . Yes lot has been done but it’s not enough as government came and went , yet the desired status stood awaiting . One wonders – Are they victim to bias ? . Probably yes , for even the best of focussed efforts could not place them to the level that they could feel assured , secure and content . Is it , that they desire more than their due ? . No is the prompt answer and rightly so . Yes need for the laws to be framed to endorse their worries as legitimate , as per the various challenges the women face , which requires to be resolved. Though the first National Women’s day was celebrated on February 28 ,1909 to honour the women’s strike against harsh working conditions followed by a strike on March 8 ,1917 when the Russian women’s protested for “ Bread and peace .” It is noteworthy that it was in the year 1945 , when the Charter of the United Nations drafted and endorsed became the first international agreement to affirm the principle of equality between women and men , but it was thirty years later when the year 1975 ,was declared as the International Women’s year and March 8 was celebrated as the first official International Women’s Day by the United Nations . In 1977 , the General Assembly of the United Nations adopted a resolution to declare March 8 as the official United Nation’s holiday for Women’s Rights and world peace.

UNESCO ( United Nations Educational , Scientific and Cultural Organisation ) endorses that International Women’s Day is an occasion to celebrate the efforts made by women as they proceed towards empowering themselves to achieve gender equality globally and with the same belief – The United Nation’s theme for the year 2022 – is “Gender equality today for a sustainable tomorrow” to recognise and celebrate the efforts of the women and girls who are leading the charge on climate change adaptation and response, along with honouring them for their exemplary leadership and contribution towards a sustainable future.

WHY THE NEED FOR GENDER EQUALITY?

The historical past has been very instrumental in constructing a role image and the female gender right from the very early years are both subtly and strongly educated to follow the pattern of behaviour that has been in practise as a social norm . It is a psychological statement promoted by scrupulous sections of the society that the feminine gender embraces as a mandatory rule and the early years become the training ground for the behaviour to follow . Yes, few are lucky to be guided positively and they later on lay foundations to a glorious history of all round performance but the underlining is – that the numbers are very few.

The feminine gender is socially expected and encouraged to perform n number of supportive roles in the name of tradition and their mental and physical capacities are first directed to daily chores and then graded and stereotyped as recessive , however some women become reactionary and thus invite wrath of the orthodox and is graded as a subject of ridicule wrongly . Unfortunately the excess is preferred whereas the balance is needed, so that the so called self declared social judges is given no opportunity to capitalise negatively by instigating the masses wrongly.The Orthodox religious community is a big obstacle in this path of ensuring equality . The philosophical conflict of East and West as different cultural belief is another consuming quagmire . Truth is that the symbolical rebellion is not the first step but unfortunately that is what is instigated forward instead of concrete steps to empower the women across the globe. The conflict of proving superior and degrading other as inferior is another misleading act which does not clear path and vision but unnecessarily misguides many to an unending conflict. The rising fundamentalism is a serious threat to the liberty is what the progressive identifies for the feminine gender so as to achieve the state of parallel status to the feminine gender who have truly been subjected to subjugation for all the wrong reasons.

The consumerist picture of a women is so beautifully painted by the manipulative elements of the society that all the women compete to grab the physical attention and in the process they land up embarrassing themselves as product more than individuals . It is indeed time that maximum numbers among the feminine gender are recognised not by their physical dimensions ( that has become the social norm ) but by their true credentials which are unfortunately left unnoticed . The early breeding years are often the stage of sowing seeds of degraded demarcation and the feminine gender is pushed behind, by falsely advocated beliefs – viz a viz that boys are better than girls in maths , girls are supposed to dress themselves to look beautiful and physically more attractive than their male counterparts , girls mainly are born to copulate and facilitate babies, girls labour less and thus are paid less than their male counterparts, girls must learn to cook as it’s expected of them etc . Honestly the many sets of crafted lies have become the source of psychological practice and behaviour conformity . Many years later when the full grown crop is ready it is unfortunately in habit to adhere to those lessons ( which the society subtly yet strongly inculcated ) , then begins the chapter of rebellion and the unrest so inspired by the ones who pose as liberators . The statistics are supplemented only to endorse a viewpoint which an activist or an advocate desires to press thru to impress their concern . It is time that the true advocates of women empowerment needs to identify the psychological process which serves as the software for years endlessly and correct the guiding belief at the very point of inception.

The socio-political gimmick lately of the veil – pro and against in India , the killings of women by the fundamentalist,the poor girl children who are unfortunately raped and killed , atrocity that the feminine gender faces across the globe as highlighted by the – Me too campaign , girl child disappearance – pointing to human trafficking are many such issues that needs not to be mere addressed in laws which unfortunately is snail paced or defunct or sponsored or unfortunately heavily burdened but put to practise at ground zero as a but mandatory provision of learning. The art of self defence and military training needs to be facilitated to one and all , unmindful of gender and for sure the humanity would be a spectator to a self sufficient and self capable new breed that would be identified as equal and not mere falsely ensured of equality – for the truth is that however hard everyone may aspire the strength is assured from within . Yes support must be given but hypocrisy and pretentious equanimity can only delay and deny equality which truly the feminine gender has been devoid of, as a myth of support is created where capability needs to be reared and strengthened to be feared.

It is noteworthy here that the female species of every animal of the animal kingdom is certainly stronger and the human being is certainly the leader of the pack ( animals ) – so it follows that the feminine gender – the mother of the tomorrow was , is and will be forever strongest – the exploiting practices needs to be curbed and this would follow when the early lessons are well crafted and served to one and all across the globe in this age of information where the web connects as one family . Organisations need only to draft an educational curriculum that advocates to women to balance their status by strengthening self first psychologically and then breaking free from hypocritical belief of consumerism ( where unfortunately the women are projected as product by promoting cosmetic decorations etc ) and discourage them from deviating their energy from empowerment to unproductive acts which only soothes them temporarily as they live in a fool’s paradise for a considerable time only to belligerently fight back or succumb to the subjugation of the other gender . Yes a popularised educational program can do wonders – many countries including India has witnessed mental evolution via the relayed programs – unfortunately the structured programs have not been monitored to yield balance but a reactionary approach where the pendulum was swayed to extreme and momentum of unrest was instigated to be termed as the initial opposition by the male gender . Gender equality needs to be well defined by defining roles and the execution method – desiring concessions and refusing challenges needs to be discouraged by envisaging them well in advance , so as to not suffer job denial at economical front .

A quotation by the famous writer J.K. Rowling rightly endorses the belief that matters –

“ We do not need magic to change the world, we carry all the power we need inside ourselves already: we have the power to imagine better.”

Gender equality is not a subject to be addressed by the women alone but men as well, particularly in neighbourhood and quarters where atrocity is served. Gender bias in the society is an unfortunate claim by the weak and the hypocrite and mainly arises from one’s own perceptual disorder, so the solution lies in amending the viewpoint . ( Many Psychological studies point to the fact that self discrimination in the name of gender is the first mistake that soon multiplies to a blunder and catastrophe later ). Gender equality is the right of the society and the duty of the governing body – education has always done miracle and so it will ….

Maria Pellicano Empowers Readers To Find Their Voice and Message Through Book, ‘The Art Of Powerful Communication’