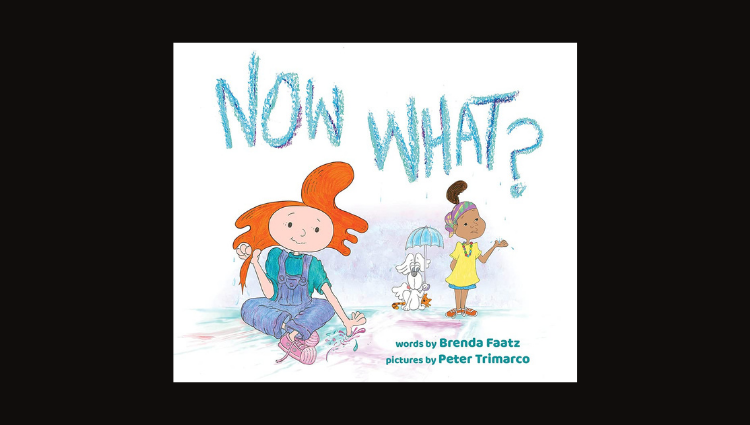 Colorful ‘Lizzy’ Romp Teaches Kids to Live in the Now

Young readers have watched and learned as the impressionable young Lizzy, of the It’s Just So… children’s book series, adapted to a new school, became a big sister and danced with animals in a talent show. Now What? is the latest adventure featuring the precocious redhead, as she and her amusing animal sidekick discover ways to entertain themselves through an otherwise very gray day!

The book title begs the question, and the answers come through in the form of silly mishaps that the contagiously enthusiastic Lizzy turns into new opportunities in this comical romp. Readers are taken on a little journey through a day that brings personal growth and the meeting of Luna, a new neighbor, who just moved from the Caribbean. Together, Lizzy and Luna color their way through inventive play and discovery as they embrace the concept of “living in the now” while being creative with what life presents.

Curiosity, frustration, imagination and a unique perspective are at the heart of Now What?, fromauthor Brenda Faatz and co-author/illustrator Peter Trimarco, who bring Lizzy and the story to life with lyrical rhyme and colorful, whimsical illustrations.

An engaging picture walk for little ones, Now What? is also a fun read-aloud for older kiddos and features subtle yet effective messaging that gives readers of all ages a little something to smile and think about.

Brenda Faatz has an undeniable connection with children. Some say it’s because they instinctively know “one of their own.” A graduate of the University of Northern Colorado with a degree in Musical Theatre, Brenda is a professional singer, dancer, actor, writer and director. Having established herself as a critically-acclaimed actor while performing on stages from Minneapolis to Aspen, Boulder and Denver, Brenda has turned her talents to creating fresh content for youngsters. She has penned music, lyrics and scripts for original musical theatre works for children, and is the founder and director of the Notable Kids Arts Center in Denver. While collaborating with her husband and illustrator Peter Trimarco, Brenda has authored the award-winning It’s Just So … children’s book series because, as she likes to say, “no one ever told me I couldn’t.”

Peter Trimarco started his professional doodling career as an editorial cartoonist before turning to commercial art and designing packaging for both the film and music industries. Along the way, he also established himself on the business side of music as an executive producer and creative director on over 40 productions, with two going on to win Grammy nominations. While staying in the entertainment field, he published a trade magazine for the film industry and ultimately brought his creative juices and publishing expertise to the printed page for youngsters. Peter is a graduate of Lake Forest College, where he studied Literature and Fine Arts. In addition to designing album covers and book covers, he is the illustrator of Ella McBella In The Dark by Laura Pells, and the It’s Just So … book series, which he co-created with his wife, Brenda Faatz.

Become a Top-Tier Manager and Lead Your Team to Greatness