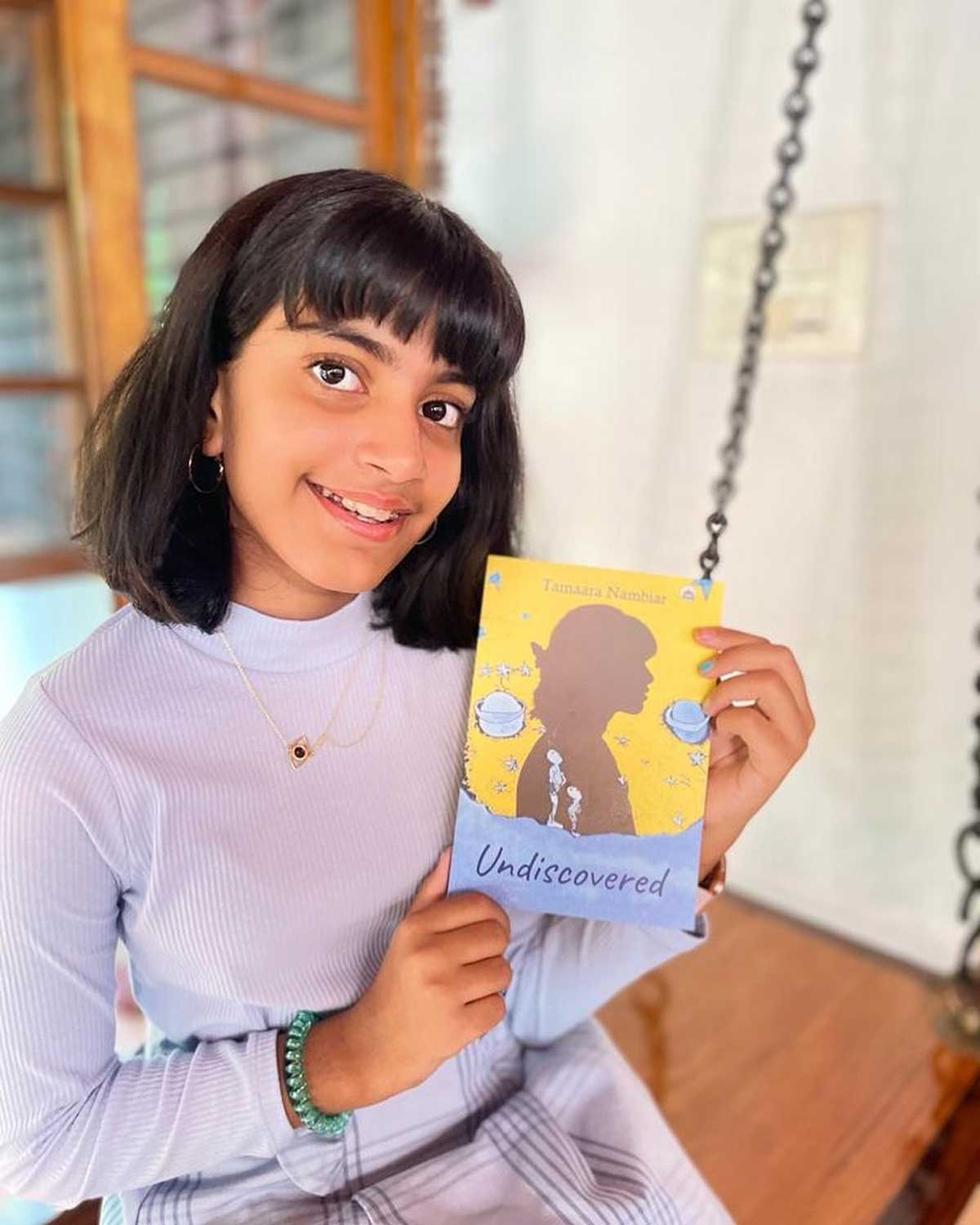 Hyderabad’s Tamaara Nambiar is making waves in the literary world with her debut book “Undiscovered.” The collection of 38 poems, written by the 11-year-old, explores themes such as fairy tales, elements of nature, and karma. Tamaara’s love for poetry began when she was five years old, using her grandpa’s tablet to write her first poem about her perfect day. Since then, she has continued to write and her poems are now featured in her book.

Tamaara’s poems “Into the Blinding Lights” and “Into Darkness” are two of her personal favorites. Despite her young age, she displays an uncommon sensitivity to the human experience and an ability to convey complex emotions with ease. The illustrations in the book are also a product of her imagination, etched on a zinc plate by Tamaara herself and later printed by renowned artist K Laxma Goud.

When she’s not writing poetry, Tamaara is a sixth-grader at the Aga Khan Academy and enjoys studying science. In her free time, she enjoys practicing musical instruments and working on her vocals, with the ultimate goal of becoming a singer-songwriter like her idol Taylor Swift.

The Bookish Stars of Hollywood: A Look into the Written Works of Famous Actors