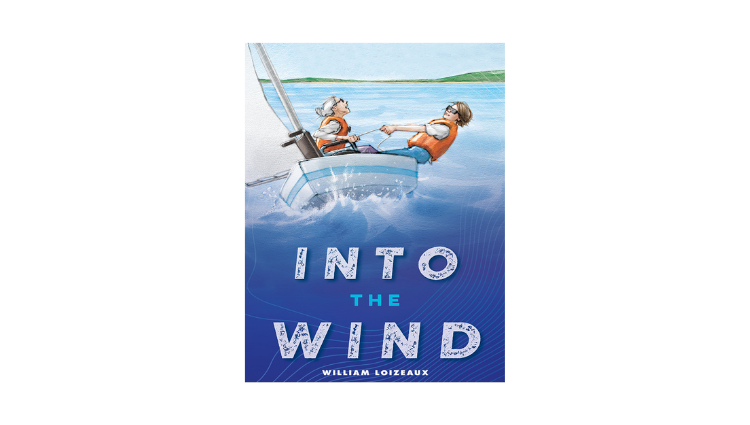 It’s shaping up to be a rotten summer for 10-year-old Rusty, who lives on an island off the New England coast. He’s just flunked 5th-grade math and has to go to summer school. His older sister is bossier than ever. Worst of all, his mom is far away on the mainland — undergoing treatment for her sudden, confusing and exhausting “sadness” — while his dad struggles to keep the household together. Rusty’s only refuge is in caring for and teaching himself to sail a small, beloved sailboat.

That’s when he meets Hazel, a feisty, white-haired old lady in a wheelchair. Hazel is a local artist from an old sailing family, and while watching Rusty bail out his boat at the village dock one evening, she asks — no, demands — that Rusty take her sailing. He refuses. Can’t she see that his boat is full of water? They verbally spar in a scene that gives glimpses into Hazel’s well-honed intuition and hopeful tenaciousness. And so begins a sometimes rocky, sometimes humorous and always unpredictable friendship.

In his third children’s novel, Into the Wind, award-winning author William Loizeaux chronicles a compelling, life-affirming story about the unlikeliest of friends and the impact of forming relationships that cross generational lines and levels of physical ability.

When he isn’t practicing his sailing, Rusty and Hazel spend much of that summer at her cottage on the island. She hires him to clean up her lifetime of quirky accumulations. He wrestles with his math at her kitchen table, while she paints seascapes in her studio.

Eventually, Rusty does take Hazel out in his boat one blustery August day, he at the tiller and she in her wheelchair lashed to the mast. Soaked with spray and literally flying over the waves, they come to better know and feel what connects them, even as — or because — she is approaching the end of her life, and he is still near the beginning of his.

What will happen when Rusty’s mom returns home, when he moves on to 6th grade in September and Hazel’s health takes a turn for the worse?

Into the Wind sails headlong into current-day themes of depression, isolation, sibling rivalries and death, and delivers a bold, honest narrative that will resonate with readers of all ages.

William Loizeaux is an award-winning author of books for young readers and adults, as well as a writer of stories and essays. His children’s novel Wings received the 2006 ASPCA Henry Bergh Award and was the 2006 Golden Kite Honor Book for Fiction. His memoir, Anna: A Daughter’s Life, was a New York Times Notable Book, and his novel The Tumble Inn was the grand prize winner at the 2015 New York Book Festival. Loizeaux has been writer-in-residence at Johns Hopkins and Boston University. He lives with his wife in Washington, D.C.

How to Overcome Codependency and Build Healthy, Reciprocal Relationships