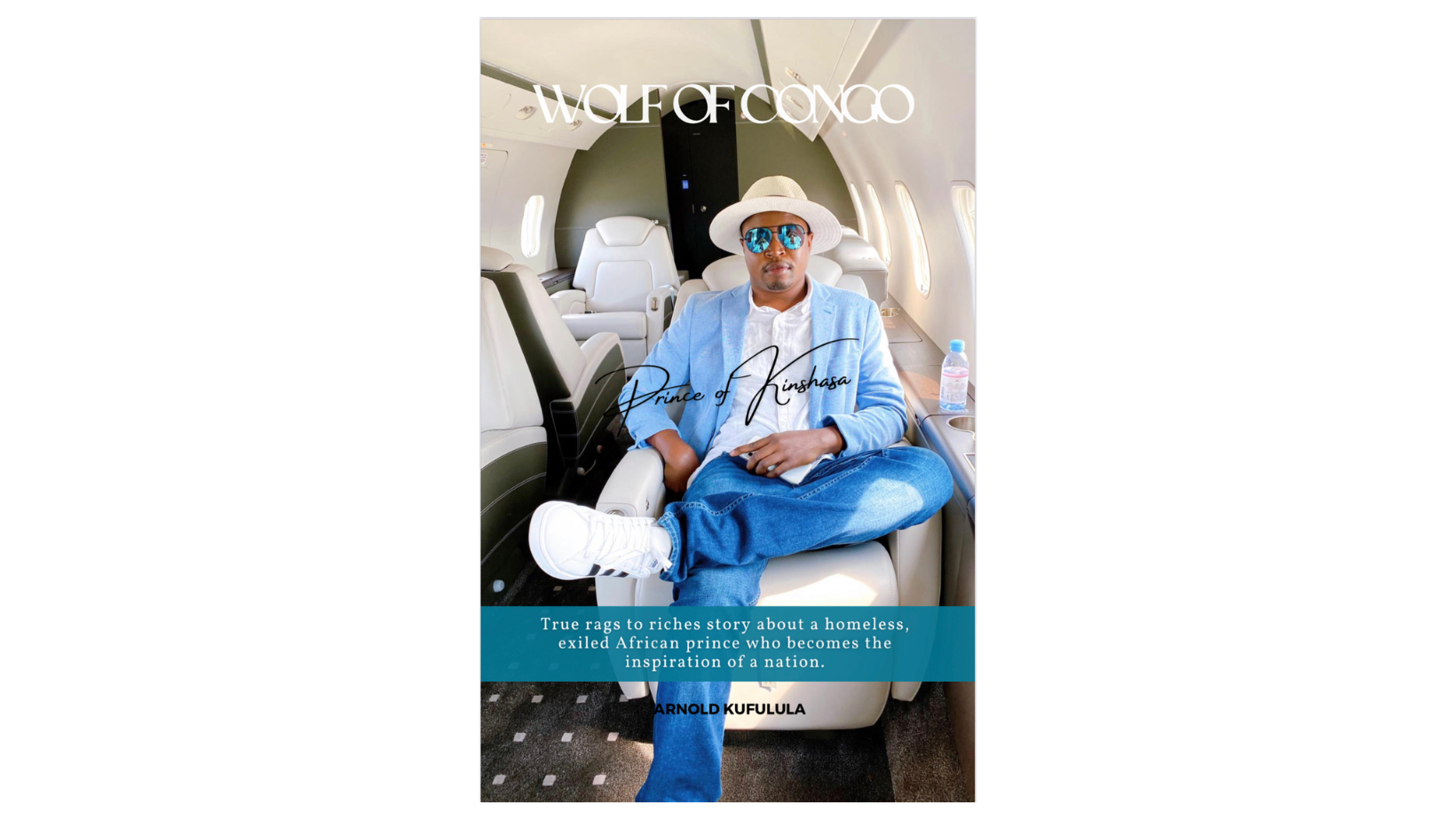 Wolf of Congo – True Rags To Riches Story About A Homeless, Exiled African Prince Who Becomes The Inspiration Of A Nation

Wolf of Congo: Prince of Kinshasa is a non-fiction memoir and self-help book based on the true life story of Prince Arnold. The highly anticipated inspirational biography is a book that the Congolese prince co-authored with the purpose of telling his story to inspire African excellence. There are few accounts of events captured in book which resemble Wolf of Congo, and there’s never been a better time than this to share this rags to riches chronicle.

As a youth, Arnold had never stepped into a palatial mansion, being waited on hand and foot by maids and butlers of the Kufulula estate. The poor boy knew no etiquette rules and had never mingled with the upper class nor indulged in the privileges and frivolities of high society. All he knew was an impecunious livelihood with his mom. Growing up, his house was a tiny structure in the inner city of Kinshasa. He lived in poverty and thought he be poor forever, but all that changed when mysterious people arrive to take him away and introduce him to different reality.

Beyond learning about Prince Arnold’s African origins and discovering the context of the life which made him the self-made multimillionaire mogul he is today, readers get a chance to connect with the fact that the prince started from the bottom (as a homeless street kid of Kinshasa) and became a self-made mogul. The story surrounding his rags to riches rise is inspirational and deserves to be heard. If a homeless kid from Kinshasa can become a prince and a multimillionaire, than anything is possible for those who believe.