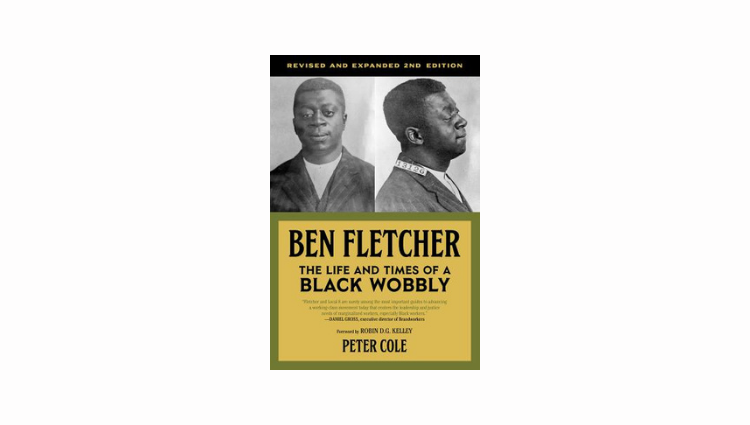 MACOMB, IL – Western Illinois University History Professor Peter Cole recently launched a second edition of his book, “Ben Fletcher: The Life and Times of a Black Wobbly,” an expanded and revised version of the first edition. The second edition has drawn readers’ attention far more than the first because more Americans are focused on fighting racism, compared to past years.

Cole was originally inspired to write his book when searching for a dissertation topic back in the mid 1990s. While in a graduate seminar, Cole read a book about the history of the Industrial Workers of the World, a powerful and radical union that was most influential in the early 20th century. This union was targeted for its radical views despite doing nothing to interrupt the U.S. war effort during World War I. The U.S. Congress had passed a law that made it a crime to speak out against the war.

Cole was fascinated by the fact that Ben Fletcher was the only African American among the union’s leaders who were arrested and later found guilty in a massive trial in Chicago in 1918.

Four years after the war, nearly all those imprisoned for their “crimes,” including Fletcher, had their sentences commuted, and a decade later, he and the rest were pardoned.

Cole chose to write his dissertation on the union that Fletcher helped found and lead. Fletcher’s union was the most racially and ethnically integrated one in the entire U.S. in the 1910s and 1920s.

Cole’s dissertation became his first book, “Wobblies on the Waterfront: Interracial Unionism in Progressive-Era Philadelphia” (2007). As a “side project,” he also created “Ben Fletcher: The Life and Times of a Black Wobbly” (2007). It originally was published by the Chicago-based Charles H. Kerr Press, but PM Press solicited Cole to return to this project.

Cole said one of the ways Fletcher was radical was in fighting hard against white supremacy and xenophobia. Cole said he is sympathetic and does his best to be an antiracist himself.

“To me, and a great many others, Ben Fletcher’s story is quite inspirational, yet he’s almost entirely unknown–even among historians of the United States and even among my ‘tribe,’ labor historians,” Cole said.

Cole has spent the past 25 years trying to bring more attention to Fletcher’s story, just as he relates his story to John Lennon’s song “Working Class Hero.”

“Ben Fletcher, as a leader of a powerful, yes radical union, was a working-class hero. I believe we need more examples like him–so that ordinary folks can know that they can and must fight the good fight,” he said. “It’s not surprising that many people want to get rich. That doesn’t deserve any particular respect. But what about someone who struggles to help others as well as themself? To me, that’s impressive and worthy of amplification. At its bottom, a labor union is about people coming together to help each other—not just oneself.”

Cole is bringing dozens of interested people, and several unions, together to raise money for a monument for Fletcher, who was buried in an unmarked grave. Fletcher died poor after spending his entire adult life helping others, and he suffered for it.

Cole believes that helping to raise funds for a marker will help recover his memory. Cole hopes Fletcher is remembered the same way John Lewis, Cesar Chávez, or Walter Reuther are rightly honored.

To make a donation for a marker, contact Professor Cole at P-Cole@wiu.edu.