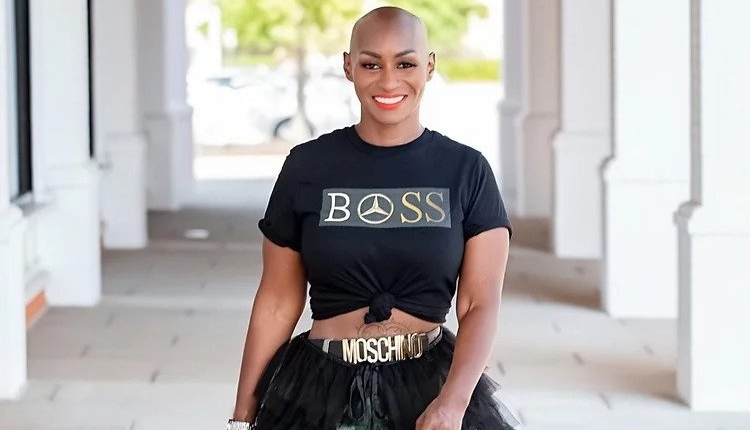 The Making of a BO$$: A Story of Hope from a Black Female Author and Entrepreneur

If there’s one thing the world needs right now, it’s hope. In the turmoil and pain of the Black Lives Matter movement, many wonder if there is a brighter day on the horizon. For those in Washington D.C., the feeling is intensified as the location is a hotspot for the movement. For Chelley Roy, a black author and entrepreneur from D.C., she is all too familiar with the need for hope. She shares her story of hopelessness and healing in her book, The Making of a BO$$.

Growing up in D.C. when it was known as the nation’s Murder Capital and at the height of the drug epidemic would be hard enough for anyone. Now imagine growing up in D.C. at that time, and your mother is an underworld crime boss. “Lady D” was the secret identity of Chelley’s mother, unbeknown to most until her untimely death when Chelley was twenty years old.

“I was a 20-year-old young woman and mother of a 3-year-old at the time of my mother’s passing,” explained Chelley. “My mother’s death rocked my world and was very devastating. Trying to process my life and what my future would look like moments after learning the news of my mom’s passing and the realization that she was never coming back was a hard pill to swallow. The detectives weren’t moving fast enough, they weren’t being productive enough, nor were they asking the right questions. So, to avoid my mom being another statistic and have the case run cold, I felt I needed to take matters into my own hands. For me, that meant running my own investigation, while trying to keep my family safe from the murderers/neighbors who lived among us next door!”

In this turbulent time when hope felt scarce, Chelley stepped up and took her mother’s murder investigation into her own hands. She ultimately became involved in one of the biggest trials of the century.

The author’s life story may be extraordinary, but many will see themselves in her account of her mother’s life as a crime boss, her untimely death and her family’s troubled relationships. Everybody has gone through times in life where everything seems hopeless and out of control.

But flash forward to today. Chelley Roy is an entrepreneur, the CEO and founder of the lifestyle coaching brand Get Tea Waisted, and a proud wife, mother and grandmother. She seeks to provide her family with the safety and security she didn’t always have growing up, and to share her story with others who may feel alone in their struggles.

“My life story has a happy ending,” Chelley said. “But of course, it hasn’t always felt that way. I decided to write this book and share my story to gain clarity and to get the closure I never received. I wanted to be transparent and finally open up about the many ways in which my mom’s untimely murder impacted and changed my life forever. I don’t want anyone else to feel alone or feel this type of pain and feel like they too could not make it through the pain. There is hope!”

Hope. A powerful reminder in today’s world from a woman who has overcome so much.