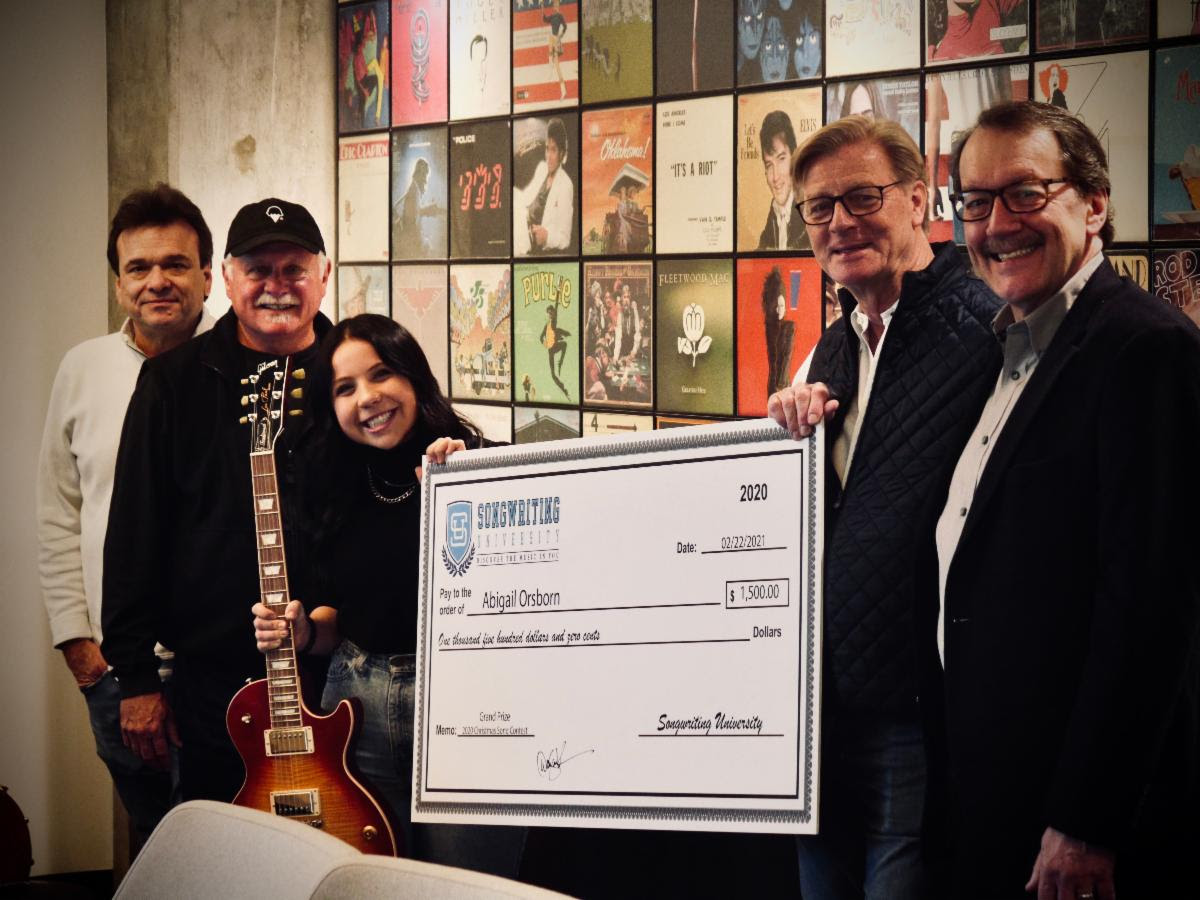 The three powerhouse organizations joined forces to not only discover the next generation of songwriters, but to provide critically-needed support for cancer patients, families, and research. Five dollars of every contest entry supported the work of the Scott Hamilton CARES Foundation, founded by Olympic gold medalist and cancer survivor Scott Hamilton. His foundation is dedicated to funding advanced, innovative research that treats the cancer and spares the patient. The grand prize winner received a Gibson Les Paul guitar, courtesy of Gibson Gives.

Songwriting University, whose unique services and world-class staff have been profiled in ForbesMagazine, among other media outlets, provided a distinguished panel of songwriters, artists, producers, and music professionals, including award-winning songwriters Buddy Greene (“Mary Did You Know”) and Wayne Kirkpatrick (“Change the World”), along with trail-blazing music industry manager and record executive Michael Blanton (Amy Grant, Michael W. Smith, Reunion Records), to select the ten outstanding finalists who were awarded thousands of dollars in cash and prizes, including a check for $1,500 in addition to the Gibson Les Paul guitar for the grand prize winner.

Given the extraordinary circumstances of 2020, the contest offered a unique platform for songwriters to express their creativity, inspire others through their art and do it all for a good cause.

“We were so honored to partner with Scott Hamilton and his foundation for this contest,” says Michael Blanton, one of Songwriting University’s founders. “To be able to provide some levity and light at the end of such a dark year was an honor and a testament to the healing power of song.”

The remaining finalists are listed below. The third, fourth, and fifth place winners will receive a two-hour songwriting session with a hit songwriter ($499 value), and the sixth through tenth place finalists will receive a one-year subscription to SU/MasterClass ($90 value).

Per the terms of the contest, winners were chosen in an anonymous, blind judging process, with the names, bios, and addresses of the songwriters hidden from the judges.

Winning songs were selected for originality, melody, lyrics and composition/structure. Performance and recording quality were not considered.