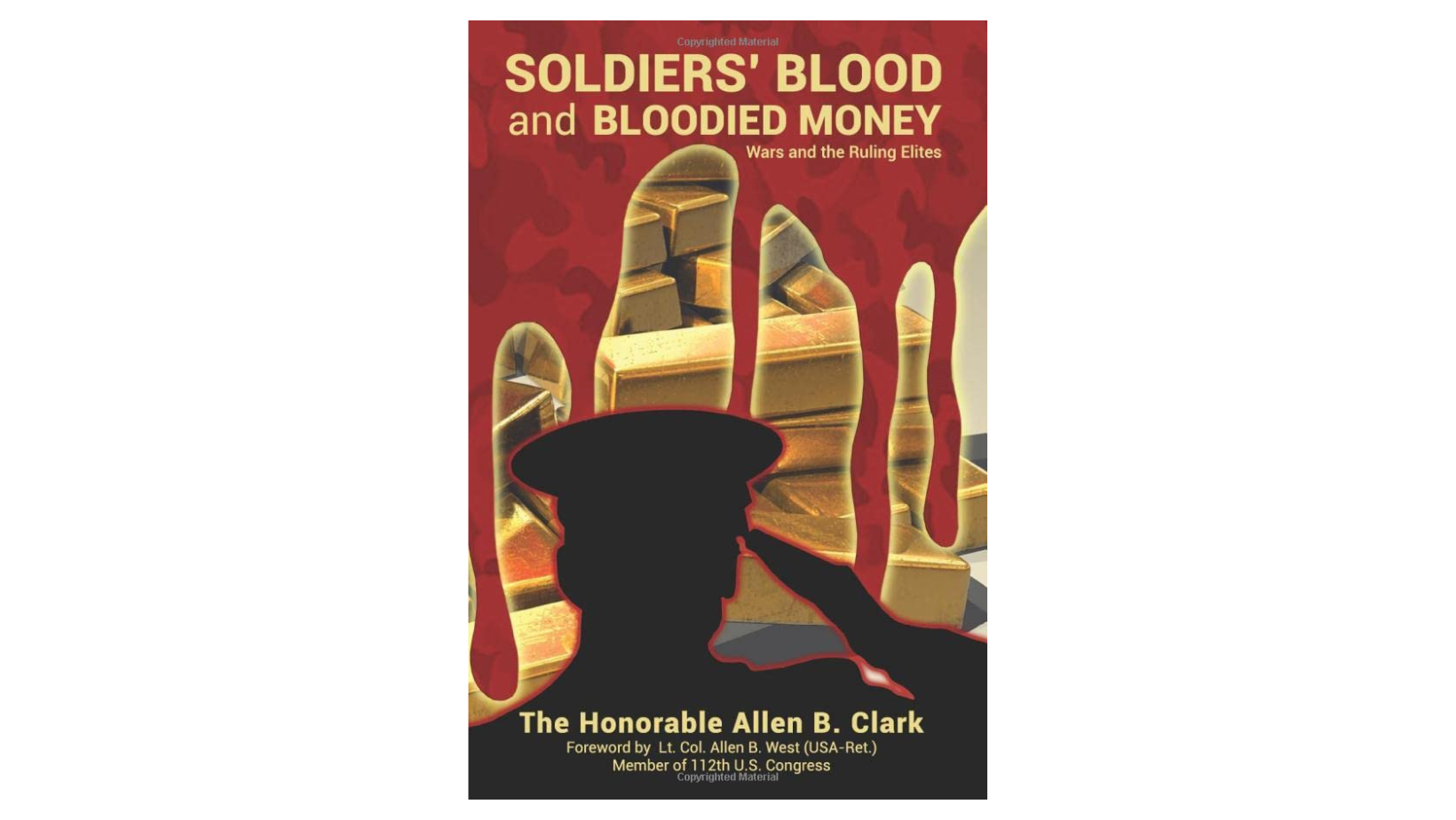 Allen B. Clark returned from the Vietnam War a double-leg amputee. It took 15 months of rehabilitation, 20 surgeries, eight years of psychotherapy and his faith in God to help him heal.

Through the years, Clark became involved in politics and was eventually appointed as an assistant secretary at the National Department of Veterans Affairs. It was through that appointment where Clark met and mentored hundreds of veterans and listened to their stories. The blood lost — the lives lost — haunted him, and he began to study the history of wars intensely. The undertaking consumed him, and he didn’t stop until he uncovered what he calls “the story behind the story” of why the United States gets involved in wars.

In his revealing new book, Soldiers’ Blood and Bloodied Money: Wars and the Ruling Elites, Clark shares the results of his extensive and concentrated research. His findings, drawn from sources published as far back as 150 years ago, point to individuals and institutions throughout history who have fostered and fomented horrendous wars, including arms merchants; religious entities and their leaders; politicians; international bankers; media titans; and lawyers.

With a special focus on the American Revolution, Civil War, Spanish-American War and the “Banana, Banker and Oil” wars in the Americas, Soldiers’ Blood and Bloodied Money aims to reveal the political, financial, business, religious, social and propaganda truths behind the initiation of wars.

“These truths illustrate that we young patriots, who have gone off to fight in wars, are merely pawns in a much larger chess game of life — a game where the captains and kings and knights and bishops are the ones who often profit immeasurably in terms of financial gain or increases in power,” Clark wrote in his book. “Meanwhile, we perish or suffer immense physical and emotional wounds from which many of us never heal.”

The Honorable Allen B. Clark is a 1963 West Point graduate and PTSD survivor who lost both legs below the knees in 1967 following an enemy mortar barrage while serving in Vietnam. He is a recipient of a Silver Star, America’s third-highest decoration for Gallantry in Action, a Purple Heart, and the Combat Infantryman’s Badge.

He has served as a special assistant to the governor of Texas and as the Assistant Secretary for Veterans Liaison and Program Coordination, and Director of the National Cemetery System in the U.S. Department of Veterans Affairs. In 1993, he was recognized by the Military Chaplains Association with its National Citizenship Award. He is a frequent motivational speaker. In early 2018, Allen received the Patriot Award from the Greater Dallas Military Foundation, and later that year, he received the Sons of the Flag Legacy Award.

Destined to Fly: The Fascinating True Story of the Pilot to the King