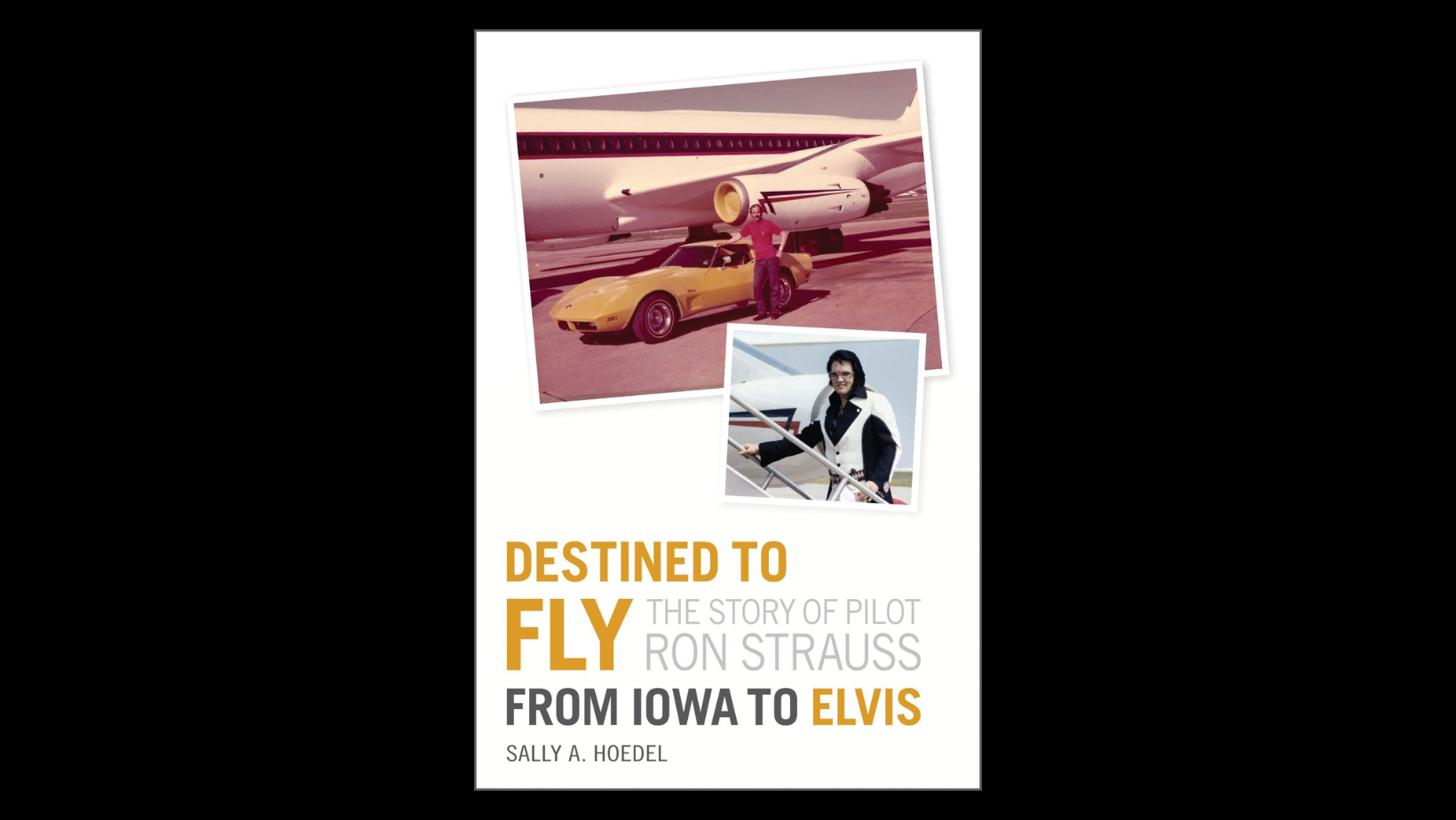 Destined to Fly: The Fascinating True Story of the Pilot to the King

Traverse City, MI, October 3, 2022 — Destined to Fly: The Story of Pilot Ron Strauss – From Iowa to Elvis, from noted Elvis historian and journalist Sally Hoedel, retraces the life of an ordinary boy from Iowa as his life takes an extraordinary turn and he becomes a pilot of one of the most famous airplanes in existence — Elvis Presley’s 880 Convair, the Lisa Marie.

From an early age, Strauss had a desire to be involved in aviation, and he served 12 years in the United States Air Force. As a flight engineer, Strauss flew 3,400 hours during the Vietnam War, departing California with supplies and returning with fallen soldiers. As a pilot, he was instrumental in peacefully resolving a hijacking conflict involving General Somoza in Nicaragua in 1974. One of the political prisoners who Strauss flew to Cuba during that ordeal is now the president of Nicaragua.

Through a series of serendipitous events — and one stress-filled interview with Vernon Presley — Strauss landed a job piloting Elvis’ plane from 1975 until Elvis’ untimely passing in 1977.

Destined to Fly offers a personal glimpse of Elvis during the busiest touring years of his career. Along with never-before-seen photos from inside the famous airplane, the complete record of where Elvis traveled aboard the Lisa Marie, whether on tour or on retreat, is available as an appendix in this book. Strauss’ flight log is an incredible historical document, and it is printed in its entirety for the first time ever.

“Ron Strauss certainly cannot be reduced to the nearly two years he flew Elvis Presley,” Hoedel said. “His story is more vast than that short period. However, the book does capture Elvis Presley as a boss and a leader within a very unique organization. Elvis fans will walk away with new information about the Lisa Marie and what it was like to be called up in the middle of the night for an unscheduled destination at the request of the King of Rock ‘n’ Roll.”

Hoedel examines the eight decades of Strauss’ journey thus far, as she explores the roots of his character and the hard work and perseverance behind his successful aviation career.

“This story is a slice of Americana,” Hoedel added. “It has a little John Wayne, a little Ronald Reagan and some Elvis. I think there’s something for everyone, and there are some great lessons along the way.”

Hoedel forged a close friendship with Strauss, she explained, which began years before he agreed to share his life story with her.

“I am proud to capture this amazing tale of hard work, perseverance, dreams, love, life, family and flying on the pages of this book,” she said. “More than anything, I value the friendship that emerged despite the 40-plus-year age difference. The life lessons from Ron will stay with me for a lifetime, and I hope with my readers as well.”

Sally A. Hoedel is the author of Elvis: Destined to Die Young. Focused primarily on explaining the genetic health issues the King dealt with, the book was the first in what will be at least a three-book series exploring aspects of Elvis Presley’s life. She has been honored with an Independent Publisher Book Award and a Pencraft Award for best nonfiction book of 2021. A lifelong Elvis fan and writer, she has a journalism degree from Michigan State University and is co-owner of Character Development and Leadership, a curriculum business. Hoedel lives in Northern Michigan with her husband and four daughters.