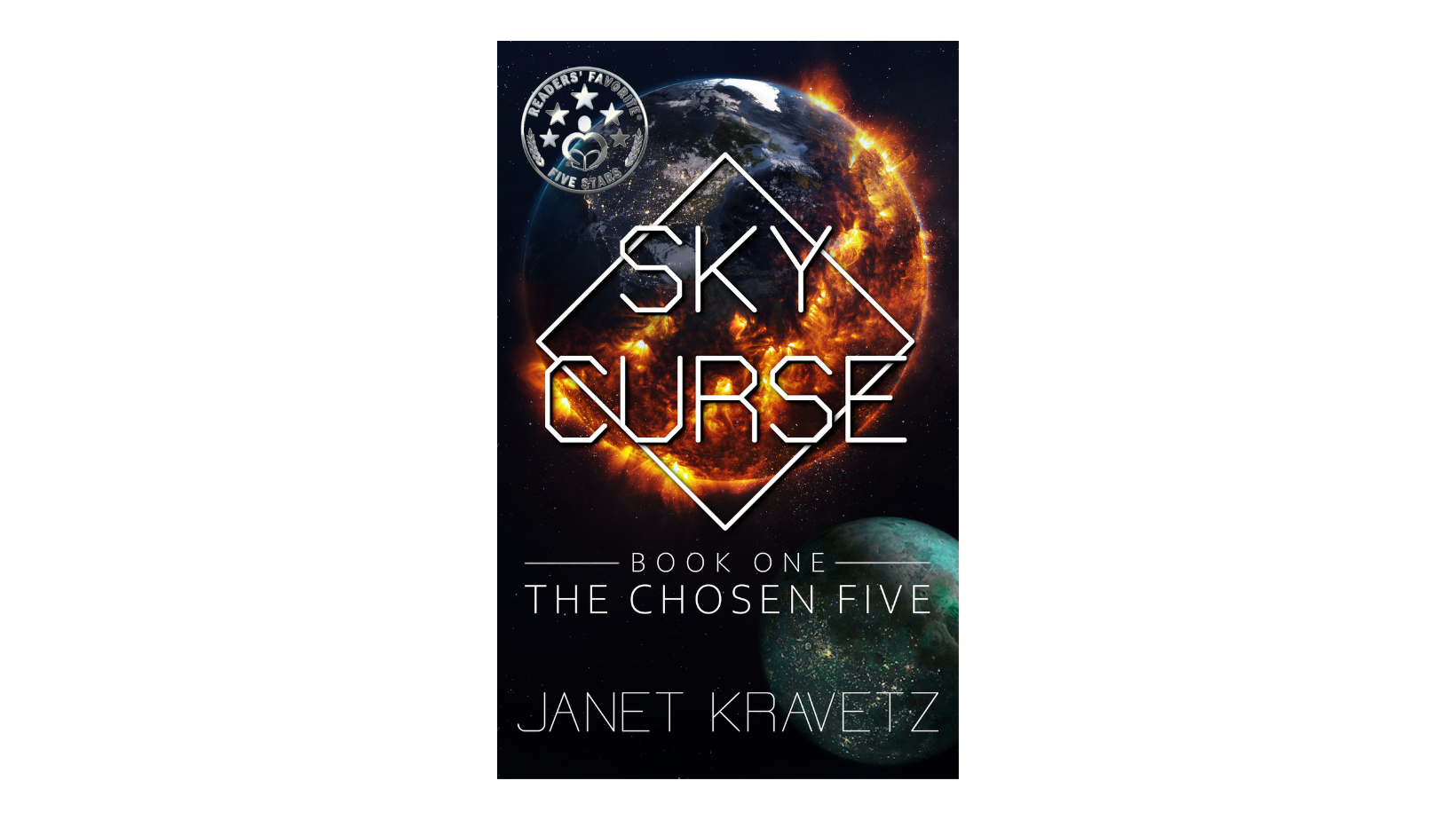 Sky Curse: The Chosen Five is a Genre-Blurring Debut Novel in a New Series

While most book reviewers agree that Janet Kravetz ’s Sky Curse is an exceptionally written sci-fi series, some argue that the debut novel Sky Curse: The Chosen Five can easily belong to a few genres. Here are some quotes that support this argument:

The final quote from Jamie Michele at Readers’ Favorite adds yet another element:

“Sky Curse is dystopian hard science fiction but there are fantasy elements, and if we removed it from any of those genres it could easily be labeled solid eco-fiction as well.”

To summarize, so far, the genres that have been mentioned for Sky Curse are as follows:

Janet Kravetz (also known as her pen name Topaz Ruby) is an award-winning Canadian author, poet and artist. From practicing law to conducting research and policy analysis to writing poetry and science-fiction in a world that constantly keeps changing, her character arc keeps evolving. She has been living in different worlds, watching them prosper, struggle or even collapse (Ukraine aka former Soviet Union, Israel, Canadian province of Nova Scotia). When asked about her cultures, traditions and languages (Russian, Hebrew and English) as well as her wishes for world peace, she refers readers to her 2014 Beverly Hills Book Awards winning poetry book Reaching Beyond Ourselves: Leading A Spiritual, Peaceful and Diverse World (Amazon Books). When asked about her thoughts on Earth’s prospects of survival, she refers readers to her near-future debut sci-fi and fantasy novel series Sky Curse (40 Years Press).

Kravetz aims to educate readers and start a public discussion about the interconnected topics of environmental sustainability, technological advancements and mental resilience. Sky Curse series is a highly entertaining educational piece as well as a call for action to debate the most pressing questions of the next decades.

Find out more at: www.authorjanetkravetz.com

Have you ever noticed how often we equate success with more?