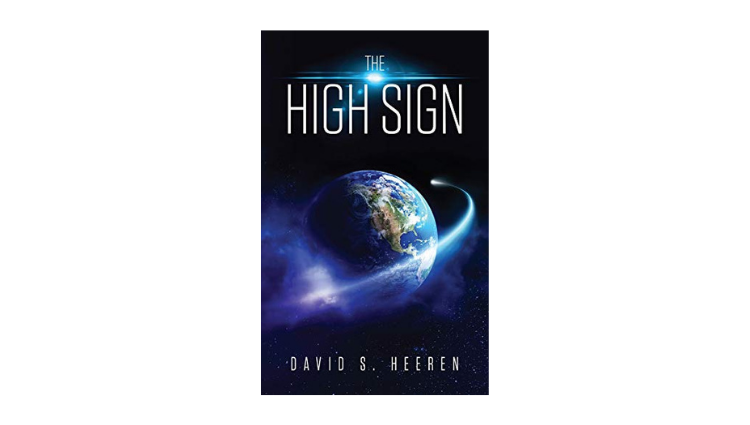 Sign Heralding Jesus’ Second Coming will be Written in the Sky

For 13 years, Heeren has been compiling Scriptures as well as information from independent sources containing similar prophetic imagery. Over time, his confidence in his predication has grown, and today he is more convinced than ever that he has identified the celestial event that will signal Jesus’ return.

His investigation began after reading the book of Isaiah, which describes great visions given supernaturally to the prophet, including many about the Day of the Lord. It was after reading Isaiah and praying Isaiah’s prayer: “Here am I, send me,” when the meaning of many biblical passages began to crystalize for Heeren, and the message of The High Sign started taking shape.

“The next day, I started perceiving a pattern in Isaiah’s prophetic imagery looking beyond the life of Jesus on earth to the era of his prophesied Second Coming on what the Bible refers to as the Day of the Lord,” Heeren says. “This was a noteworthy first for me because for a half-century before then, I had read biblical prophecies with great fascination but negligible understanding. Suddenly, I was beginning to make sense of some of the Bible’s most mysterious passages.”

He found 54 prophetic images, and the evidence mounted concerning the identity of the celestial sign of Jesus’ Second Coming, until there were more than 200 individual points leading Heeren to arrive at a conclusion few, if any, theologians have reached as yet.

“There is not a single contradictory point of evidence, at least none that I found, and I have studied this specific subject now for 16 years,” he adds.

Heeren also explores in detail the Flood of Noah, the demolition of Sodom, the plagues of the Exodus, and the arrival and Second Coming of Christ — and how astronomical events are tied to each. To help readers recall his main ideas, Heeren provides summarization points at the end of each chapter, and concludes his book with a list of seven things for Christians to do to prepare for the Day of the Lord.

David S. Heeren is an award-winning journalist and author of 17 books. He used his background in mathematics and logic to create Tendex, the first internationally used statistical system for rating professional and college basketball players. Nine of his books have Christian themes, including the Online Book Club Book of the Day The High Sign, Day of the Lord, What the Bible has to Say about the U.S.A., The Sign of His Coming and God…or not? To learn more, please visit: www.endtimesmystery.com.