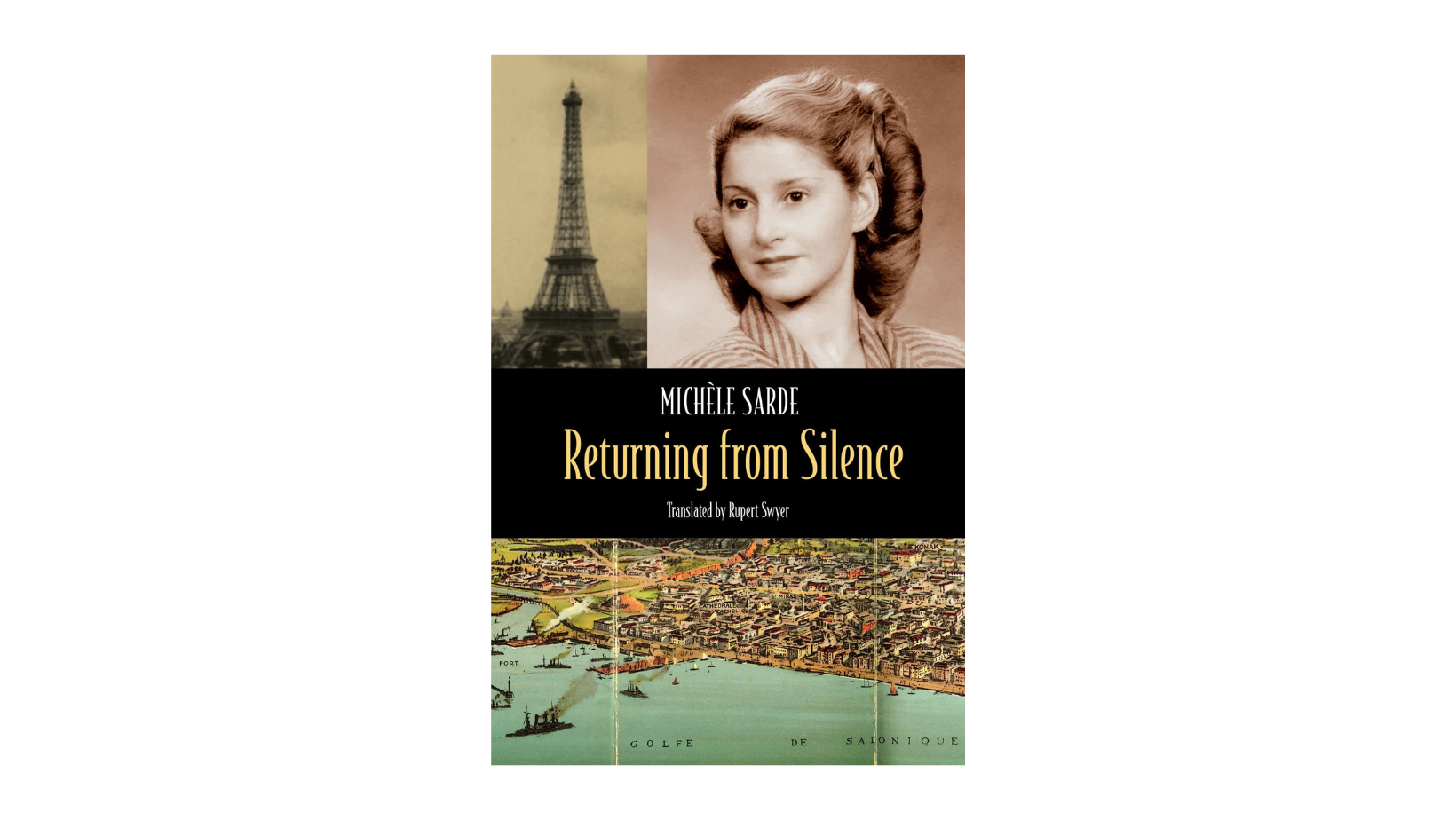 Returning from Silence: Jenny’s Story from author Michèle Sarde is an intimate, first-person retelling of a mother’s unwavering determination to conceal her Jewish identity from the Nazis and to protect the life of her daughter, born at the onset of World War II.

The story seamlessly interweaves the personal history of Jenny, her daughter Michou and their Judeo-Hispanic family from Salonica with acutely contemporary themes of concealed identity, assimilation and persecution, the women’s struggle for emancipation and the German occupation of France, all told poignantly, with flashes of dark humor.

The daughter Jenny was protecting was just a little girl when her family found themselves, during the Nazi occupation of France, in the midst of the Vercors Maquis (a resistance spot) in the summer of 1944. It was their near-miraculous escape that drove Jenny to conceal her origins and impose that “silence” on her daughter. But, just like the original Marranos, the Jews of Spain who converted 500 years ago but couldn’t hide their faith for long, so Michou, late in the story, is forced to confront her true identity, and in so doing prevails on her aging mother to recount her own story.

Though technically a novel with editorial flourishes to bring characters to life and to fill gaps, Returning from Silence is thoroughly researched and enveloped in historical accuracies.

“My mother supplied the basic material for the story,” Sarde explained in an interview. “She wrote an account and entrusted me with all the records she had kept during the war, including the photographs I used in the book. I didn’t start to write until after her death to avoid any possible discomfort to her.”

Sarde, who was raised Catholic, grew up knowing little of her family’s past. Her desire to reconstruct her family’s history resulted in a three-volume memoir, the first of which is Returning from Silence.

Michèle Sarde is a French writer and professor emerita at Georgetown University, where she taught French literature, gender studies and intercultural studies. The key themes of her work, for which she has won several literary awards, are women’s causes, intercultural issues, the interaction between history and individual destinies, and the interweaving of personal and historical memory. Her books have been translated into several languages and given rise to academic studies, in particular her novel Histoire d’Eurydice pendant la remontée (Eurydice rising). She holds the Palmes académiques, the Order of Arts and Letters and the Order of National Merit — decorations awarded by the French Government. Sarde has written biographies of Colette and Marguerite Yourcenar, and is co-editor of the latter’s correspondence. She has also written a biography of Jacques Rossi, a survivor of the Soviet Gulag. As an essayist, she is the author of two volumes on the history and sociology of women in France as well as numerous academic articles. As a novelist, her most recent work is a cycle of remembrance devoted to her families — from the Ottoman Empire to the Holocaust — aiming to bring back to this world the lost who have marked her life and left traces of themselves in her books.