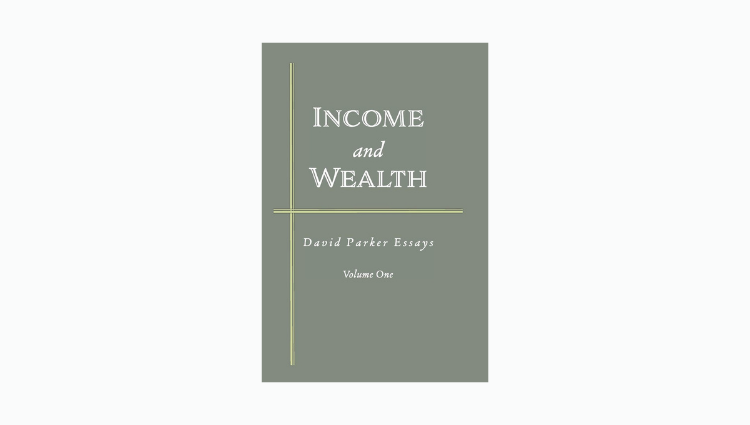 Wouldn’t it be nice to stop worrying about the state of the economy, hoping for another stimulus check or wondering if your boss will give you a fair raise? Money is the number one cause of stress in the United States, but there are steps you can take now to secure your financial future.

“Financial independence is possible for anyone because there is no relation between earning a living and acquiring assets — no relation between income and wealth,” says entrepreneur, investor and author David Parker. “An employee at McDonald’s making minimum wage can become financially independent within 10 years.”

Parker, who is also a former schoolteacher, could have relied on the teacher’s union and the government for his financial solvency. Instead, he broke with conventional wisdom and explored how individual actions, regardless of annual income, can lead to the accumulation of wealth.

In his eye-opening book, INCOME AND WEALTH: David Parker Essays — Volume One, Parker shares the business and economic insights he has carried with him since age 12, as well as the perspectives informed by 40 years of studying economic history and principles, teaching in public schools, and being a professional musician and real estate developer. He provides a framework for reflecting on the proper role of government in our lives, and, from an entrepreneurial perspective, the opportunities available to each of us.

“Most people in this country don’t realize they are living way beyond their means,” Parker says. The prescription he suggests for wealth creation may not be easy — but it is certainly effective. He urges all young people, regardless of their earning power, to invest half their annual income. “Even those not especially creative or brilliant,” he says, “will generate significant income from their investments within 10 years.”

As the author shares in Income and Wealth, individual responsibility and initiative offer the only sustainable path toward financial success. Parker presents a compelling case for the benefits of free market economics and shares principles and insights that can be used as building blocks for a step-by-step plan for financial prosperity.

After reading this important new book, readers will have no doubt that “income” and “wealth” are entirely different things, and that any limits upon the first have no bearing upon one’s ability to achieve the second.

David Parker began his career in education at age 24 and served students of San Francisco’s inner-city public elementary schools for 40 years as a music teacher, followed by 10 years as a volunteer. While pursuing his career in education, Parker also became a very successful real estate investor. It was success in business that focused his writing, teaching and career as a professional musician. He spent 20 years as a member of the Berkeley Symphony Orchestra and 15 years as leader of the Dave Parker Sextet, which has headlined at San Francisco’s Fillmore Jazz Festival.

As Income and Wealth approached publication, Parker was already hard at work on his next book. His thoughtful essays have been featured in The Economist, The Financial Times and several prestigious law journals. In addition to being an author, entrepreneur and investor, David Parker is also a proud father and grandfather.

To learn more about David Parker, including his essays and music, visit: https://davidparkeressays.com/