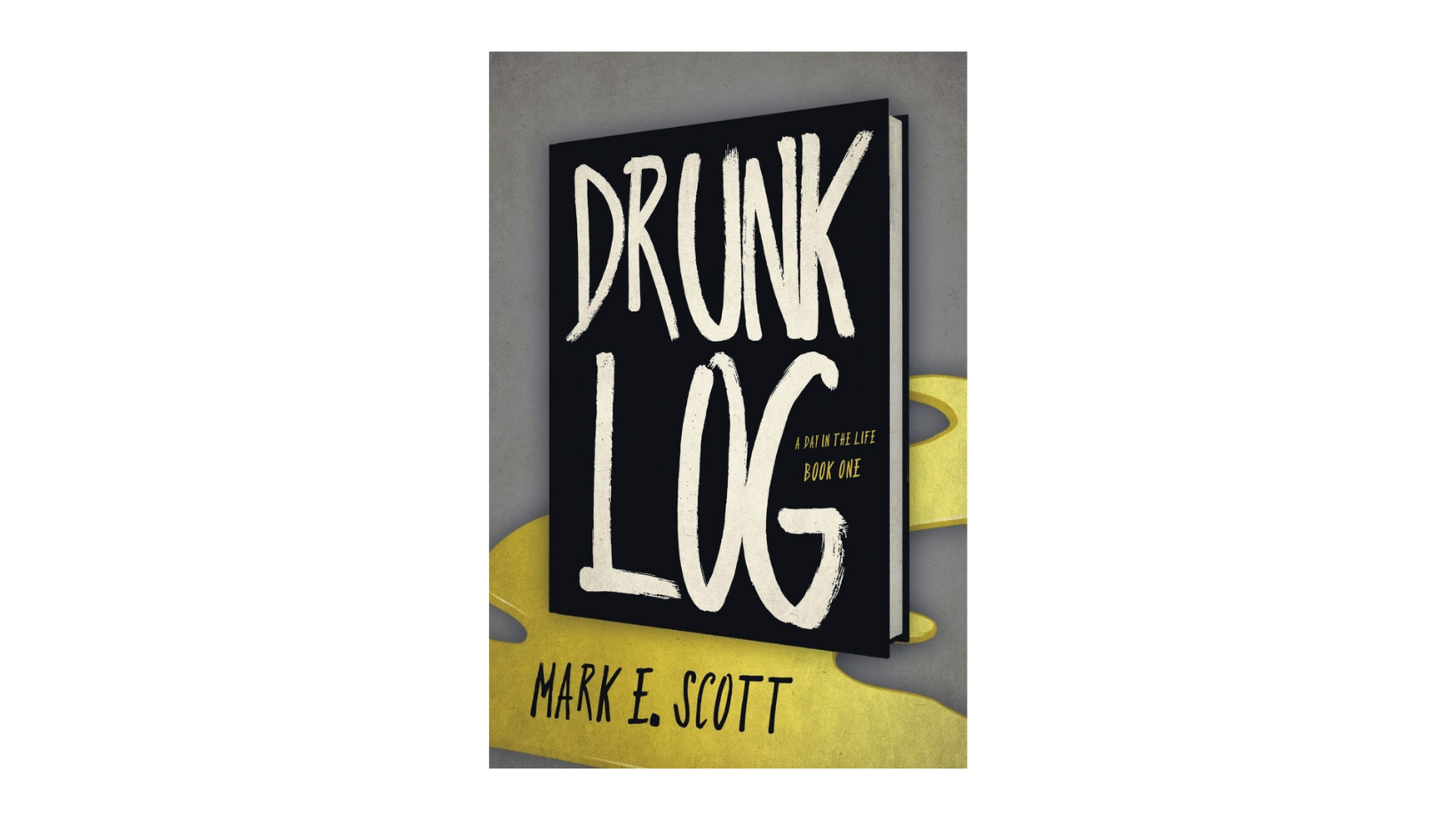 One Man’s Path to Redemption Leads Through Local Watering Holes

Jack Current isn’t just hoping to drown his sorrows during his evening pub crawl through downtown Cincinnati’s Over the Rhine neighborhood; he’s hoping to actually drown — in the Ohio River. But not until he has poured his heart onto paper in the dollar store notebook he’s got with him. Aptly referred to as The Drunk Log, Jack’s notebook contains the secret to his pain, and a bartender with a sixth sense will sneak a peek, just in time.

Author Mark E. Scott’s compelling story of one man’s last hurrah, Drunk Log, invites readers to follow a relatable protagonist who, in the midst of buckling under oppressive guilt, embarks on one last bar crawl before he plans to end his own life.

In his notebook, Jack documents the evening, ruminates on his existence and remembers his 7-year-old nephew, who died exactly a year earlier. It is a loss for which Jack feels responsible — a lapse in judgement for which there is no forgiveness. Jack’s plan is to jump off the scenic suspension bridge spanning the Ohio River between Cincinnati and Covington, Kentucky.

Drunk Log is a darkly humorous, deeply introspective exploration into one man’s attempt to find peace in the face of unrelenting pain. Told with a fast clip, the entire book covers about 8 hours and deftly avoids becoming an ominous dirge through relatable — and flawed — characters, unexpectedly funny situations, a budding romance and the wobbly balancing act of a man who must remain sober enough to write in his journal and finish what he started, but drunk enough to jump off a bridge.

Readers follow Jack as he begins the evening at his local watering hole, where a gregarious bartender named Aria, with whom he shares a mutual attraction, takes a surreptitious peek at Jack’s journal. Sensing Jack is headed to the same doom that claimed her sister, Aria decides to intervene.

Tracking him down in the middle of a winter storm, Aria finds Jack on the freezing, snowy bridge. Can they emerge from their individual cocoons of loss and suffering, save each other and rewrite their stories?

Drunk Log is the first installment in Scott’s three-part, Day in the Life series, in which the unexpected, twisted saga of Jack and Aria unfolds over a combined period of 24 hours.

Born in the small manufacturing town of Galion, Ohio, author Mark E. Scott lived in various burgs in Ohio and Michigan before joining the Navy and spending four years traveling the world aboard the USS Mount Whitney. Upon returning home to southwest Ohio, he enrolled at Miami University and completed a degree in Education, only to become a banker soon thereafter. Scott now lives happily in a condo in the Over-the-Rhine neighborhood of Cincinnati. In his free time, he enjoys writing, finding new and creative ways of tricking his children into answering their phones, and anything related to travel and outdoors, of late including tumbling down snow covered mountains while dragging otherwise perfectly good skis behind him.

Story of Kevan Din and his music background