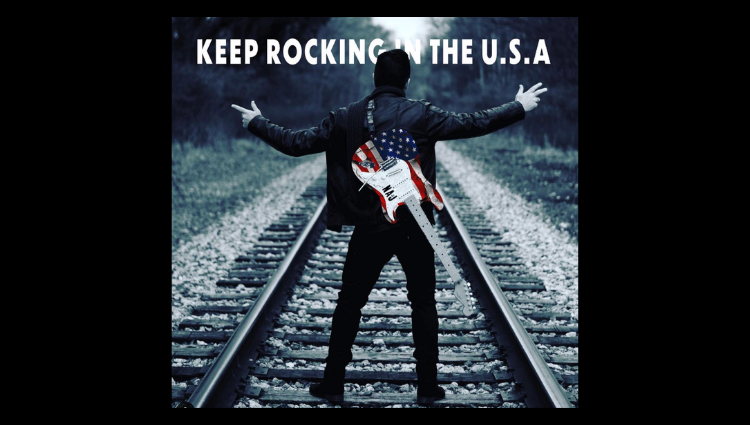 With reminiscent lyrics like these towns, they all look the same,  from Southern California, DC, up to Bangor, Maine, “Keep Rocking in the U.S.A” (produced by Justine Blazer) tells the story of a traveling musician on tour.

“I hope when people listen to my song, it makes them want to roll down the windows, hit the gas, cruise and keep rocking in the U.S.A.,” Nick explains. “As a musician, I can’t wait to get back on the road and start playing live shows again!”

About Nick Johnson:
Singer/songwriter and multi-instrumentalist Nick Johnson followed his musical passions all over the country – from his hometown of Brooklyn, New York to New Hampshire, Boston, Los Angeles and now, Nashville, Tennessee.

Known nationally for his six-string and songwriting/arranging skills, Nick is no stranger to making a big splash. He recently had two of his original songs featured in Hollywood releases: “She’s So Lonely” (Bill Murray Experience) and “Playmate” (Party Bus To Hell).

He continues adding to his diverse catalog, including his latest releases “Spread Love,” “Click Bait,” and “Done Done Done,” which was produced by and features singer/songwriter and producer Justine Blazer.