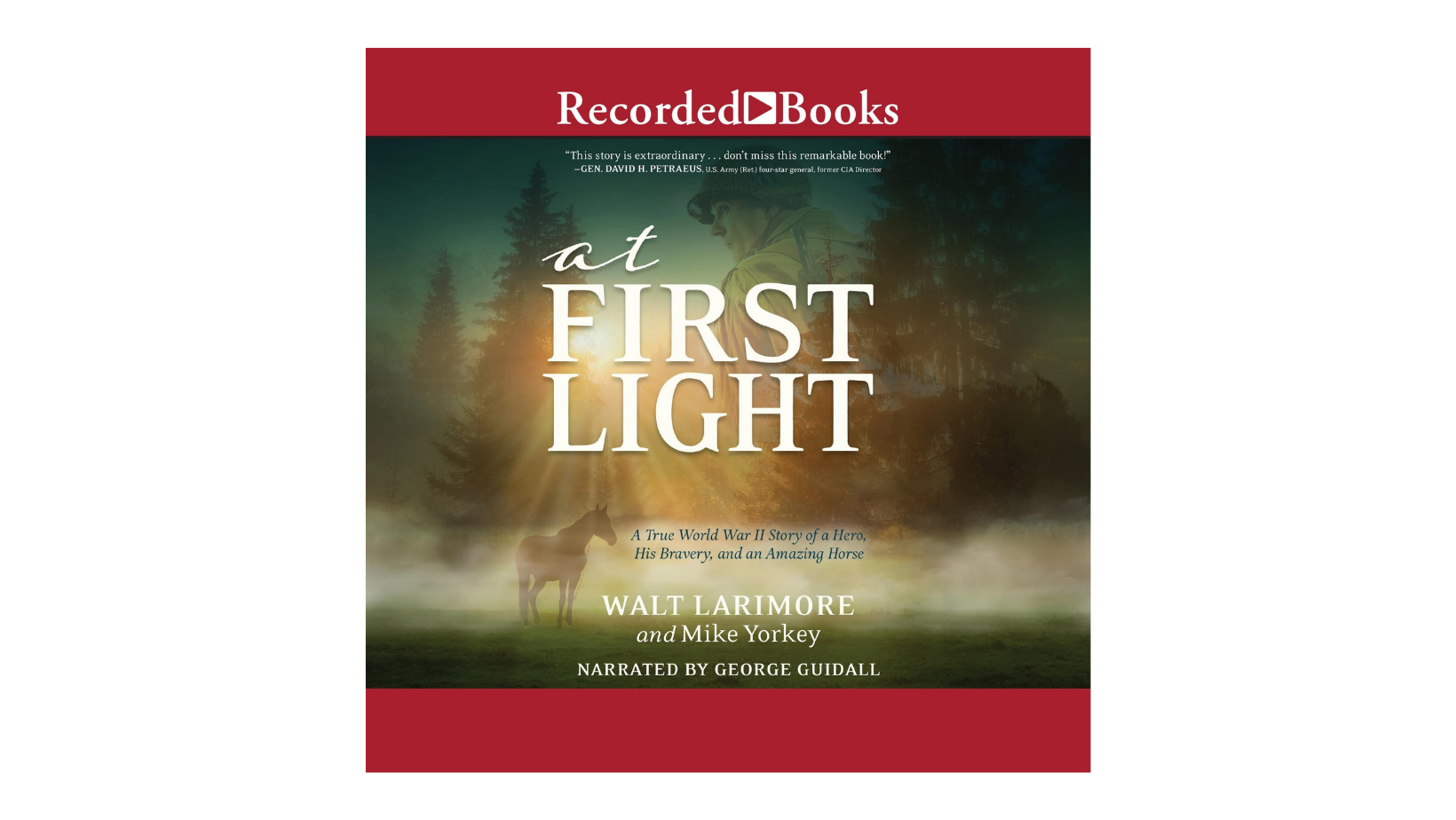 Lieutenant Philip Larimore fought in Southern Europe during World War II, but it wasn’t until he had been married for 50 years and his children were grown that he spoke candidly for the first time about his extraordinary encounters and achievements.

The youngest-ever graduate of the Army’s Officer Candidate School and one of the most decorated front-line junior officers in the war, Larimore commanded a front-line platoon, shot snipers out of trees from 100 yards away, won a steeplechase with a Nazi officer in Czechoslovakia, completed a clandestine mission to save Lipizzaner horses from Hitler, became one of the youngest Company Commanders in the war, along with developing a friendship with President Truman and playing bridge with then-General Eisenhower — among many other almost Forest-Gump-like exploits.

At First Light: A True World War II Story of a Hero, His Bravery, and an Amazing Horse, by Philip Larimore’s son Walt Larimore (with co-author Mike Yorkey), recounts Philip Larimore’s mischievous early years, his banishment to the Gulf Coast Military Academy and his astonishing acts of bravery during World War II. He fought 413 days straight, was wounded seven times and was awarded seven purple hearts, three of which he turned down because he didn’t feel the wounds were significant enough.

At First Light concludes with Philip Larimore’s heroic post-war battle with the U.S. War Department over its policy of not allowing amputee officers to continue in the Army. The final courtroom testimony, uncovered in the U.S. National Archives, reads like the chilling trial scene between the characters played by Tom Cruise and Jack Nicholson in the movie, A Few Good Men.

The details of Philip Larimore’s exceptional military career, including interactions with Winston Churchill, General George Patton and General Lucian Truscott, and his role in a top-secret mission that led to saving the world-famous Lipizzaners all remained uncovered until the research and publication of AtFirst Light. The book has been praised as being “a riveting story that rivals Laura Hillenbrand’s Unbroken,” and “a combination of Band of Brothers and War Horse.”

Walt Larimore is an internationally recognized family physician, an award-winning medical journalist, and a bestselling author of over 40 books and over 1,100 articles in professional and lay magazines and journals. He spent more than 15 years traveling to over a dozen archives and military installations in eight U.S. states, England, France and Italy, as well as interviewing many soldiers (and their families) to research, document and write this epic narrative about his father and the countless men and women who fought on “the forgotten front” in Southern Europe in World War II.