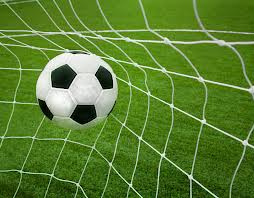 (After the flood at Parana and cyclone at Natal; Brazilian citizens are starving paying its government 40.5% of earning as tax to host confederation cup and world cup 2014. Huge price hike in daily food and transportation have lowered the quality of living. Longest movement has been happening in Brazil protesting the huge budget for world cup. This story is my imagination based on true facts.)

I am running down the road with my arms spread, like a bird. I feel I can fly. All I need is just a little push and I’ll fly. I am very very much much sure about that. Mom has sent me to buy some sugar and cinnamon. You know, I love ‘Bolinho de Chuva’. It tastes like cinnamon doughnut holes. She used to cook for me every single good evening. But now it is not that regular for me. When I ask her, she says that our government is busy hosting world cup and they don’t care if I don’t get ‘Bolinho de Chuva’. But you know, I love football and I am very very much much happy that all my stars are now in my country. Papa gave a jersey of our country with Neymar written in its back. I love Neymar.  It was my twelfth birthday and Mom made a big holy cake for me with Lucas written on it. She had also put a magic candle of twelve. Every time I had blown the candle it dimmed but again it had regained its glow. It was very funny.

“Hi! Mr. Bernardo. Good evening!” Mom has taught me that whenever I see a familiar person I should greet him.

“Hey Lucas; how is your Mom and where are you going?”He asked.

“She is fine. I’m going to market. I don’t have time.” I was too busy running.

I couldn’t hear him. His voice has become weakened gradually.

Mr. Bernardo is our neighbor and he is very very much much lovely person. He always helps us when we don’t have food or kerosene. He had came Brasilia six months ago when Curitiba, capital of Parana got flooded. He uses to tell us stories about how one million people got homeless and how his wife got drained in water. It made me sad. All I thought that if a flood comes here someday, first thing I’ll do is to take my box of collected paper cuttings of football players and my birthday jersey. Mr. Bernardo has a girl. She is eleven years old and she is cute. I like her curly hair and her round eyes. We use to play every day and she never forgets to bring almonds for me. She always knows what I like. I can feel that I’m almost flying and I just want to shout out her name at top of my voice; ‘Adriana’. But I fear if someone have come to know, then I may face trouble. They say if I love a girl at small age I shall have horn in my head and I shall become ugly. But I don’t think I’m an infant. So, I should not worry too much.

I am getting late. Markets are not safe anymore. Yesterday I saw a huge mob at market burning a big picture of world cup with Brazilian flag on it. I didn’t understand. They were ransacking shops and stores; burning tires and throwing stones at police. The policemen were throwing some kind of cylindrical thing which was emitting foul gas. It made me cry. It was very funny. I somehow escaped from there. Sometimes I think if there is some kind of gas which makes people laugh. Just imagine how would be the picture if the police had thrown that kind of gas. Everyone would throw stones and bombs at each other but everybody had a smile in its face. Police would charge with sticks and bombs laughing at people. People will show violence with a smile. It would be ridiculous. They call it a movement. They have named it ‘Brazilian Autumn’. I don’t know why they’ve named it like that. It doesn’t make any sense because this is not autumn here.  I wonder if they don’t have any work to do other than walking on street on big lines with large posters in hand.

The other day I saw a group of people walking with a very serious face like they are sad and angry both at the same time.  It was damn funny. The face was same when we had been cheated in a football match. The poster held by those people said, “THE PARTY IN THE STADIUMS IS NOT WORTH TEARS IN THE FAVELAS.” I didn’t understand. There was no party at the stadiums, only football matches. Only there might be some Champaign drunk by the winning teams. But the people should not be jealous about that. Another poster said, “GOVERNMENT TAKES 40.5% OF OUR EARNINGS AS TAX TO HOST THE CONFEDARATION & WORLDCUP SPENDING 32 bn REAIS. WE DON’T NEED LUXURY OF FOOTBALL ENTERTAINMENT.” I love reais. They are the money in our country like dollar in USA. I can have anything with enough reais in my hand. But I don’t know about tax. I shall ask Mom today.

I’m just 5 minutes away from market. In the both side of the road; there are lots of torned, burned cloths. It is like some kind of battle had been taken place here. I just love battle. It is cool & stylish. I also want to take part in a battle. There are some burned pictures of world cup littered here and there. What is their problem? These pictures are meant to be collected. They are awesome. Some kind of smell is always sticking to my nose. I think some people are always burning tires and plastic. If I stay here a few more minutes then I’ll vomit. I am damn sure about that. I can’t run anymore. It is so exhausting. Ah! I can see the store now.

One, two, three. This should be the change from buying sugar and cinnamon. Today is the big match between Brazil and Cameroon. I got terrified when I saw the match versus Mexico was a draw. That goal-keeper was terrible! He saved every shot. I hate him. He reminds me of Gabriel. He is the goal-keeper of our school-team. I need to get home soon enough to see the match. I don’t want to miss this match. I must run fast fast.

I just have turned back home and there are a huge mob entering the market. Chilled ice is sliding through my spine. I don’t understand. Everyone is so serious that it has made my belly shrink. They are on the way to main road which must be very much busy as the match will start very soon.  They have started shouting their slogans and ransacking shops suddenly. This is wrong. I just want to go to my Mom. Everybody is running destructing everything in its way. I cannot just go through them but I have to go. So I’ve jumped in the mob and started trying to make my way to the end of the market. My face is smashing with people’s bums. Someone has put his booted leg on my toe. I cannot bear the pain. I just close my eyes and push forward. But this is of no use. Salty water is falling from my eyes to my lips. I can taste it. Suddenly all the people have started shouting more and now they are not running in a particular pattern. It is like someone has thrown a pebble to a huge gathering of ants around a big food. Big police force has taken their responsibility. They are throwing that kind of gas which makes everyone cry. And they are firing some kind of bullet that doesn’t kill a man. It is strange. One bullet has fallen on my foot and I have picked it. It is made of rubber. This is ridiculous. Who can use this kind of bullet? Aw! I am hurt. One bullet hit me at my shoulder. It is painful. It hurts so much that I cannot breathe for few seconds. I have fallen on the ground. And I cannot just stand up! People are running over me. One has trampled over my knee bones and one over my belly. I cannot feel anything this time. My eyes have gone completely blind. Everything is black. I cannot hear a thing. All I can see is my Mom’s face, Papa’s hand and Adriana. Oh! I love her. I just want to hold any of their hand so that they can pull me up and take me home. I am shouting with top of my voice “I love you Mom and Dad. I love you Adriana.”

[The boy was trampled to death and no one cared. We are forgetting the basic human needs in midst of world cup excitement. ]