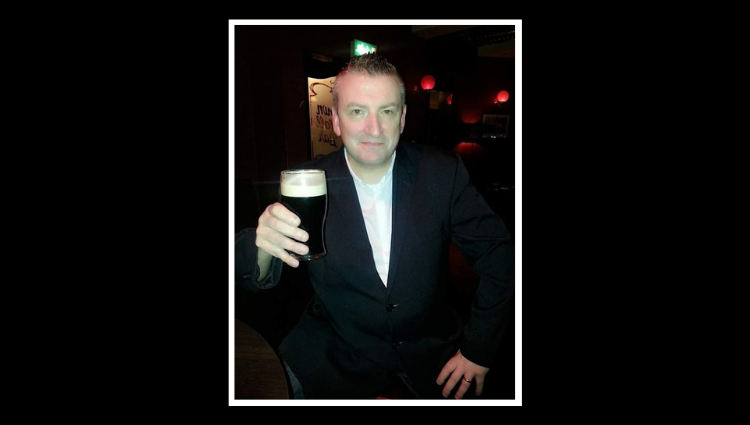 2020 may have been an outstanding year for all the wrong reasons, but Irish author, Bill Bradshaw, is flying high after receiving The Kite Award as W.A Author of the Year. We profiled Bill in September and he was happy to discuss his writing process with us. His bestselling novel, Delphine, has won several awards in the US and the film script found success in Tokyo, Estonia, the UK and in Canada where it picked up the Fear of the Year Award in Toronto.

But the crowning glory came when the Writers Academy met in Delhi to consider the authors shortlisted for the much-coveted Kite Award. There were significant highlights in the lockdowns with Samantha Schweblin’s ingenious ‘Little Eyes’, Cho Nam-joo’s riveting ‘Kim Jiyoung, Born in 1982’ and Rodaan Al Galidi’s eye-opening ‘Two Blankets, Three Sheets’ but, after much deliberation, it was Bradshaw who caught the judges eye with his searing supernatural thriller, Delphine. WorldAuthors.org was delighted to catch up with Bill to discuss his achievement.

Author of the Year 2020. Huge congratulations Bill and well deserved. How does it feel to fly the Kite?
It’s incredible. When I was selected as Author of the Month, I thought it couldn’t get any better and I was truly honoured to be mentioned in the same breath as the other finalists. I knew the awards ceremony was coming up, but I thought I had a better chance of winning the lottery than lifting The Kite Award. I made a point of not discussing it as I really didn’t want to create a sense of expectation. It would happen, I would lose, and I didn’t want to explain that, for me, winning was just to be on the shortlist. I’d like to take this opportunity to thank WorldAuthors.org and the Writers Academy for being so supportive. You’ve been great.

The ceremony was closed to the public due to the pandemic restrictions. Do you feel a sense of disappointment that you could not receive the award in person?
Not at all.  I always suspected that, with concerns over Covid 19, travel would be off limits so I knew it would be held behind closed doors. Even if the virus wasn’t an issue, I can’t say for certain that I would have made the journey as I honestly felt I had no chance of winning. The idea of flying halfway across the world to applaud someone else wasn’t something that I embraced when there were bills to pay at home.

When we last spoke, Delphine was doing well for you. How have things progressed since then?
Delphine has been an incredible adventure in many ways. It made the bestseller shelves twice and I’ve had the great pleasure of doing interviews across the globe. I had adapted the book to screenplay and I’ve now drafted a 5-part TV series, so we’ll see where that leads. Ireland has been on lockdown for most of the year and that’s had a negative impact on potential sales, but most writers can say the same. I haven’t packed in the day job, but I know what I want to be when I grow up.

Would you commit to writing full-time if the opportunity arose?
Absolutely. I love everything about the process from toying with a concept to putting flesh on the bones. I’m taking notes on several projects right now but, unfortunately, I’m old enough to appreciate responsibility and I can’t throw caution to the wind anymore. Old too early, wise too late as they say.

You mentioned that you had a few projects in development. What can we expect in 2021?
Yes. I’ve been working on a book called Three Men Dwell, a true story about the disappearance of a lighthouse crew off northern Scotland in 1900, but I’ve also started developing a story a bit closer to home. It’s called The Garden Girl, also a true story, about the murder of my fathers cousin in 1928 and the trial that followed. I really want to get that historically correct and pay my due respect. If Screen Ireland supported me in any way, then it could be a really productive year, but life is what happens when you’re making other plans and I’ll stick with that.

Bill, on behalf of WorldAuthors.org, it has been wonderful to share the journey with you and we wish you every success in the future.
Thanks again. You’ve helped to make a forgettable year so much more memorable and I look forward to discussing my next book with you. I regard you as a club and I’m delighted to be a member. I will cherish the award and go wherever the Kite takes me from here. I’d also like to thank David R Shires of Maester Press for doing such an excellent job on the book.