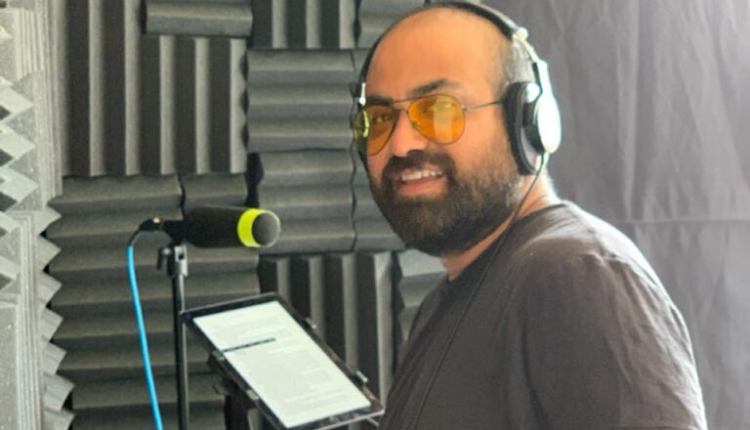 Rick Zazueta resides in Baja California alongside his wife, Geraldine, and their two kids; Maximo and Larissa. When away from his duties, he plays professional croquet as a member of the Mexico national team. Baja Air & Sea is his first novel.

WHAT IS YOUR BOOK ABOUT?
Baja Air & Sea is a novel about a stolen yacht and the adventures that happen aboard this vessel. The book, like everything in this world, is about the human condition.

Behind every great fortune there is a great crime. Julian Mayorca wasn’t always a billionaire. At one point he was an honorable port captain and legendary yachtsman, but a single temptation—a crime of opportunity—leads him down a path of betrayal, passion, power, and the sea.

Baja Air & Sea, a high end crime-thriller set in La Paz, Mexico, begins with the story of Julian Mayorca. As a port captain, he manages the harbor and oversees a fifty-million-dollar budget. His only mistake? Being incorruptible.

On a sunny day, his cousin, Alex Cuevas, who works for a notorious criminal, holds a gun to Julian’s head and forces him to sign resignation papers. A series of questionable decisions cause Julian to transition into the entrepreneur he never set out to be. What follows is six years of Julian’s life; his voyages, romances, mishaps, and how a need for revenge leads to immense fortune and adventure he never thought possible.

IT IS QUITE AN ADVENTURE. WHAT INSPIRED THE PLOT?
I was a yacht steward aboard a luxury yacht on the Sea Cortez. I met so many characters and had so many adventures during my time at sea. But it wasn’t just the life at sea that inspired me, it was living in this “other Mexico” that made it all the more interesting. There are two Baja Californias, the expat community and the locals, and as a Mexican-American bilingual person, I was able to seamlessly navigate these two worlds that seem so different. After some time, I began to realize that other than the language barrier, the two Bajas are essentially the same. So I started thinking about blending the two cultures and writing a book in that tone.

WHY DID YOU CHOOSE TO HAVE THE STORY TAKE PLACE IN BAJA CALIFORNIA?
I love Baja California. I’ve always been completely passionate about it. It’s a land so unique and so full of tales that I wanted to be a part of its folklore. The story only makes sense in Baja California, because of many factors; its proximity to the US, and the influence it directly has on Mexican culture, the climate, the sea, the desert, the tourism, the corruption, the food and lifestyle, for me it was just a perfect pot to stir.

YOU HAVE A LOT OF COLORFUL AND CREATIVE CHARACTERS. DID YOU THINK THEM UP FROM SCRATCH OR WERE THEY INSPIRED BY PEOPLE YOU KNOW?
Stephen King said that all characters are a combination of three people; Somebody you know, yourself, and somebody you imagine. So, yes all characters are a play on that. I have always been a curious person and I’ve always been more interested in people than in anything else, so I like to observe human beings, how they are, how they react, their sense of humor, their sense of style, I can be a big extrovert, so I meet a lot of people and pay attention to their lives.

WHAT ARE SOME OF THE MORE POWERFUL THEMES THAT YOUR CHARACTERS STRUGGLE WITHIN THE BOOK?
Lust, revenge, selling out, greed, faith, love, and destiny. The characters I write are real people to me. I treat them with respect and I try to get to know them. I am aware that they have complex lives and I am grateful that they let me in to see what’s going on in their world.

WHAT TYPE OF READER WOULD ENJOY THIS BOOK?
I wrote this book to inspire people with a tale of adventure, passion, desire, and the sea. If life has gotten too predictable, if you need an escape into a tangible world of excitement and want to get completely lost in the waves of the ocean and in the luxury of big yachts and Eurocopters, then this book might be for you.

WHAT DID YOU LEARN ABOUT YOURSELF WHILE WRITING THIS BOOK?
Writing a novel is a long journey, and I learned not to judge myself more harshly than I would others. I learned that if I treat these characters with respect, I have to treat myself and those around me with that same respect. So if I commit a mistake, I just erase it and continue.

WHO IS YOUR FAVORITE CHARACTER AND WHY?
Papa Fabio is the money man; he doesn’t get as much attention as he deserves, but for me, this guy is a huge success story. Born to a family of miners in the small town of El Triunfo, developed into a mathematical genius from a young age, got a scholarship to La Paz Technical Institute, and then a masters degree from MIT. Now an adviser to the UN on international tax code, a great financial analyst, rogue investment banker, and CPA.