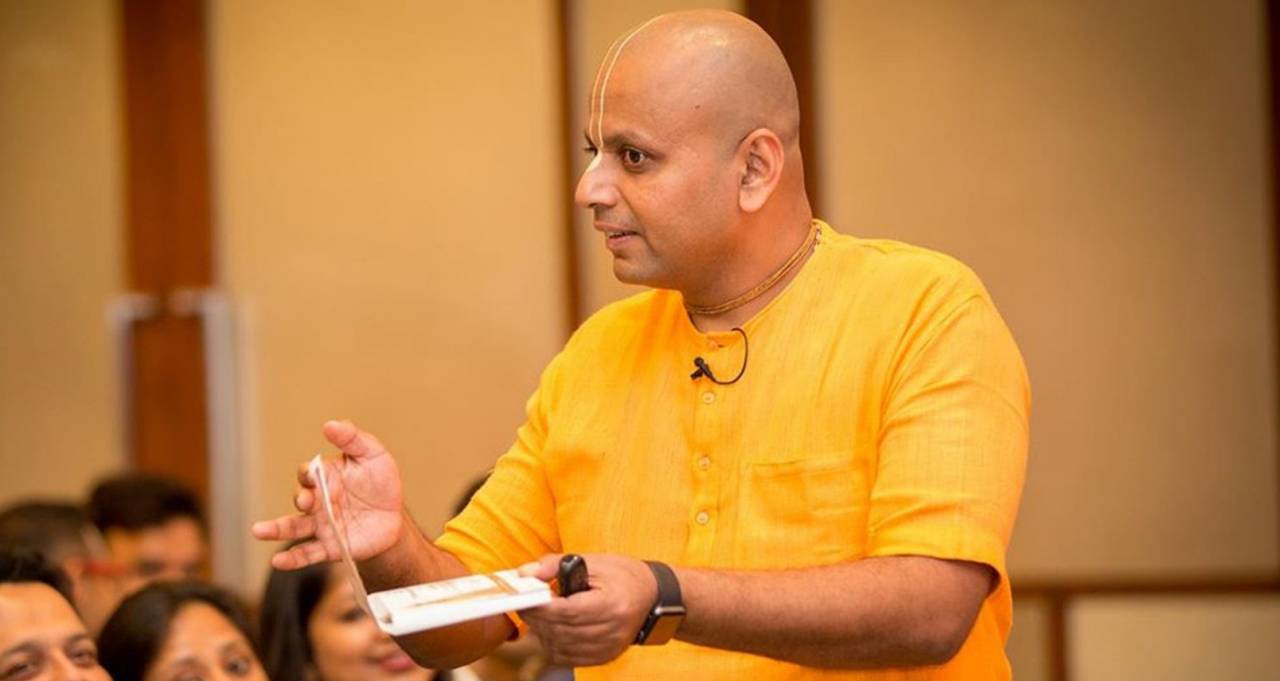 Born in Pune, Maharashtra, India, Gaur Gopal Das is a former Hewlett Packard engineer turned Indian lifestyle coach and motivational speaker. He is undoubtedly India’s one of the most popular and adored monks, who shares his great wisdom through simple anecdotes of life, making people laugh.

A disciple of Radhanath Swami, he joined the International Society for Krishna Consciousness (ISKCON) Mumbai in 1996. Through his energetic talks, real wisdom and subtle form of humour, he has attracted and motivated people in the millions, who feel connected to him.

His debut book, Life’s Amazing Secrets, talks about his experiences and lessons about life in a cheerful, inspiring way; that’s why the book is a bestseller. Gaur Gopal Das is a deep, spiritual reader as well.

BHAGAVAD GITA
The Bhagavad Gita, often referred to as the Gita, is a 700-verse Hindu scripture that is part of the epic Mahabharata, commonly dated to the second century BCE. The Gita is set in a narrative framework of a dialogue between Pandava prince Arjuna and his guide and charioteer Krishna, an Avatar of the Lord Vishnu.

The Journey Home is an exhilarating autobiographical account of Radhanath Swami, a chicago born Gaudiya Vaishnava guru. The book rightly portrays the truly amazing spiritual journey made by the author exploring his inner self. Filled with real life experiences of swami, the book can inspire the readers to introspect.

Adopting a very simple yet captivating style of narration, The Journey Home explains to the readers the author’s transition from a 19 year old American Jew to a hindu monk. Throughout his journey, he seeks the real meaning of human life. The author’s journey from West to East inturn is filled with many conflicting experiences that it emerges to be his exploration of his soul. With little money in hand, Swami travels for about 6 months to reach India through Turkey, Afghanistan, and Pakistan. The encounter with various cultures helps him realise his heart’s calling.

The book also includes detailed accounts on swami’s meeting with Srila Prabhupada and the subsequent transformations that happened in his life. The book can help the readers realise the purpose of humility and service in life. Spiritually engaging the readers, the book also includes episodes of swami’s encounters with various gurus, hermits, and philosophers, from whom he rightly imbibes the true essence of divinity. The book gives mention to many spiritual leaders such as Dalai Lama and Mother Theresa, thus conveying the right message about the need to rise above the barriers of religion. Published in 2013 by Jaico Publishing House, the first edition of book is available as paperback.

Simon’s autograph comes on a bookplate that is mounted on the inside front cover of the book. Designed to remain mounted in the book or removed for framing or display, the bookplate includes Simon’s ode on what it means to lead.