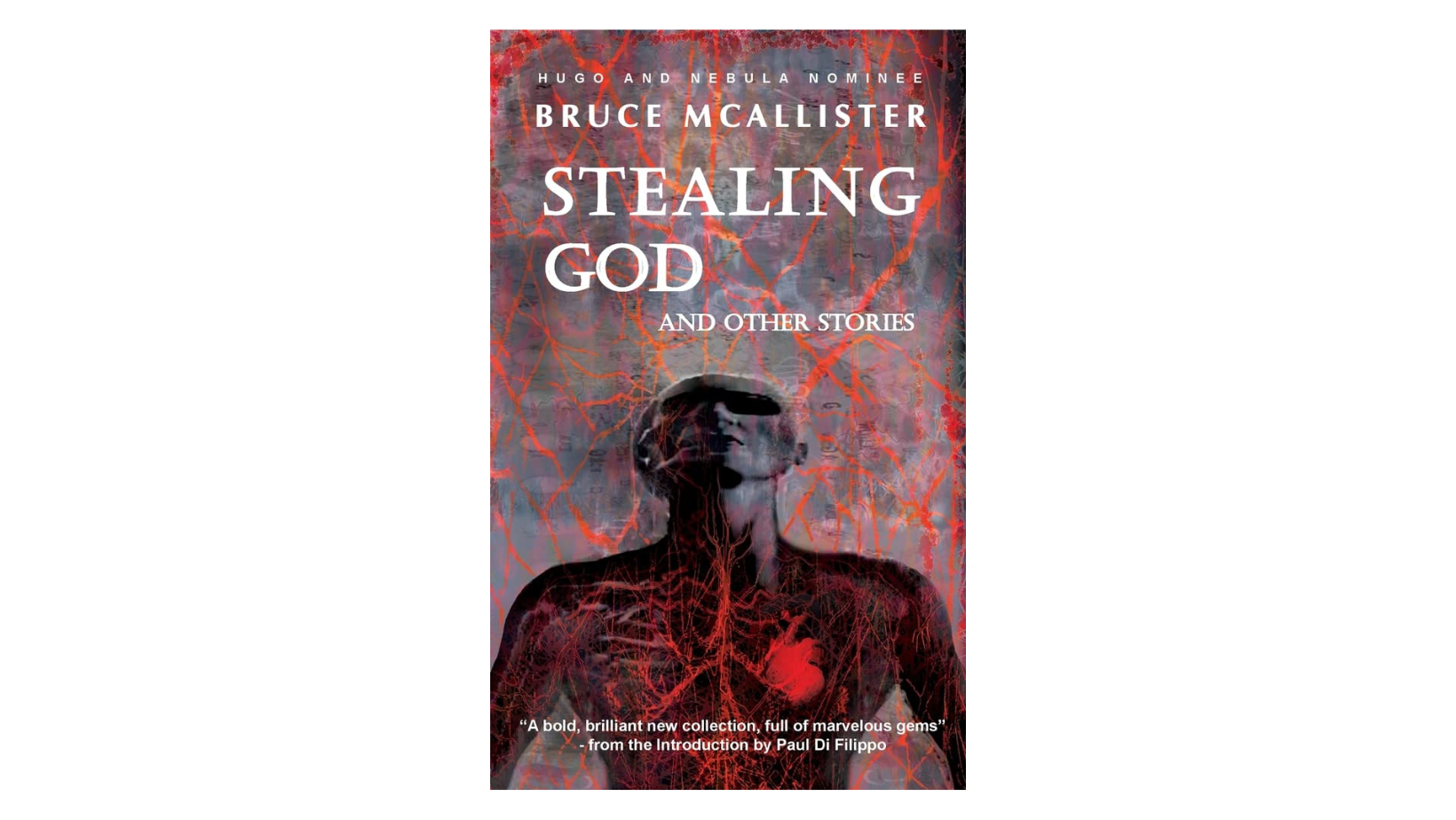 Noted science fiction and fantasy writer Bruce McAllister, whose career as a “science fiction prodigy” began at 16 with a short story Isaac Asimov later called one of “the great science fiction stories,” is celebrating five decades of publishing with a new, short story collection, Stealing God and Other Stories. The book combines the best of McAllister’s science fiction, fantasy and horror stories from the new millennium, with an introduction by novelist and critic Paul di Filippo, cover art by award-winning illustrator Dominic Harman and endorsements by luminaries in the field.

McAllister’s first story, “The Faces Outside,” was published to acclaim when he was 16, earning him the label “science fiction prodigy.” He was the youngest (and remains the youngest) science fiction writer to have his first story shared in a year’s best anthology (Judith Merrill’s) and in Isaac Asimov’s The Great Science Fiction Stories, prompting Asimov to write: “Bruce McAllister is one of the greatest talents working in the science fiction field today.”

Since that first story, McAllister’s work has won or been nominated for awards from the prestigious National Endowment for the Arts, the Nebula, the Hugo, Locus magazine, the Shirley Jackson Award, Narrative magazine and others; and has been included in many “year’s best” volumes, theme anthologies and college textbooks.

In Stealing God and Other Stories, readers will find a young woman in an abandoned house who brings ruin to every man she meets; a wise-cracking hitman who is recruited to kill the oldest vampire on Earth; magical lizards that curse or redeem the human beings they touch; and a son who travels into the past to find the mother he lost.

In these and other tales, McAllister invites readers into a universe where nothing is more important than what it means to be human … even if the answer to that question isn’t what they expect.

Science fiction and fantasy writer Bruce McAllister began his national career at age 16 and has been publishing for over five decades. His other books include Kin, Dream Baby and The Village Sang to the Sea: A Memoir of Magic. When he isn’t writing fiction and poetry, he serves as a writing coach to new and established writers of all kinds of fiction, nonfiction and screenwriting, and as a publishing consultant. He works regularly with middle school and high school students one-on-one, has taught the Youth Writing Workshop at the Idyllwild School of Music and the Arts in Southern California, and established the creative writing program at the University of Redlands. He is currently working with three partners on a TV series adaptation of his novel Dream Baby and on two novels and short stories. He lives in Orange, California, with his wife, choreographer and medical Qigong instructor Amelie Hunter, and has three grown children — Liz, Ben and Annie.