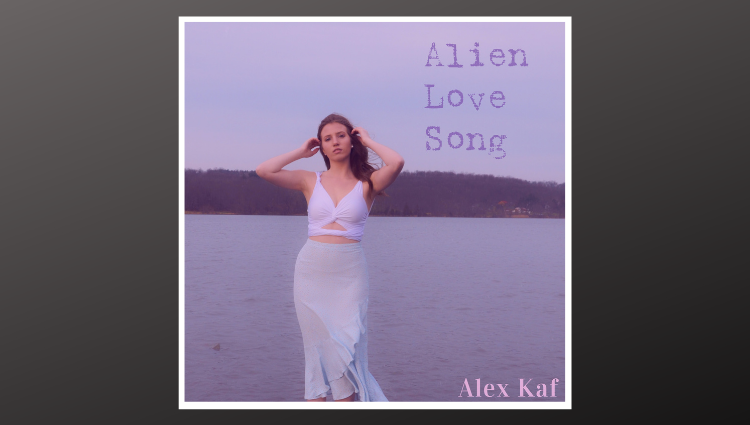 Alex Kaf is a singer-songwriter who has been working tirelessly on her new single, “Alien Love Song,” which she wrote based on her all-too-relatable experience as a young girl chasing after an idea of a person. Produced by Grammy Award-winning producer, Jim Cravero, the song preaches the importance of finding yourself and moving on through a dreamy pop melody that identifies not only the sadness of an ending, but the hope of a new beginning. The song will be available on all platforms Friday, January 15th.

With a background in musical theatre, Alex began writing music at the age of fourteen. Alex’s indie pop music takes inspiration from artists such as Taylor Swift, Maggie Rogers, and Tori Kelly, but maybe a little more straight out of your teenage diary. Recorded out of quarantine-induced inspiration, Alex seized the opportunity to work on a piece that was so close to her heart as opposed to letting isolation get the best of her.

Alex was the national anthem singer for the professional women’s ice hockey team, The Metropolitan Riveters, in the 2019-2020 season. Her debut single, “Summer Love Song,” was featured in Pastel Serenity Zine, and received recognition on popular Instagram accounts @the_musicreviewer and @living6feetapart.

With a strong work ethic and a deep love for writing and singing, Alex Kaf is excited to share her new single with the world.