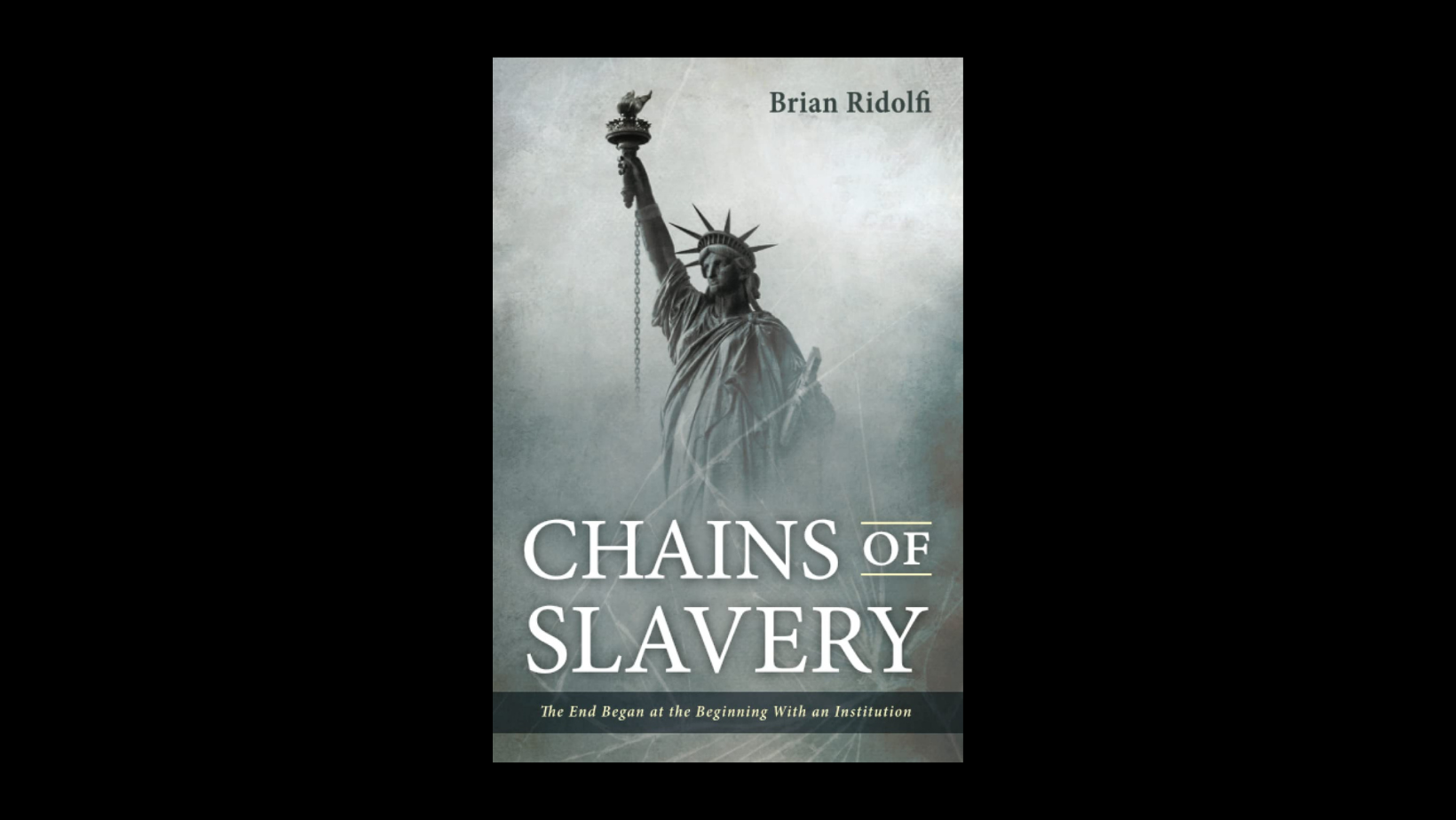 San Francisco, CA, April 28, 2022 — Bestselling author and Bible expert Brian Ridolfi finished writing his futuristic book, Chains of Slavery: The End Began at the Beginning With an Institution, in 2017, and little did he know, much of what he described would come to pass in the next few years.

“I am no prophet,” Ridolfi said in a recent interview with nationally and internationally syndicated columnist Robert Golomb. “But by the time the book was finally published, many of what I originally believed to be horrid fictional events had actually occurred between the time I finished the book (2017) and the year it was published (2021).”

Chains of Slavery is written as a parable and shares a conversation between two men who meet in a federal prison in the year 2048. It’s 11 years after America’s second revolution, and the country is cold and dark, not unlike the jail, where Timothy, a young man, encounters a wise old man named Paul, who delivers startling information. “The end began at the beginning with an institution,” Paul tells Timothy. “Slavery started a chain of events that caused America to go full circle. Slavery for one group of people produced slavery for all people.”

Timothy’s world is turned upside down by what he hears. He learns commonly-held perceptions are mostly wrong, many things he’d been taught aren’t true, and the prison he lives in goes far beyond the penitentiary walls. Along the way, he discovers mankind’s only hope.

According to Ridolfi, Chains of Slavery is 80 percent American history lesson and 20 percent a glimpse into the country’s future if it stays the current course. Ridolfi stresses that his book is a work of fiction, intended for entertainment. But careful examination of Paul and Timothy’s conversations juxtaposed with the understanding that Ridolfi finished his book by 2017, reveals startlingly accurate predictions foretold in Ridolfi’s narrative, including scenarios such as:

– Riots would break out in major American cities. (Chains of Slavery, p. 130)

– Socialist revolutionaries would try to eliminate America’s past. (p. 152)

– There’d be turmoil at the nation’s capital after a hotly contested election. (p. 151)

In Chains of Slavery, readers can join Timothy and Paul as they examine U.S. history from a whole new perspective and learn, through the power of story, Ridolfi’s thoughts on how the world’s freest nation lost its freedoms, and how it was slavery that initiated the process.

Before becoming an author, Ridolfi graduated from the University of Nevada in 1997 with a BS degree in Geological Sciences. Soon after graduation, he began his career as a research scientist and scientific analyst. He currently resides in California where he continues to write Christian literature.