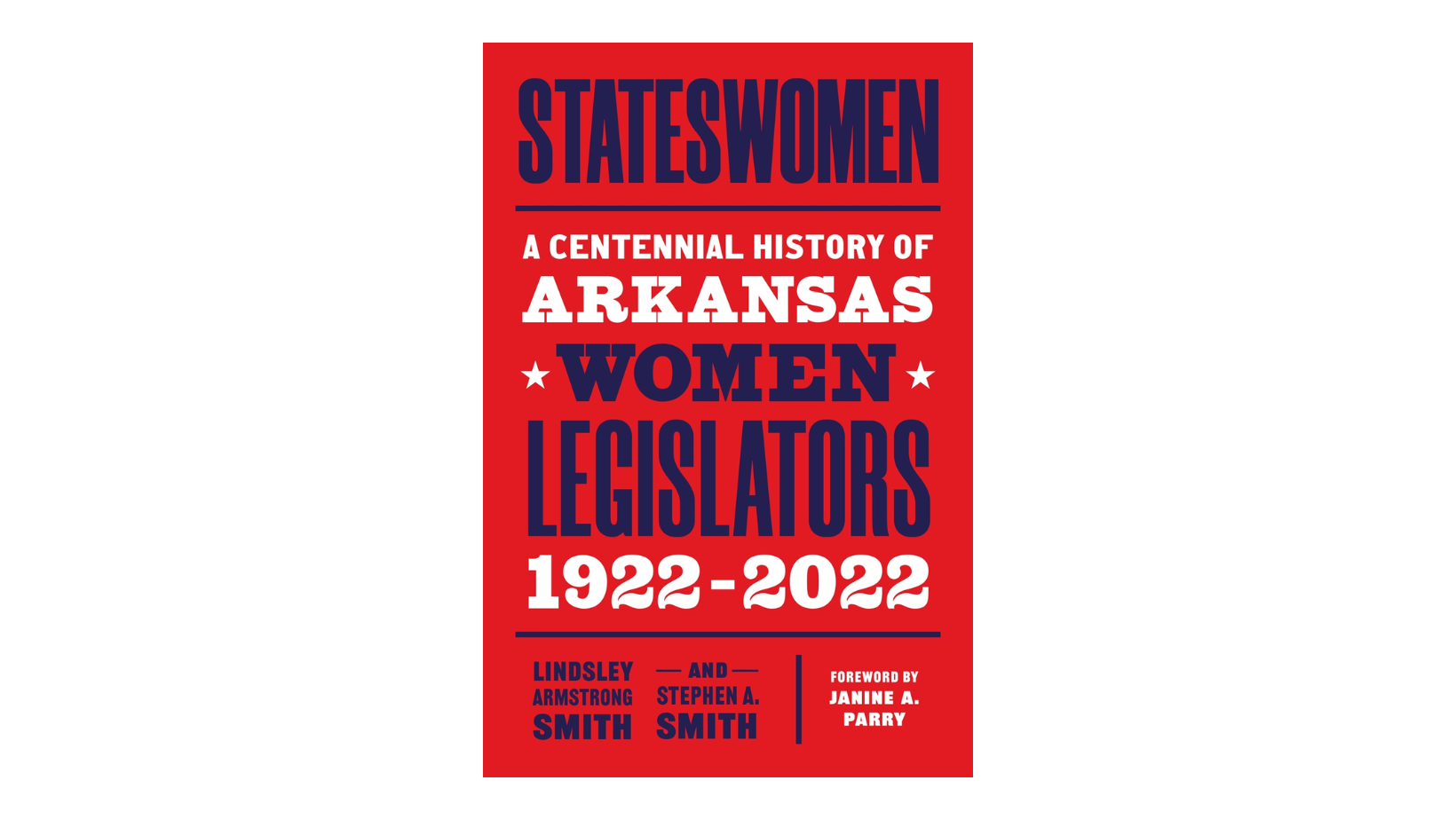 The University of Arkansas Press today has announced the publication of Stateswomen: A Centennial History of Arkansas Women Legislators, 1922-2022 by Lindsley Armstrong Smith and Stephen A. Smith.

On November 15 at the Clinton Presidential Center in Little Rock and on December 6 at the David and Barbara Pryor Center for Arkansas Oral and Visual History, the authors will present their book.

Lindsley Armstrong Smith earned a J.D. from the University of Arkansas School of Law and served as a research assistant professor of communication at the university. From 2005 to 2010, she was a member of the Arkansas House of Representatives.

Stephen A. Smith is a professor emeritus of communication at the University of Arkansas. He was a member of the Arkansas House of Representatives from 1971 to 1974, chief of staff to the Arkansas attorney general, and executive assistant to Gov. Bill Clinton. He is the author or editor of nine books on topics ranging from communication technologies to the First Amendment.