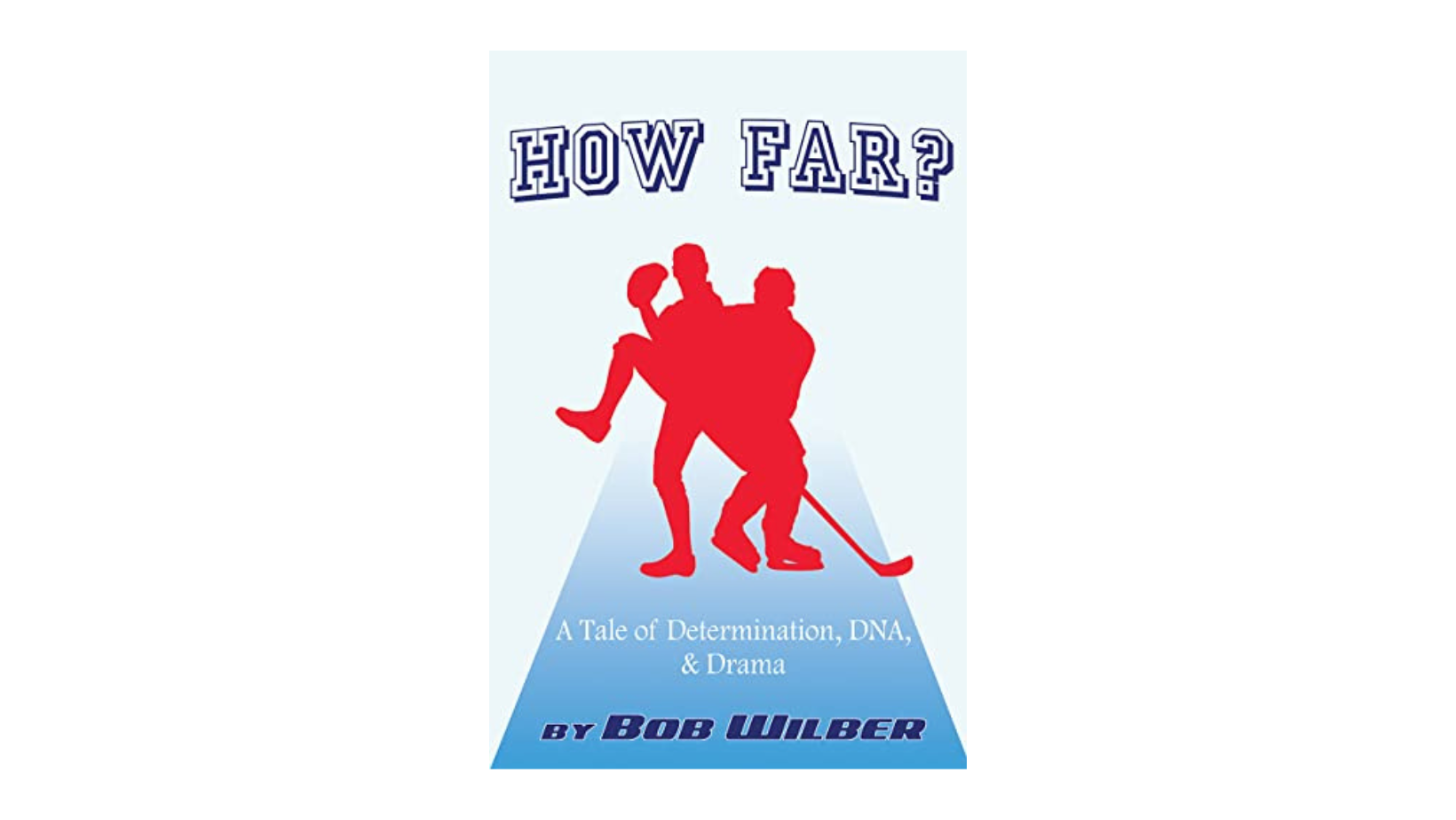 As the son of a major league baseball player and a former baseball player himself, author Bob Wilber has lived the athlete life, and in his new book, How Far?, Wilber weaves the compelling story of two disparate athletes who meet and form an unlikely bond. His creative use of first-person writing, having his fictional protagonists appear to write the book themselves in their distinct voices, immerses readers in every thought and word of the two characters.

Brooks Bennett is a gifted baseball player (and the son of artist hippies) from Southern California, and Eric Olson is an undersized hockey player from Roseau, Minnesota — where hockey is king. The two men come from vastly different worlds and couldn’t be more dissimilar. And in one spontaneous moment, their paths cross, and their lives change forever.

How Far? follows their serendipitous meeting and what happens as they each experience the emotional and physical highs and lows of their careers. Wilber takes readers on deep dives into the worlds of amateur and professional sports, down to the richest and most evocative details. On the ice, on the field, in the locker rooms and while facing life’s many personal challenges, the two characters tell the tale as it really is.

How Far? is a story that will appeal to sports fans as well as anyone who appreciates an inspiring story of personal growth and perseverance.

“When asked if it’s a sports book, my answer is, ‘It’s a life book, told through a sports lens,’” Wilber said.

Bob Wilber is no stranger to the world of sports. The son of Major League player Del Wilber, Bob Wilber grew up playing baseball. He graduated from Southern Illinois University-Edwardsville with a bachelor’s degree in Broadcast Journalism, then went on to play several seasons of minor league baseball for the Detroit Tigers and the Oakland A’s. When his playing days were over, Wilber spent time as a regional scouting supervisor for the Toronto Blue Jays.

Wilber also grew up with a passion for writing, and ended up journeying through the world of international sports marketing before he was a senior executive for three professional indoor soccer franchises. An interest in NHRA drag racing led to his 22 years as a public relations representative and team manager for professional racers. Wilber published his autobiography Bats, Balls, & Burnouts in 2017. How Far? is his first work of fiction.

Connect with Wilber on Twitter @bobwilber5, and visit his blog at www.perfectgamefound.org/bobs-blog. To learn more about Wilber and his books, visit www.bobwilber.net.

Timeless Principles of Economics Essential to Preservation of American Democracy