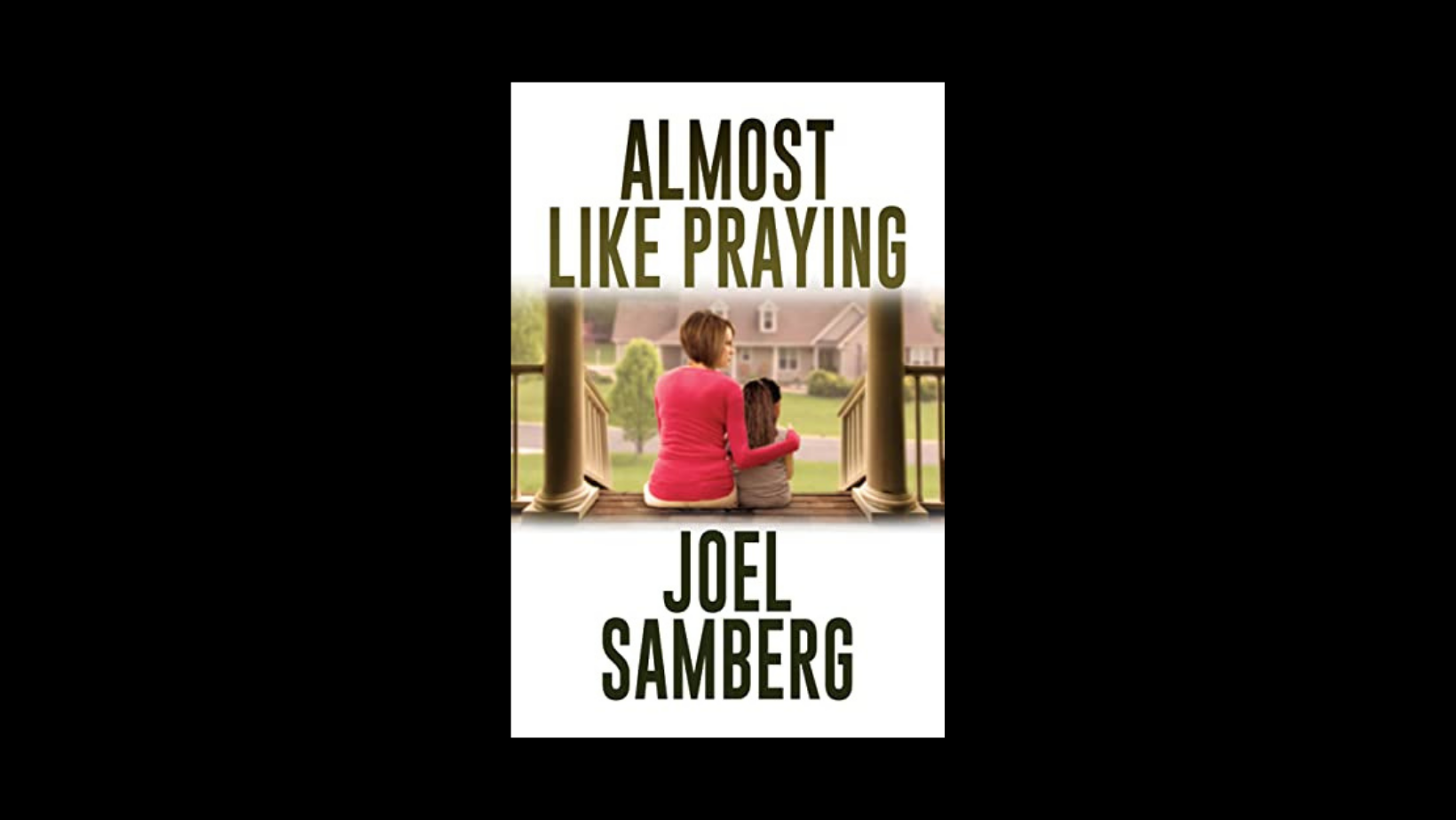 Dolores Farrell had her future all planned out: she’d marry an attorney, have sons who’d become attorneys, daughters who’d become patrons of the arts, and live in the shadow of Harvard University, thereby continuing her privileged, purebred Irish-Catholic legacy.

Didn’t quite work out that way.

Instead, Dolores must watch as each of her children adopts a lifestyle quite different from what she had envisioned. One daughter becomes a waitress, another a shock jock. One son becomes a cop, another a cartoonist. Much to his mother’s dismay, the cartoonist is also missing a leg due to a terrible childhood accident. That, of course, had not been part of Dolores’ original plan.

That’s the background for Almost Like Praying, Joel Samberg’s new and intriguing novel featuring flawed, relatable characters and a compelling message that likely will resonate with readers everywhere.

Almost Like Praying, which fictionalizes some very real thoughts and memories, is told through a trilogy of stories reconstructed by a curious journalist who, as a boy, lived across the street from the family at the heart of the book. One day from his old bedroom window, the journalist sees Dolores on her front step hugging a dark-skinned little girl named Maria, and smiling—something he feels the grim-faced Dolores would never do. That’s what prompts him to write the stories.

“The novel sprung from my own roots,” Samberg said. “Growing up on Long Island, one of my best friends had a mother who to me seemed humorless and severe. I had always wondered about her. She became Dolores. Also, whenever my family drove through the Bronx, I’d look at the ramshackle apartment buildings and wonder how the kids who lived there would fare in my own middle-class neighborhood. One of them became Maria.”

Sambergdecided to become a writer as a boy. He wrote a screenplay when he was 12 and sent it to MGM, and although the studio turned it down, an executive’s encouraging note suggested that he never give up on his dream to be a writer. Two years later, his English teacher sent a nasty note home to his parents accusing him of plagiarizing a book report because, she said, it was too well-written for an eighth-grader. That settled it: from that point on, he never gave up.

Samberg has written for dozens of magazines and has published seven fiction and nonfiction books, including Some Kind of Lonely Clown: The Music, Memory, and Melancholy Lives of Karen Carpenter. His coming-of-age novel, Blowin’ in the Wind, was published in 2019 and features the boy who grows up to become the journalist across the street in Almost Like Praying.

World’s 5 Best-selling authors you must read

An Indian Advocate Shashank Bajpai, Is The Most Dignified, Noblest Being Of The Noble Profession. The Managing Partner Of The Vardharma Chambers.