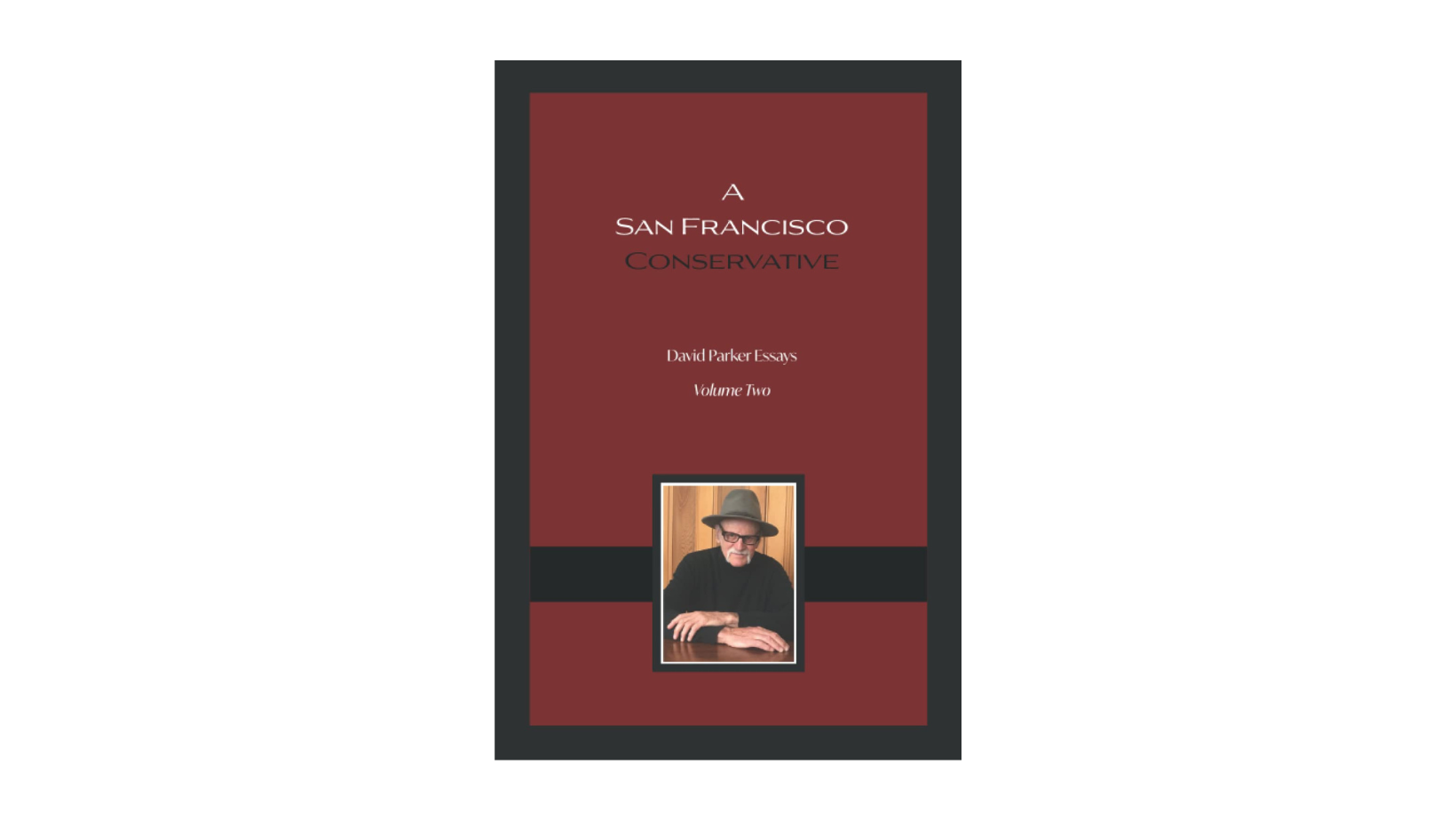 During these turbulent times, individual and governmental decisions are being made that likely will have a ripple effect for decades to come. Just in time, a new book offers a much-needed reminder that the timeless principles of economics are essential to the preservation of American democracy.

Entrepreneur, investor and lifelong educator David Parker went back to school at age 50 to gain a deeper understanding of these enduring ideas — and the missteps of nations that deviated from them — to write his playfully-titled new book, A San Francisco Conservative. Just as his first book, Income and Wealth, provided readers with a thought-provoking examination of the foundations on which this nation’s freedom rests, his latest book also serves as a message of reassurance and challenge to the conventional political thinking of the day. He calls it “a letter to progressives.”

The issues Parker addresses are those he has focused on for more than half a century, throughout his 40-year career as a teacher in San Francisco public schools. In A San Francisco Conservative, he reminds readers that “crises” have affected the American economy numerous times over the nation’s history — but they pass.

Parker provides well-researched support for his belief that economic opportunities always exist. He cautions that government leaders — especially those who identify themselves as progressives — are jeopardizing the very democracy that has produced prosperity.

Themes covered in A San Francisco Conservative range from education to taxes and the political process itself. Parker challenges the widespread belief that a “conservative” (whether a resident of San Francisco or elsewhere) lacks empathy or a personal commitment to help those who are less fortunate. Government programs supported by many in today’s progressive movement to counter this misunderstanding merely increase the nation’s deficit in dangerous ways, Parker says.

Parker began his career in education at the age of 24 and served students at San Francisco’s inner-city public elementary schools for four decades as a music teacher, followed by 10 years as a volunteer. While pursuing his career in education, Parker became a successful real estate investor. It was success in business that focused his writing, teaching and career as a professional musician. Parker spent 20 years as a member of the Berkeley Symphony Orchestra, then 20 years as leader of the Dave Parker Sextet, which twice headlined the San Francisco Fillmore Jazz Festival. His essays have been featured in The Economist, The Financial Times and prestigious law journals.

Scheduled to coincide with the publication of David Parker’s playfully titled newest book, A San Francisco Conservative, a new podcast series sharing that title showcases Parker’s views on the proper role of government and how individuals can arrange for the principles of a free-market economy to work in their favor. As the podcast’s co-host, longtime journalist Tom Martin, has noted, “David Parker’s scholarly approach to the study of political economy provides much-needed historical context to important topics dominating the news, including the progressives’ call for dramatically increased government spending.”

A celebrated blogger, Siddharth Sharma, who is in search of life’s meaning, is a graduate in Journalism and Mass Communication and Masters in English Literature. A seeker and a wanderer, who shares his experiences and emotions through his blogs, is a freelance writer skilled in content writing, also working towards getting his own book published.
He's currently working as a Writer and Proofreader for WorldAuthors.org

S. Charlton’s The Light I Found is Empowering, Heart-Warming and Raw

Astrology for Moors: Map of self