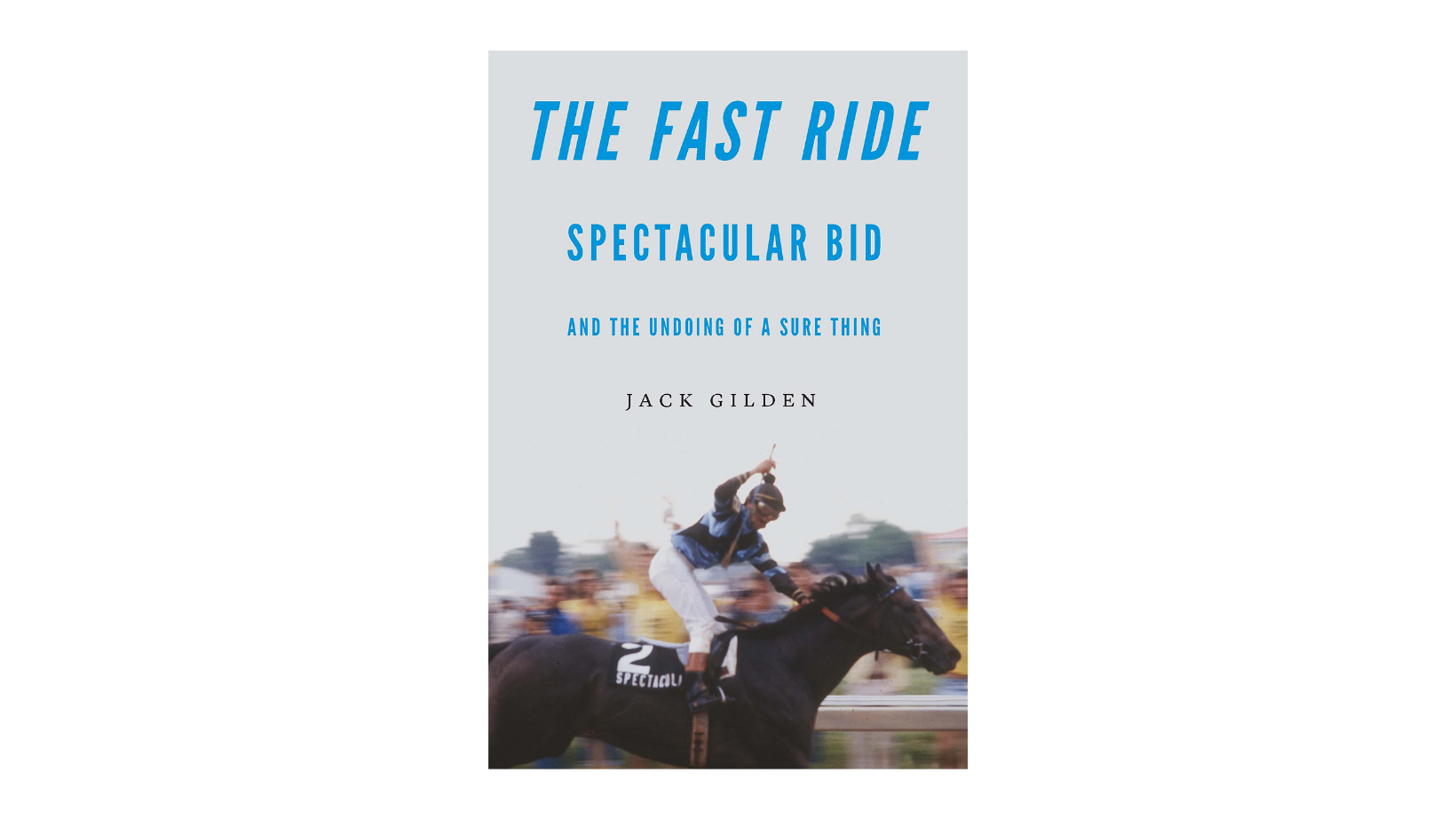 43 Years Later, the Unseemly Saga of Spectacular Bid is Revealed

In an era of spectacular thoroughbreds, Spectacular Bid may have been the most exalted racehorse of them all. In 1979, he won the Kentucky Derby and the Preakness — and transcended his sport on a run of 12 consecutive stakes victories. But his quest for the Triple Crown was lost with a third-place finish in the Belmont Stakes due to a series of bizarre events that have never been accurately reported.

In The Fast Ride: Spectacular Bid and the Undoing of a Sure Thing, author and journalist Jack Gilden tells the story of what really happened the day “the Bid” lost the biggest race of his life. Along the way, Gilden introduces readers to a cast of characters from the gilded age of late twentieth-century horse racing, from Bid’s owners, the renowned Meyerhoff family, to Grover “Buddy” Delp, the fast-talking trainer, to teenage jockey Ronnie Franklin, whose meteoric rise to fame aboard Spectacular Bid came at the cost of his innocence and well-being.

“I came into the story as Franklin lay in an East Baltimore hospice gasping his last breaths,” Gilden writes in the introduction. “I was aided and abetted by one of his friends who had decided it was time that the truth came out.”

Also present in Gilden’s narrative are four of the era’s magnificent Latino riders, Ángel Cordero Jr., Jacinto Vasquez, Georgie Velasquez and Ruben Hernandez. They all felt the sting of rejection and bigotry during their long careers, even as they found their way and raised the level of competition to a feverish pitch.

Underlying Spectacular Bid’s saga was the thin line between hard work and excess, including substance abuse, animal manipulation, doping and race fixing. Hardly anyone in the horse’s circle made it out unscathed or undamaged.

The Fast Ride is the story of a great racehorse, unfulfilled dreams, the exhilaration and steep price of striving at all costs, and an American era in which getting everything you ever wanted could be the most empty and unfulfilling sensation of all.

Jack Gilden is the author of Collision of Wills: Johnny Unitas, Don Shula, and the Rise of the Modern NFL (2018). His editorials, columns and articles have appeared in Orioles Magazine, the Baltimore Sun, the Evening Sun, Chesapeake Life, Style magazine and the Baltimore Jewish Times. He has written about the anti-Semitism of H.L. Mencken, the literary life of Bernard Malamud, the lost legend of “Swish” Nicholson, Joe Louis as civil rights hero and the profane genius of Earl Weaver. He scripted the Orioles 40th Anniversary Video, narrated by the legendary Jim McKay. Gilden lives in Baltimore with his wife, two children, two step-children, and his dog.

For more information, connect with the author on Twitter at @JackGilden, or visit