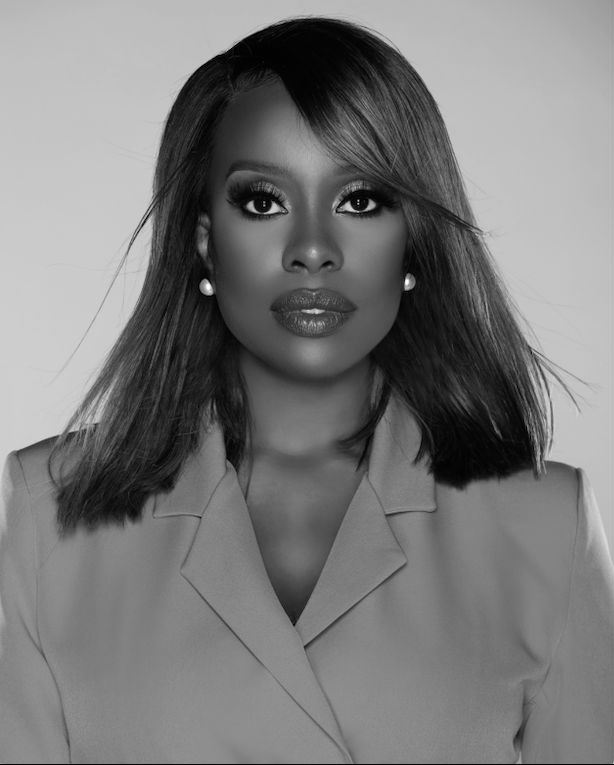 When Real Life is Better Than Fiction – Meet Author Abigail Damoah With Her Empowering True Story of a Wrongful Conviction, Faith, Redemption, and Resilience.

Despite being sentenced to 12 years Florida state prison for a crime that she did not commit, Abigail Damoah chose to live a life of faith, and hope during what should have been the most devastating time of her life. But she says:

“I don’t regret one second of the time I spent in prison, because I found a part of myself I didn’t know existed. You will never have access to the strength of the human spirit unless it is put under crippling pressure. What I found is that pressure produces power when you learn how to embrace pain.”

Damoah’s case was dismissed by the 4th District Court of appeals, and in July of 2016, she was reunited with her family.

She holds an MA in Theology and Religious Studies and is a personal development copywriter, speaker, and author. Damoah teaches people how to turn their pain into power. Her book, ‘She is Risen From Destitute to Destiny: My Fight For Freedom in An American Prison’, will be available for pre-release on 28th January 2022.

HELLO AUTHOR ABIGAIL DAMOAH, WELCOME TO WORLDAUTHORS.ORG! IF YOU HAD TO DESCRIBE YOURSELF IN THREE WORDS, WHAT WOULD THEY BE?
An enigma: I am a very difficult person to understand because I don’t reveal myself to everyone. I allow people to think what they want to think, and most of the time, they are wrong.

Determined: If I have my heart set on doing something, I will find a way to do it.

Intense: People find me intimidating because I can be very intense. But which side of the intensity you’ll experience will depend on how I feel. I can spend the day acting like a complete clown, and very extroverted. Or I can be very introverted, and tuned into my inner being.

WHAT INSPIRED YOU TO START WRITING?
I started writing to make money to pay my lawyers fees while I was waiting to be extradited to America. My younger sister was a freelance writer, and she showed me how to get started. I forgot that I had a passion for writing until I started writing. In school, English was always my favourite subject, but I didn’t pursue it as a career. When my clients started giving me excellent reviews, and offering to increase my pay if I worked for them exclusively, I realised I had tapped into something serious.

Writing became a part of my purpose in prison because there were so many women who needed to write important letters, but they didn’t know how to. Once I accepted the fact that I may not be going anywhere for a while, and stopped feeling sorry for myself, my eyes were opened to the suffering of others. A lot of my time was spent writing letters for women to send to judges, law enforcement agencies, or family members. The impact was overwhelming, something that came naturally to me was making other people’s lives better. It was during this time that I learnt that life isn’t about me, but about using my gifts to make the world a better place.

I started writing my book in prison. I was initially inspired to write it because my case was on the news, and it was full of lies and half truths. I wanted to tell my story in my own words. But it turned into more than that, I quickly realised that my story could change lives, and that became the driving force behind my writing.

WHO IS YOUR FAVOURITE AUTHOR AND WHY?
Nelson Mandela. I read his book ‘A Long Walk to Freedom’ when I was in prison, and his story penetrated my soul in a way that no other book had. He suffered with such grace and humility because he understood that what he was going through was about the freedom of his people. He was a fighter, and when times got hard, I would always revert back to that book.

WRITING CAN BE AN EMOTIONALLY DRAINING AND STRESSFUL PURSUIT. ANY TIPS FOR INSPIRING WRITERS?
Take a break when you need to, but don’t give up. There were emotions that I didn’t want to deal with when I was writing, so I would just stop, and come back to it when I was ready. There were times when I’d get writer’s block because I couldn’t find the words to express myself the way I wanted to. I would stop writing and read a book, eventually, something would click, and I’d keep writing. The pursuit is stressful, but the stress is worth it in the end. The key is rest, remove yourself from it, and come back once the burden has lifted.

WHAT IS THE SIGNIFICANCE OF THE TITLE?
It was inspired by the Bible verse Luke 24:6, the NIV version says, “He has risen.” After Jesus was crucified, some women went to visit the tomb, but when they arrived, they were told that He had risen just as He said. Jesus had to die to rise again, and so did I. Metaphorically speaking, my old self died during my incarceration, and the person I was created to be emerged. I went into prison broken, impoverished, and in a state of utter despair. I was completely empty, but I left carrying my God given destiny. Yes, I had to fight for my freedom, but that fight strengthened me, it gave me wisdom that despite my qualifications, I had never found. Now I have full confidence that when life knocks me down, I know exactly what I need to do to get back up.

AFTER READING THE BOOK, WHAT MAIN MESSAGE WOULD YOU LIKE READERS TO TAKE FROM IT?
As you will find out when you read my book, my life is layered. My teenage years were very turbulent, and I spent a long time involved in some crazy stuff. Despite the fact that I was innocent of the crime I was accused of, my bad decisions led me to being at the wrong place at the wrong time. One of my favourite scriptures in the Bible is, “And we know that all things work together for good to those who love God, to those who are called according to His purpose” (Romans 8:28). As people read my book, they’ll see the invisible hand of God weaved throughout it, because He has been with me from the beginning, even though I wasn’t with Him.

So regardless of what you’ve done, or the tragedy you’ve experienced, everything will be used as a testimony of hope if you choose to cooperate with God. Ultimately, it’s a story of faith, no matter what your situation looks like, don’t give up, because when the time is right, the door you’ve been standing behind will open, and a whole new life will be waiting for you on the other side.