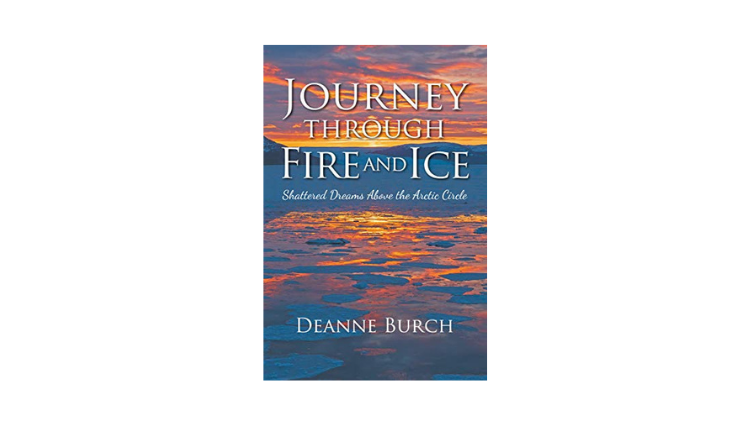 Deanne Burch made her mark as an internationally renowned photographer who taught and lectured through the United States and Canada, but few know that during her younger days, she survived an ordeal that changed her life forever. She decided to tell the whole story in a new memoir, Journey Through Fire and Ice: Shattered Dreams Above the Arctic Circle.

At the age of 23, Burch accompanied her husband, Ernest “Tiger” Burch, to the Inuit village of Kivalina, Alaska, a barrier island 23 miles above the Arctic Circle. Tiger was conducting a study of the natives, but Deanne, a naïve city girl, was completely unprepared for what she was about to experience.

In Kivalina, she lived on the edge of two worlds — the one she left behind and the one where she reluctantly participated in all aspects of the women’s lives. Skinning seals, cleaning and drying fish, and cutting beluga and caribou to store became her way of life. Plumbing, running water and electricity were not available. Loneliness was a constant companion until a few women befriended her.

During a span of six days, Deanne and Tiger narrowly escaped death during a camping trip, and Tiger suffered severe burns from a fire in their house. He spent three months in the hospital receiving treatment for seared lungs and horrific burns on his face and hands. His lungs never recovered from this ordeal.

When he was finally released from the hospital, he returned to the village with Deanne to complete the study. The life-threatening and harrowing experiences in Alaska transformed Deanne into a woman of strength who learned how to embrace challenge.

Over 50 years later, she remembers that young girl who left on an unknown journey that will live in her heart forever.

Author Deanne Burch was born and raised in Canada and attended the University of Toronto, obtaining B.A. degrees in liberal arts and social work. After the Alaska journey, she and her husband eventually settled in Camp Hill, Pennsylvania, where they lived until his death.

Deanne spent 30 years as a professional international photographer who taught and lectured in the U.S. and Canada. She published several articles in photography magazines and journals. Since retiring in 2014, she devoted herself to writing short stories and children’s stories. Journey Through Fire and Ice: Shattered Dreams Above the Arctic Circle was published in March 2021.