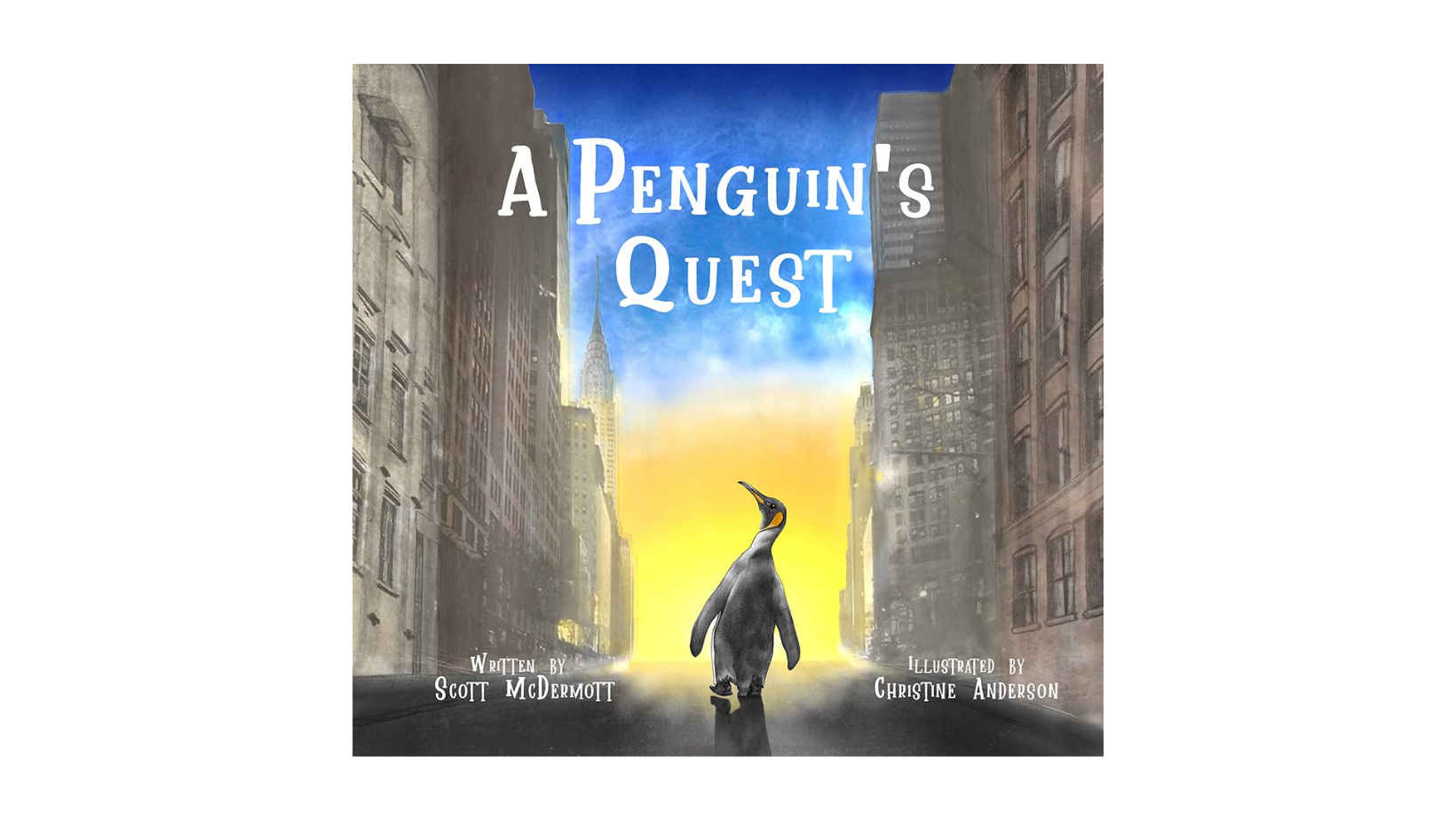 “A beautifully illustrated and appealing animal tale that underscores defying odds and helping others.” — Kirkus Reviews

A boundary-pushing penguin named Ingrid ventures beyond the comforts of her Antarctica home to shatter stereotypes in the inspirational children’s tale, A Penguin’s Quest.

“The real, deeper message is really to dream big — to just go for it — whatever that dream might be, even if people says it’s impossible,” author Scott McDermott said in a recent interview.

Ingrid’s story begins as she heeds advice from some seriously lost NYC pigeons and sets out determined to accomplish something that no other penguin has ever done. A globe-trotting, epic journey ensues, with a cast of colorful characters that includes sea captains, Penn Station rats, a trip inside the NYC pigeon underworld and a ski instructor named Klaus. The mystery of Ingrid’s destination holds the answers as this intrepid penguin is on the verge of a discovery that could rock the penguin world.

Brought to life by author (and world-renowned photographer) Scott McDermott, with illustrations by Christine Anderson, this engaging adventure about pursuing a dream, no matter how improbable it may seem, unfolds like a short, animated film and culminates in a wonderful end. Written for children with a reading age level of grades 2-3, A Penguin’s Quest is a perfect early reader chapter book in a picture book format.

Author Scott McDermott grew up in Switzerland, backpacked through the American West, and trekked the Himalayas before spending the last 25 years as a commercial photographer and filmmaker in New York City. He has photographed many of the most influential figures in Hollywood, the music industry, business and government, along with directing a feature film and many commercials. McDermott recently started writing children’s fiction, inspired by the stories he made up to tell his own children. He is also learning to play bass guitar, primarily to back up his son on guitar.

Illustrator Christine Anderson is a Senior level Illustrator and Surface Pattern Designer based in Scottsdale, Arizona. She received a BFA in Graphic Design/Illustration from Drake University and has worked in commercial design for over 20 years. Though she had a successful career as a muralist and furniture designer, as well as being commissioned by corporations such as Learnin’ Tree, American Express, Hobby Lobby, Trader Joe’s, Michaels’s, QT Fabrics and Boston International, Anderson longed for her drawing board. She decided to refocus and get back to her true love, illustrating, with children’s books being part of her journey.