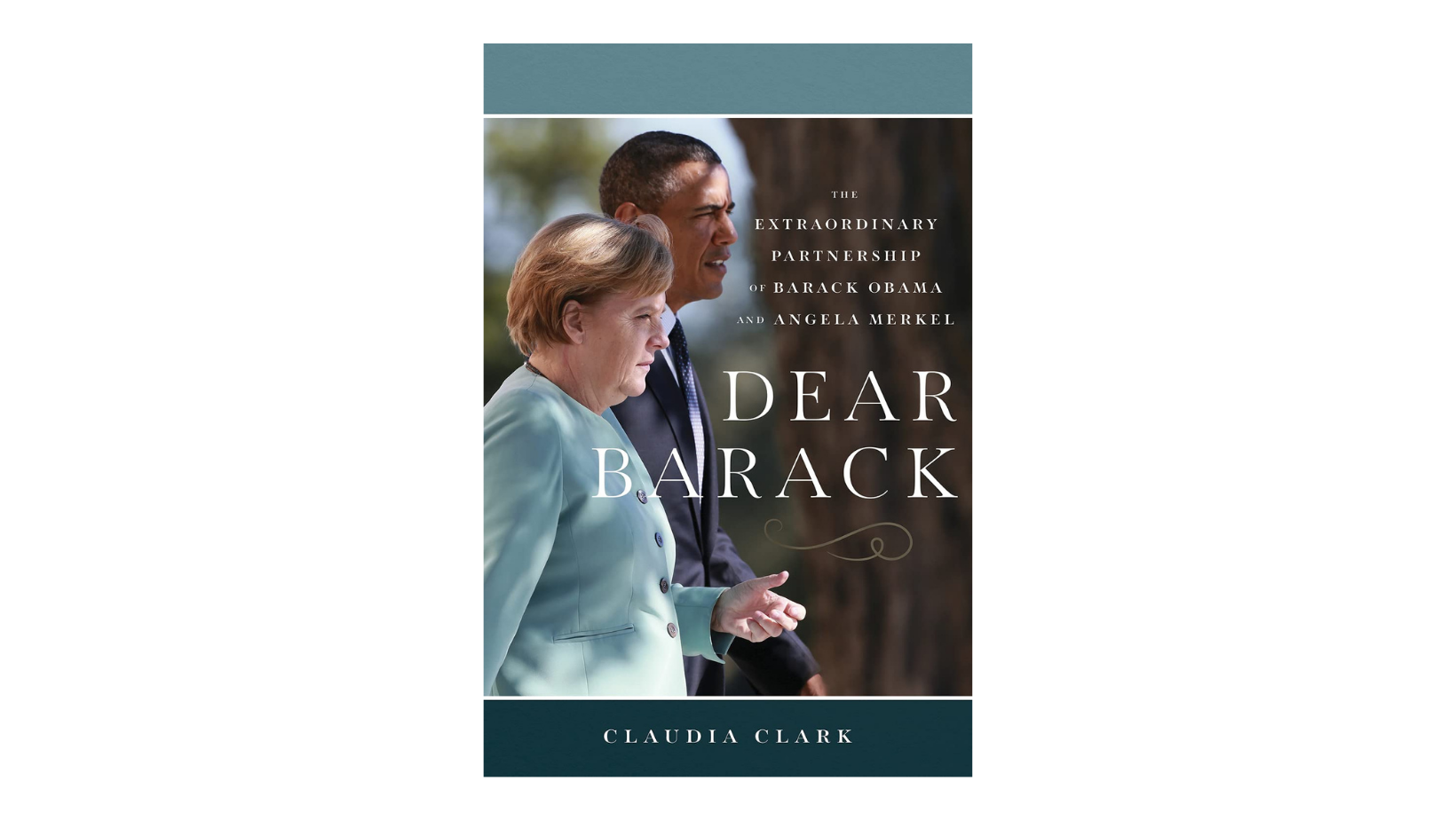 Today, former U.S. President Barack Obama and former German Chancellor Angela Merkel are known as two of the world’s most influential leaders, together at the center of some of the biggest controversies and most impressive advancements of the modern world. But while their friendship has been the subject of both scrutiny and admiration, few know the full story.

Clark’s new book, Dear Barack: The Extraordinary Partnership of Barack Obama and Angela Merkel,is a thoroughly researched exploration of the parallel trajectories that led to Obama and Merkel meeting on the world stage, and the trials—both personal and political—that they confronted in office. At times, in the leaders’ own words, the book details such events as Merkel’s historic acceptance of the Presidential Medal of Freedom, Russia’s annexation of Crimea, and the 2013 NSA spying scandal, demonstrating the highs and lows of this extraordinary alliance.

Taking office at the height of the 2008 global recession, Obama was keenly aware of the fractured relationship between the U.S. and Europe, Clark explains in the book. And for her part, Merkel was suspicious of the charismatic newcomer who had captivated her country.

Faced with the challenges of globalization, the two often clashed over policy, but—as the first Black president and first female chancellor—they shared a belief that democracy could uplift the world. United by this conviction, they would forge a complicated but inspiring partnership.

A story of camaraderie at a global scale, Dear Barack is a “fit-all” in terms of politics and shows that it is possible for political adversaries to establish bonds of respect—and even friendship—in the service of the free world.

Claudia Clark is an author, speaker and activist focused on social justice and democracy. In 2017, Clark and her husband moved from California to Germany, where she served as the national Get Out the Vote (GOTV) coordinator for the Democrats Abroad Germany chapter from January 2019 to May 2020. Clark has several advanced degrees, with a focus on social work, women’s history and labor relations. She currently lives in Berlin, where she is conducting research for her next book which will compare the experiences of the Northern Irish during the height of the IRA conflict with the East Germans during the Cold War.

3 Awesome Ways To Explore The Island Of Malta