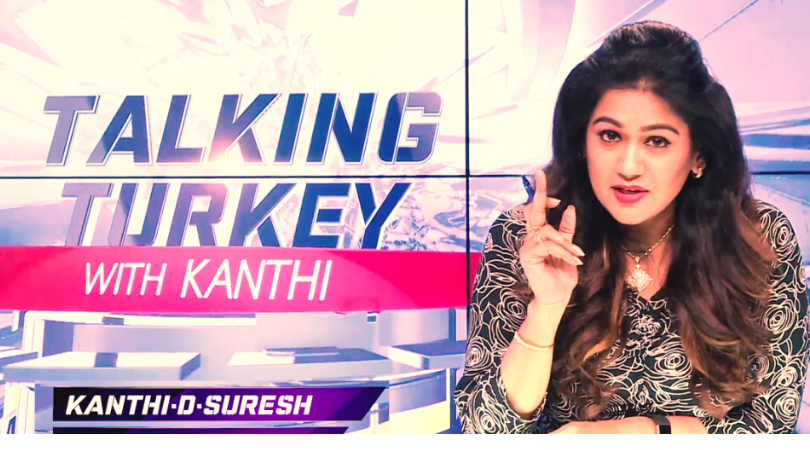 Kanthi D Suresh is editor-in-chief for Power Sportz, India’s first live digital sports channel. Beginning her career as an anchor for DD Sports in 2008, she has accrued over a decade of experience. She first made her mark at the 2008 Olympics in Beijing. Since then, Kanthi has anchored for the Commonwealth Games, the Asian Games, the 2012 Olympics in London, and the Lusophony Games. Well known for her Power Sportz program, Talking Turkey with Kanthi, she leads the debate on India’s global athletic presence, interviewing experts and athletes.

What do you think is the biggest challenge to female leadership?

While gender insensitivity is a big hurdle that most women have to cross in the journey to leadership, i feel a bigger challenge lies within the  woman, to be able to resist the temptation to fall back into the water-tight box that society perceives her to be in, where she is comfortably supposed to accept male being the superior species, intellectually! Once, she decides to operate emotionally at a higher plane, which is an arduous task in itself, she would be seeing more opportunities than challenges!

What kind of new perspective do you think you’ll bring to the sports media in India?

The Sports media in India is skewed into making people believe in the supremacy of a single sport. The current sports media also portrays sport as a piece of amusement and entertainment. I would like to change both these perspectives.

We often hear that sports media don’t cover women’s sports, what do you think about this?

I wouldn’t say that. They do cover women but only women, who win. There lies the difference!

Your show “Talking Turkey with Kanthi” is trending, from where do you get subject ideas?

The show ‘Talking Turkey’, basically stems from looking at sports from a totally different perspective. Like I mentioned before, sports in our country is looked upon as entertainment, but I look upon it as a subject to be debated and discussed. When the United Nations can declare Sports as an important platform for the sustainable development of a country, I think its important to look at Sports from a more cerebral, intellective and thoughtful angle. This thought process in itself generates subject ideas.

Take that rage, put it on a page, capture the imagination on a stage….the rest would be history!