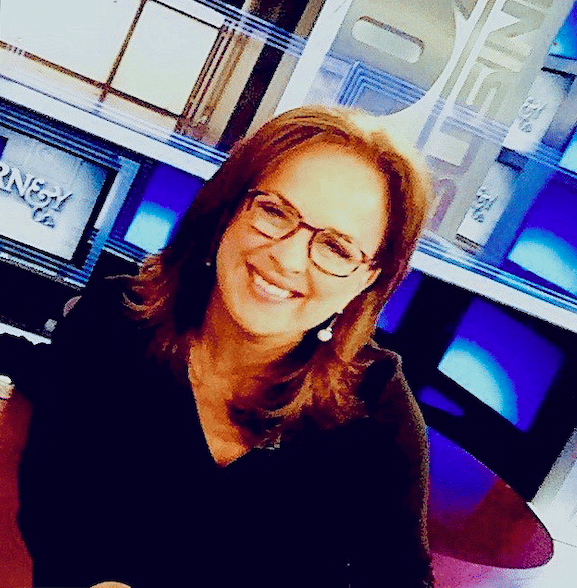 Elizabeth MacDonald has been a business journalist for more than three decades. She has covered business and political news as the anchor of the Evening Edit at Fox Business, at the Wall Street Journal, Worth Magazine, Money Magazine, and as a senior editor for Forbes Magazine, where she created the World’s Most Powerful Women annual ranking. MacDonald has won more than a dozen awards and has testified twice to Congress about IRS and tax reform. Members of Congress have noted MacDonald’s IRS coverage led to improved taxpayer rights at the agency. MacDonald is also the author of the historical fiction book and play “Skirting Heresy: The Life and Times of Margery Kempe,” which debuted in England in September 2018. This is her first children’s book.Bron Williams is an illustrator, performer, and makeup artist based in Seattle, WA. Since graduating from The New School in 2016, Bron has focused on private commissioned work and is currently creating a multimedia web comic, Username. Her work centers on designing and illustrating promotional pieces for various non profits and private commissions. She spent her early professional years in documentary production in Manhattan, and was an archival researcher on The Years Project produced by Showtime. She was a member of the 2016 ACT Think Tank in Seattle, where she assisted in conceptualizing revolutionary intersections between the tech industry and the performing arts. This is her first foray into the world of children’s literature illustration.

Hello Author Elizabeth Macdonald, Welcome to WorldAuthors.Org! What is the hardest part of writing your books?
Hi! Well, I think the hardest part is having all these ideas in my head, and then writing them down and organizing them. But once I get going, it’s like a magical adventurous ride that’s better than any amusement park. It starts a vivifying process that stays with me during the day, when I go running, all of a sudden I’ll have this mini, magical eureka moments, yes write it that way, or yes put that sentence here or paragraph over there. It’s a lot of fun, but it probably makes me really annoying to be around because I’m distracted.

What songs are most played on your Ipod?
I love the band Simple Minds, I listen to their songs all the time. I go running to dance music too, like Mary J Blige and old 70s disco songs that have been reworked into exercise songs.

Do you have critique partners or beta readers?
I don’t but I have a lot of critics on Twitter, I read what people say as much as I can.

What book are you reading now?
I’m reading Erik Larson’s The Splendid and The Vile, also G.K. Chesterton’s The Complete Father Brown Mysteries, Terry Teachout’s The Skeptic: A Life of H.L. Mencken and I just picked up again Tolkien’s The Two Towers.

How did you start your writing career?
Well I have wanted to be a reporter since I was ten years old, and I still can’t believe I’ve been doing journalism four about thirty five years now. I started out at Money Magazine, then onto Worth Magazine, then the Wall Street Journal. I guess I am always hungry and wanting more.

Tell us about your next release.
I’m thinking of writing a sequel to Tideon, I have the ideas in my head now for it. I wrote a book called Skirting Heresy: The Life & Times of Margery Kempe, and a play off my book that debuted in England two years ago. I’m thinking of doing more with that. It’s an historical fiction book based on the true story of Margery Kempe, considered the first autobiographer in the English language. She was put on trial and almost put to death multiple times for her beliefs and because she preached about the Gospels on the streets of England when that was against the law. The monarchy of Henry V repeatedly tried to capture her. This is Catholic England before Joan of Arc was executed, my favorite period in history.