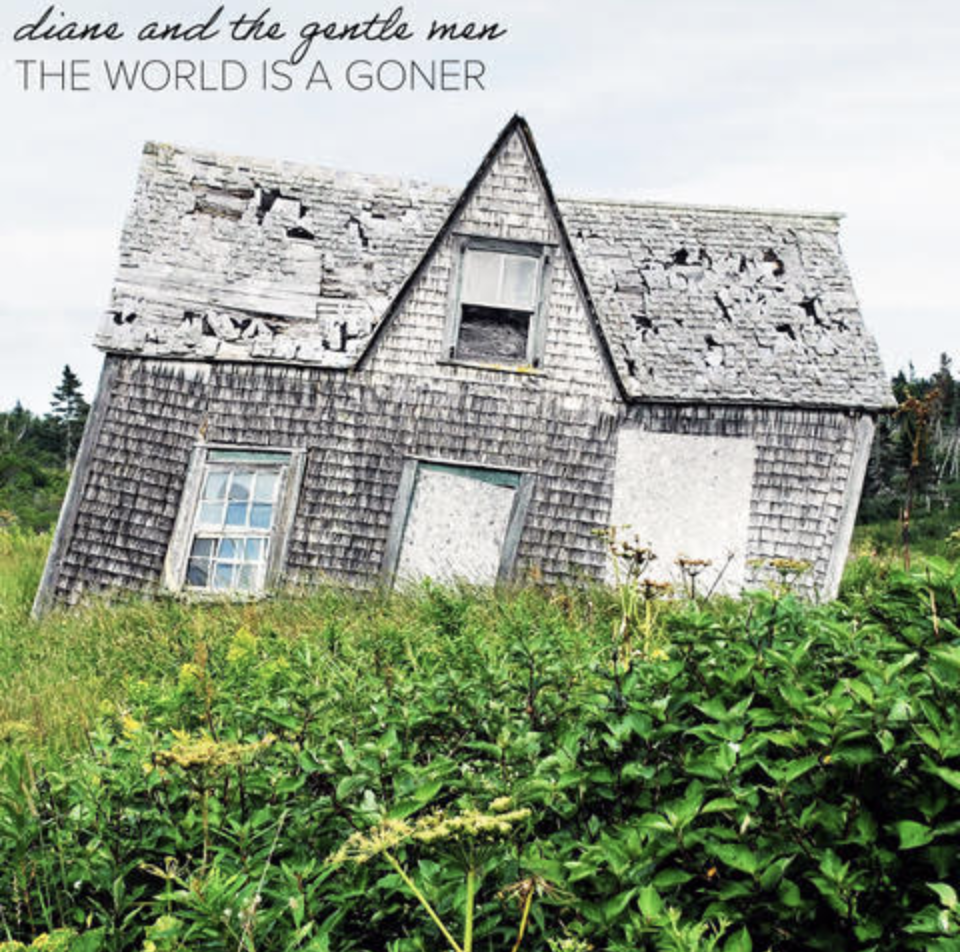 Diane and the Gentle Men Reveal “The World is a Goner”

“The World is a Goner” is the first single from the newest album coming from Diane and the Gentle Men. Written at home during a pandemic, she says “the song came about from looking for alternate ideas for creativity, while dancing around my house by myself in an effort to feel alive and well. We sometimes take for granted that when we are out and about on a daily basis, inspiration is endless.

Being forced to stay indoors for a longer period of time allowed me to venture down a rabbit hole of podcasts, YouTube documentaries, old radio programs and television programs of yesteryear. The song emerged when I was feeling content about being locked in and lonely, seeing the world through a window and being grateful I wasn’t sleeping on the street. Like the cover, the crooked dilapidated house not wanting to fall, I found Influence from old films like King Kong, Mad Max, American Graffiti and songs by Diana Ross and the Supremes, Otis Redding, and of course, The Kinks. I got to work this song up with Derek Cruz (Jesse Malin band) for a live broadcast I was working on and then when things felt a little more safe, we went out to Atomic in Brooklyn with the other guys in Jesse Malin’s band and put down the song. My other players were unavailable at the time because of the pandemic (they have kids). I am grateful to Derek Cruz, James Cruz, Randy Cover Art Gillian Stoll Schrager and Rob Clores for their musicianship and of course for Malin and his never ending generosity not to mention Merle Chornuk and Geoff Sanoff for their genius. Lastly, Don Dilego, producer, writer and friend at Velvet Elk Records who tirelessly puts out my records while delivering great tunes himself. I feel very lucky to be a part of a beautiful music community.” The video for the new single was filmed by Photographer/Artist Dina Regine in an afternoon in an apartment in NYC and edited by Dave Stekert, with whom Diane has often collaborated.