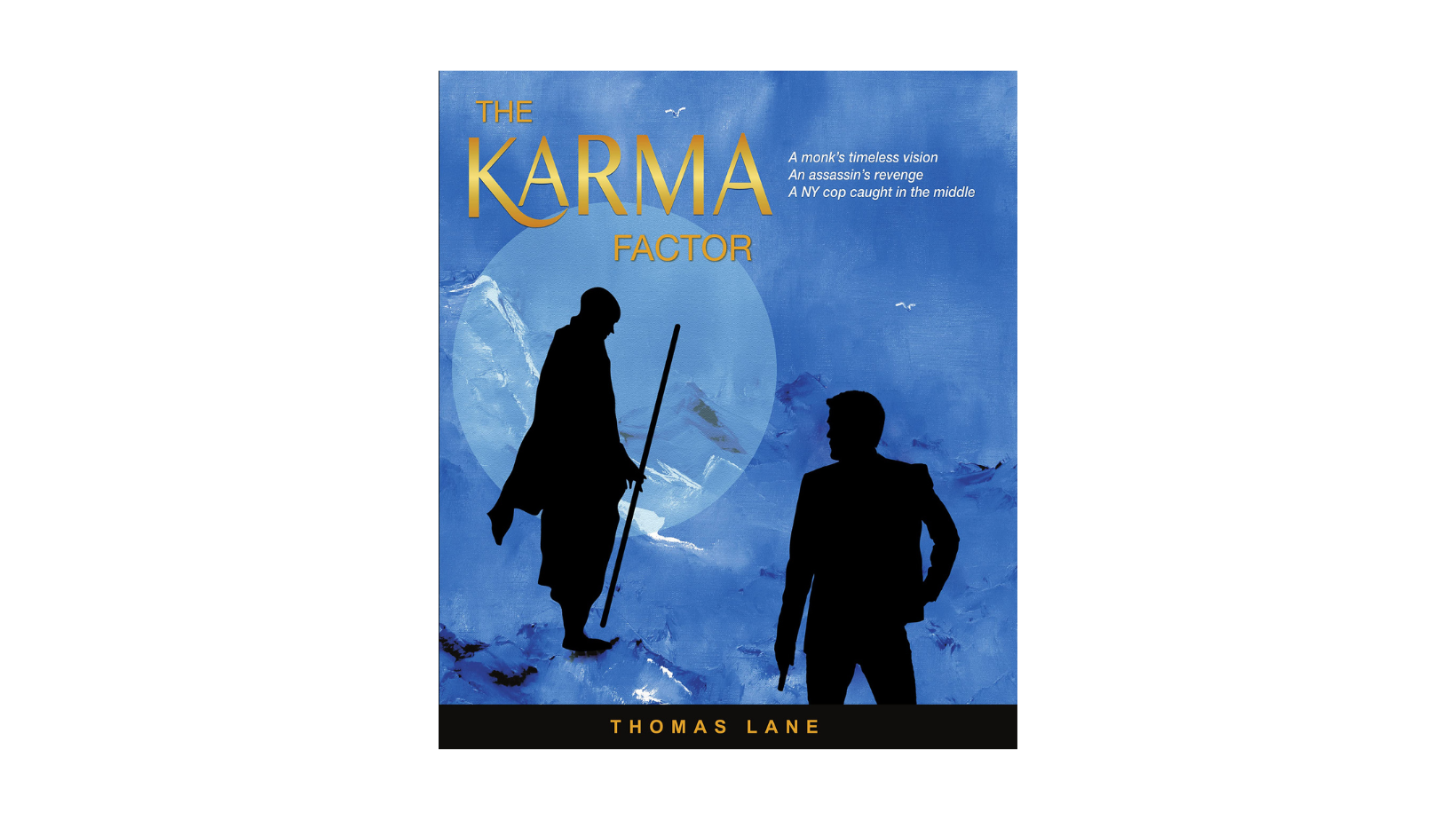 Forced to straddle alternative realities, a blue collar cop must evolve beyond his badge, overcoming his own dark past in The Karma Factor, a work of visionary fiction that explores the boundaries of human consciousness against the backdrop of a classic suspense thriller from author, poet and musician Thomas Lane. With a purpose that transcends the genre, Lane expertly weaves the novel’s wider message in a ground-breaking, white-knuckle ride between worlds, as characters set out to make karmic amendments, right wrongs and re-establish the power of choice.

Haunted by a nameless guilt, tired of running from his demons, NYPD detective James Early decides to end his life. Taunting an armed suspect into blind fury, he makes himself an easy target. But the bullets fired at point blank range are mysteriously diverted. There is no blood and no wounds. Instead of the end, Early finds himself, miraculously, at the beginning of a long and arduous quest to solve the riddle of the missing bullets and the search for meaning: “If I’ve been given some kind of reprieve … what in God’s name am I supposed to do with it?”

The Karma Factor flips the good-versus-evil theme on its side as it traverses the ages, interlacing past lives with present, on a hero’s quest for redemption. Lane juxtaposes veteran city detectives and an elusive serial killer with a visionary monk sequestered in an abandoned monastery in the Tibetan Himalayas.

When protagonist Early sets out to uncover the mysterious force that saved his life, he discovers that, in his previous lifetime, he had been part of a secret mission. Led by a Tibetan sage, a team of advanced thinkers had gained access to the Akashic Records, a repository of every soul’s thoughts, deeds and actions through time. Their goal? To use these records to locate key individuals’ unhandled karma in the past –– and help those souls be accountable for their misdeeds. The mission’s ultimate challenge would be to restore an awareness of possibilities, unburdened by the past, to a world engulfed by denial and fear.

Lane adds a unique perspective to the genre: “I see the world as a place of grit and suffering and magic. I wanted to capture those contrasting elements, show them as parts of a whole when viewed through a lens that is vast and kind and timeless. Although the story revolves around a cop and a serial killer, the book is fundamentally about hope –– a hope that understands both bullets and prayers, and the path that goes beyond.”

Born and raised in Connecticut, Thomas Lane is a multi-dimensional artist drawn to spaces where art, spirit and social justice intersect. He is the author of The Artists’ Manifesto and a catalog of songs, poems, screenplays, novels and paintings. He also founded The Helen Hudson Foundation, a charitable organization focused on social issues, including homelessness, racism and the environment. He currently lives with his wife in Rhode Island.