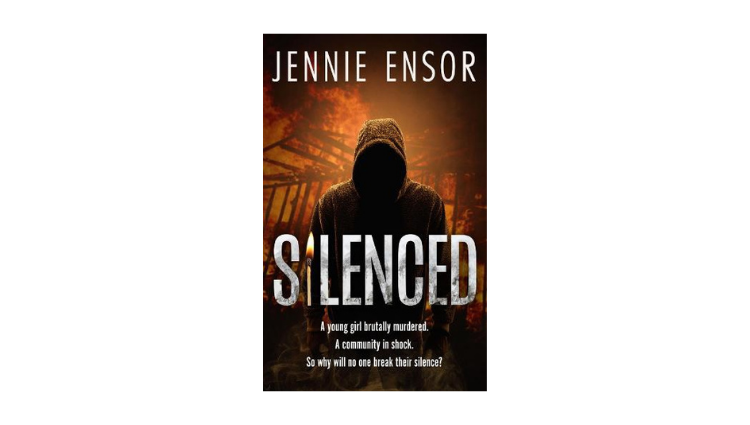 Lloyd, is a rising British actor who has built a name for himself. In 2020, The Voice named him as one of the top 20 ones to watch out for. The actor has performed in critically acclaimed productions around England, even working with Oscar-winning actor Mark Rylance. Some of Lloyd’s credits include but are not limited to Animal Farm (2015), Fragile Things (2016), The Shakespeare Walks (2019), Shakespeare Within The Abbey (2019), Excluded (2019), Lyric Evolution (2020).

Lloyd said: “I think Silenced by Jennie Ensor is a clever book, full of suspense and drama. It takes the reader into a world that feels so real. She really brings depth and humanity to the storyline and the characters. Very gripping. I loved reading her book. It provokes thought and shows you contemporary London inner city life”

The novel is Ensor’s fourth book published by Hobeck Books.

A teenage girl is murdered on her way home from school, stabbed through the heart. Her North London community is shocked, but no-one has the courage to help the police, not even her mother. DI Callum Waverley, in his first job as senior investigating officer, tries to break through the code of silence that shrouds the case.

This is a world where the notorious Skull Crew rules through fear. Everyone knows you keep your mouth shut or you’ll be silenced – permanently.

This is Luke’s world. Reeling from the loss of his mother to cancer, his step-father distant at best, violent at worst, he slides into the Skull Crew’s grip.

This is Jez’s world too. Her alcoholic mother neither knows nor cares that her 16-year-old daughter is being exploited by V, all-powerful leader of the gang.

Luke and Jez form a bond. Can Callum win their trust, or will his own demons sabotage his investigation? And can anyone stop the Skull Crew ensuring all witnesses are silenced?

Ensor said on her writing the crime novel: “There were a few horrific incidents like a 14-year-old shot in the head outside a playground in East London, and my step-daughter who is a teacher came home with stories about pupils who were known to police as the children of high level gangsters. I wanted to know more and go behind the headlines.”

Silenced by Jennie Ensor is available now in hardback. The audio version will follow later this year (2022).

From hip hop emcees to cancel culture, Freddy Will’s seven-volume journal as The…

Does History Repeat Itself? Seven Top Political Stories of 2021