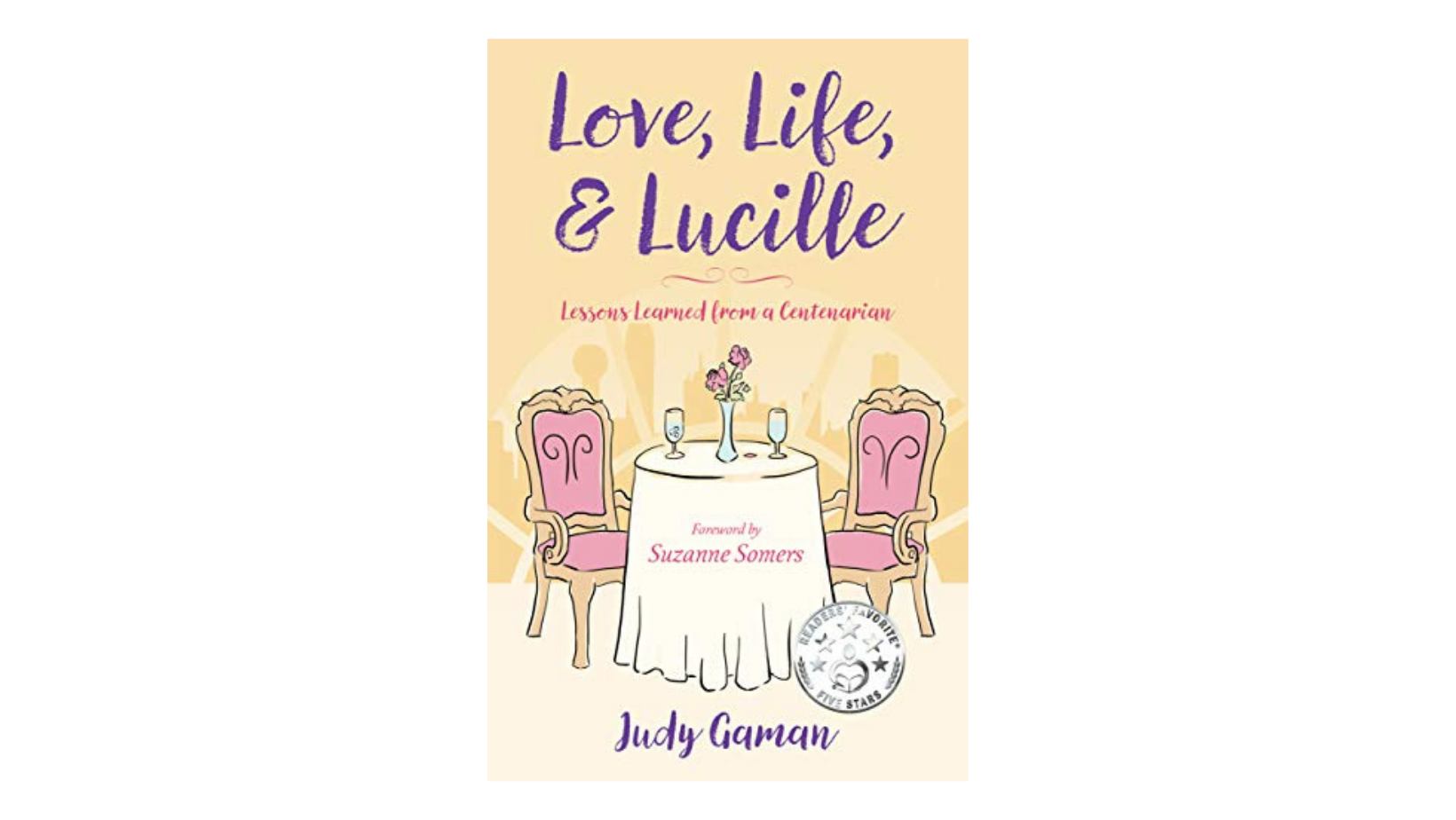 What Really Matters in Love and Life? Ask a 100-Year-Old Woman

A few years ago, author Judy Gaman was writing a book on the subject of longevity, so she set up an interview with a 100-year-old woman named Lucille Fleming. There was no way Judy could know that her own life was about to take a new, healthier and happier path, thanks to the wisdom of this remarkable centenarian. You might even say that Lucille became her “mother figure,” in the sense that she opened Gaman’s eyes to what really matters in life.

Gaman shares Lucille’s secrets to living a long and meaningful life in her book, Love, Life and Lucille: Lessons Learned from a Centenarian, which has touched the hearts of readers everywhere and drawn rave reviews.

Marybeth Conley, anchor for WREG-TV News Channel 3 in Memphis, said, “Grab a tissue and strap in! This emotionally charged memoir will have you busting out laughing one minute and crying the next. Judy paints the picture masterfully and leaves the reader forever touched by Lucille’s wisdom. My listeners still talk about how charming Lucille was, even years after my interviewing her!”

In her own words, Gaman says she was so busy making a name for herself that she barely took the time to enjoy life or simply stop to breathe. She spent every day going full speed ahead without looking back. And then she met Lucille Fleming.

Gaman described Lucille as “an elegant and spirited woman who had just recently turned 100,” one who “had the fashion and style of old Hollywood, but it was all hidden behind the doors of her senior living center. What began as a quick meeting became a lasting friendship that transformed into an inseparable bond. Lucille brought incredible wisdom and great stories to the table.”

Together, the two began living life to the fullest and met many interesting people along the way, including actor and icon Suzanne Somers, who joined Lucille and Gaman on stage for an event about longevity (Somers also wrote the forward to Gaman’s book).

But then Lucille’s life came to an end at age 103 through unexpected and unfortunate circumstances ― and the very first lesson she ever taught Gaman proved to be the most important one of all.

As a media expert, she has appeared on hundreds of television, radio and podcast interviews. Judy recently released the pilot for Front Row to CEO, a talk show where she interviews some of the most interesting CEOs in an engaging and inspiring way.