Can a small group of people change an entire public library? If HB 2044 were to pass in Missouri, this could be a new reality, wherein censors will have the power to defund libraries based on their personal beliefs regarding materials in public library collections for minors. 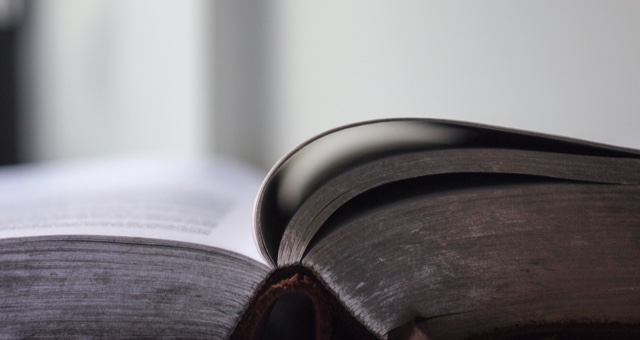 Representative Ben Baker, R-Neoshi, has introduced new legislation to the Missouri House of Representatives that could change the way libraries select materials for their communities and receive necessary funding for their operation.

The current bill notes in detail how libraries receive state funding. It’s based on a number of factors including size of the community, and it indicates where and how the libraries shall work with the State Librarian for further funding via grants. What Baker proposes in HB 2044, though, would alter the eligibility rules for state funding. Public libraries in the state of Missouri seeking funds from the state would be required to follow to a new set of rules about juvenile material access.

As the proposed bill reads:

“1. This section shall be known and may be cited as the “Parental Oversight of Public Libraries Act”

2. As used in this section, the following terms mean:

(1) “Age-inappropriate sexual material”, any description or representation, in any form, of nudity, sexuality, sexual conduct, sexual excitement, or sadomasochistic abuse, that:

(a) Taken as a whole, appeals to the prurient interest of minors;

(b) Is patently offensive to prevailing standards in the adult community with respect to what is appropriate material for minors; and

(3) “Public library”, any library that receives state aid under section 181.060 and that provides public access to age-inappropriate sexual material.”

What’s particularly concerning, though, is what follows in the bill:

“3. Each public library shall establish a parental library review board as provided 18 in this subsection.

(2) The board shall be composed of five adult residents of the public library’s geographical area. Each board member shall serve a term of two years. Any vacancy shall be filled in the same manner in which the member was initially elected, except that if a member vacates the office before the end of the member’s term, the vacancy shall be filled for the remainder of the unexpired term only. No member of the board shall receive any compensation for any actions related to fulfilling board duties. No member of the board shall be an employee of the library, the state, or any political subdivision thereof.

(b) The board may order any material deemed to be age-inappropriate sexual material to be removed from public access by minors at the public library.

In other words, members of the review committee for youth materials will be selected not based on merit, but rather, on ability to show up to a meeting and garner majority support. As has been seen time and time again with censorship cases throughout the U.S., it’s the work of people like Safe Libraries and the Florida Citizens Alliance who rally behind one another to seek removal of materials they deem “inappropriate.” In the case of Missouri’s bill, libraries would need to inform voters about the upcoming meeting and only those in attendance can vote on those who’d make decisions about library materials. This leaves plenty of space for small groups of vocal opponents to freedom of information to make critical decisions about library materials, which will directly impact funding of those libraries.

Worse still, the decisions made by these boards will be final. Libraries, staffed by well-educated and trained individuals, will have no opportunity to support materials being pulled. Their input would be prohibited, effectively making material selection for youth collections one made by committees of unqualified, untrained, and potentially exceedingly biased individuals within a community.

And for libraries that don’t comply with the development of a community selection board or their book removal decisions: “5. Any public library personnel who willfully neglects or refuses to perform any duty imposed on a public library under this section, or who willfully violates any provision of this section, is guilty of a misdemeanor and on conviction shall be punished by a fine of not more than five hundred dollars or by imprisonment in the county jail not to exceed one year.”

They are guilty of a misdemeanor.

Putting the responsibility of material selection and deletion into the hands of a small portion of any community not only means that interpretation of “appropriate” is left to their choices, but it will further create rifts in access to materials. Some libraries may have no problems, while others face severe restriction of materials, limited to a single frame of belief.

This counters every principle upon which public libraries stand.

Baker’s ultra-conservative and Evangelical beliefs have played a significant role in his proposed legislation this year. He’s also introduced a bill requiring “In God We Trust” to be posted at schools and that would encourage a Bible studies unit in public schools. Baker is a minister and former dean of Ozark Bible College.

What You Can Do

As of this writing, there’s been very little uproar about this bill or the implications of it. Start writing and shouting. Whether you’re in Missouri or not, your rights and the rights for young people to access information vital to them are at stake.

We’ve got new perks over at Book Riot Insiders, including the Epic Group Read! Sign up for your free trial today!

8 New Books You Won’t Be Able to Put Down

A Feminist Cookbook Meant to Inspire Fuels Outrage Instead

Pamela Adlon Fuels Her Hectic Life With Fosse and ‘Fame’

A Supreme Court for the Rich