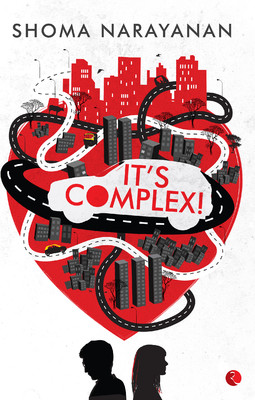 “Its Complex” is the story of Jai, an impractical young author who moonlights as a driver and Nikita, an ambitious career woman bent on marrying for money.  The story is set in a swanky Mumbai housing complex called Carlton Towers where harried working mom Shilpa and her almost-unfaithful husband lead their own complex lives, as do a frustrated housewife, a pretty maidservant and Shilpa’s hot-but-vengeful NRI ex-boyfriend.

Unlike Shoma previous novels Mills and Boon, “It’s Complex” has multiple story threads.  (It’s Complex is general fiction, and is published by Rupa Publications).  So the Bollywood starlet has her own complex relationship with the PR magnate, while the pretty maidservant has an unrequited crush on her oblivious employer – and all of these sub-plots tie in with the main plot to make an exciting Bollywoodish khichdi!

Fall Is Now Jam-Packed for Book Publishers. That Could Be a Problem.