I’m so excited about the new books coming out in 2020! My 2020 TBR list is growing and growing, and my guess is that yours is too. So why not add a few more great books?

Below I’ve rounded up six books by independent presses that I’ve read and loved and four more that I’m hoping to read soon. They include a memoir, a work of literary criticism, an anthology, and many types of novels, from the satirical to the fabulous to the philosophical to the realistic.

Independent presses have so much to offer for every kind of reader. So check out the list and see what strikes your interest! 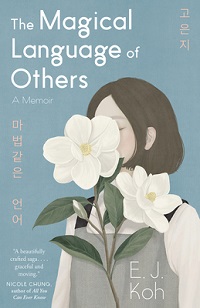 The Magical Language of Others by E. J. Koh (Tin House Books, January 7)

The Magical Language of Others is beautiful as an object as well as a piece of writing. It tells the story of Koh’s parents’ decision to return to South Korea for work, leaving her as a 15-year-old in the care of her older brother. During their separation, Koh’s mother wrote her letters in Korean, images of which are scattered throughout the book, along with Koh’s own translations. Her separation from her mother was traumatic. She writes of her struggle to come to terms with her parents’ decisions and looks back at her grandparents’ stories to examine how personal and national history shapes a family. Koh’s success as a poet shines through in the beauty and delicacy of her prose. This book explores writing and translation as well as a telling a coming-of-age story. It’s a powerful look at family, culture, language, and selfhood. 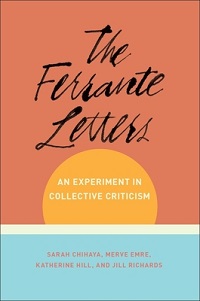 This book is a must-read for anyone who loves Elena Ferrante and for anyone who wants to think about new directions in literary criticism. Four critics got together and decided to read Ferrante’s Neapolitan novels over the course of a summer and write letters to each other about the experience. This book collects those letters and also includes a more formal essay by each author developing ideas explored during the group reading. The letters and essays mix personal responses to the books with insights into their artistry: their characters, style, themes, etc. As a Ferrante fan, and as someone who likes innovative writing about literature, I loved this unusual form of criticism. The letters and essays felt intimate, ground-breaking, and vital. I would love to see more academic criticism that is communal and unafraid to acknowledge that it’s written by real people whose lives, experiences, and emotions affect their interpretations. 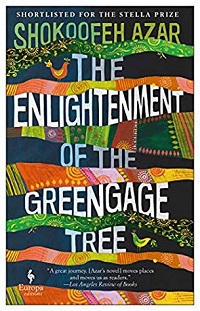 The Enlightenment of the Greengage Tree by Shokoofeh Azar (Europa Editions, January 7)

This novel was originally written in Farsi, but the publishers have withheld the translator’s name “for reasons of safety and at the translator’s request.” It takes place in Iran after the revolution of 1979. We find out early on that the book’s narrator is a ghost: she is Bahar, a 13-year-old who died in Tehran during the revolution. This prompts her family to flee to a remote village where much of the story takes place. Bahar’s account of what happens in the village draws on Persian storytelling traditions. The novel is full of fabulous tales of jinns, mermaids, people who can fly, ghosts who are ever-present and can talk, and more. It’s also full of details about the violent aftermath of the revolution as the characters try to move on with their lives. Shokoofeh Azar has found a brilliant way to use myth to record harsh truths about political and cultural upheaval. 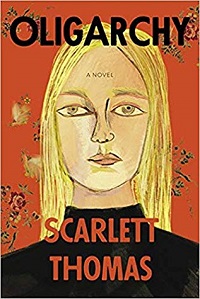 Scarlett Thomas has a truly wicked sense of humor. Oligarchy is like a Megan Abbott novel with a heavy dose of vicious satire. This novel tells the story of an English boarding school for girls. The story begins when a Russian teen, Natasha, arrives late for the school year and tries to settle in. Her classmates are obsessed with food and dieting, and she isn’t sure what to make of it. They live in isolation with extremely limited internet access, so it’s a hothouse of gossip, judgments, fads, shifting friendships, and crushes on teachers. As the girls’ obsession with dieting intensifies and then one of their classmates disappears, the mood gets more and more ominous. Thomas manages to interrogate dieting culture, boarding schools, and the habits of the rich, while never losing her pitch-perfect, hilariously cynical, utterly wicked voice. 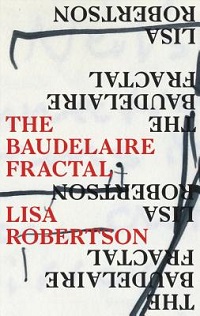 This meandering, philosophical novel takes place mostly in Paris but also Vancouver, London, and the French countryside. It’s the story of a young woman, Hazel Brown, who leaves home to try to live life fully. She ends up in Paris, trying to survive but mostly spending her time reading, thinking, and searching out experiences. She’s looking back on this history from the perspective of older adulthood. The novel is not driven by plot, but rather by ideas. Robertson explores identity in relation to art and literature: at one point, Hazel Brown wakes up to discover she’s written the complete works of Baudelaire. This bizarre event is a way to think about how we are shaped by language and how we shape it ourselves. The novel explores what it means to be a girl and a woman, how women are both subjects and objects of art, and how language, time, rooms, clothing, the mind, and the body intersect and intertwine. It’s brilliant, strange, and unlike anything I’ve read before. 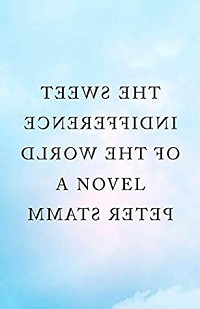 The Sweet Indifference of the World by Peter Stamm, Translated by Michael Hofmann (Other Press, January 21)

This is a story about writers and artists. Its characters wander through European cities, talking about feelings and thoughts. It’s also a philosophical mystery story with doppelgängers and uncertain identities. Christoph and Lena meet in Stockholm and begin a conversation that extends through the whole book. Lena is remarkably similar to Magdalena, Christoph’s former girlfriend. Lena’s boyfriend, Chris, looks exactly like a younger version of Christoph. Is the younger couple another version of the older one? Will their lives follow the same path? Lena and Christoph are both sharply-drawn, vivid characters. The Sweet Indifference of the World explores questions of time, identity, and art in prose that is dreamy, melancholic, and beautiful.

And finally, here are some more independent press books out this month that I’m adding to my TBR, and you might want to add to yours.

The Heart of a Stranger: An Anthology of Exile Literature edited by Andre Naffis-Sahely (Pushkin Press, January 14): a diverse anthology of writing about the experience of exile, including work from a range of genres and time periods.

Virtuoso by Yelena Moskovich (Two Dollar Radio, January 14): a novel about Jana, originally from the Czech Republic, and Aimee, a woman in Paris, and how their lives intertwine.

The Seep by Chana Porter (Soho Press, January 21): a work of literary science fiction about an invasion by an entity called “the seep” and how it changes the life of a trans woman, Trina.

The Teacher by Michal Ben-Naftali, Translated by Daniella Zamir (Open Letter Press, January 21): a novel based on the true story of a holocaust survivor, Elsa Weiss, when her former student decides to investigate her mysterious life.

Looking for even more great independent press books? Check out my round-ups from November and December.

You’re Not Going to Kill Them With Kindness. You’ll Do Just the Opposite.

A Feminist Cookbook Meant to Inspire Fuels Outrage Instead

Pamela Adlon Fuels Her Hectic Life With Fosse and ‘Fame’

A Supreme Court for the Rich